President Donald Trump explained his wife’s decision to wear a jacket reading “I really don’t care, do you” during a surprise visit to the U.S.-Mexico border, in a Thursday evening tweet.

“I REALLY DON’T CARE, DO U?” written on the back of Melania’s jacket, refers to the Fake News Media. Melania has learned how dishonest they are, and she truly no longer cares!

Melania Trump’s jacket ignited a media firestorm after The Daily Mail noticed the back of her jacket worn while she boarded her flight to McAllen, Texas, where she visited illegal immigrant children. The jacket was identified as a 39.99 jacket from the retailer Zara. 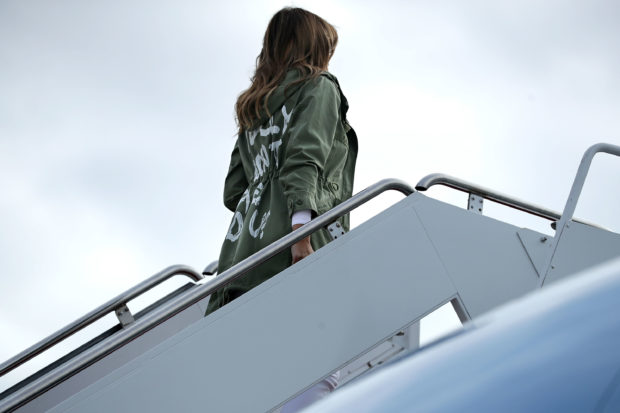 Melania continued to wear the jacket on her way off the airplane despite widespread media scrutiny. 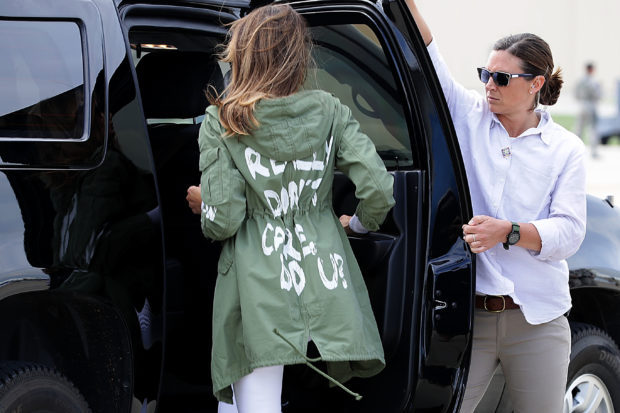 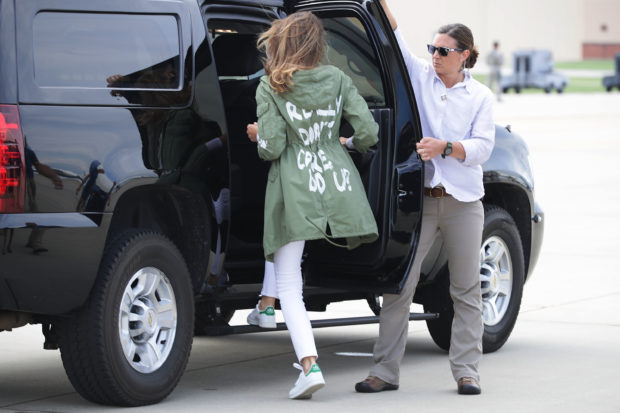 Her spokeswoman Stephanie Grisham previously claimed there was no “hidden message” behind the jacket and hoped that the controversy over it would not overshadow her visit. The first lady’s office made clear the trip was her idea and borne out of her desire to show she cared deeply about illegal immigrant children.