Kanye West opened up about the time he said slavery seemed like a “choice” to him and explained why he thinks President Donald Trump and himself share “dragon energy.”

“I said the idea of sitting in something for 400 years sounds like a choice to me. I never said it’s a choice. I never said slavery itself — like being shackled in chains — was a choice,” the 41-year-old rapper shared in a New York Times article Monday. 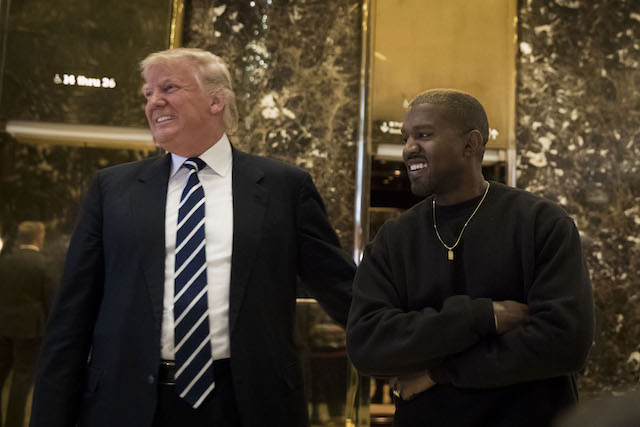 “That’s why I went from slave to 400 years to mental prison to this and that,” he added. “If you look at the clip, you see the way my mind works. I learned so much. I learned about the context of the idea of the word slave. I didn’t take it in that context.”

“I think that my personality and energy mirrors Nat Turner, or it had in the past, but that showed me that also that Nat Turner approach would land me in the same place Nat Turner landed, and that I would be legendary but also just a martyr,” he continued. “But I guess we’re all martyrs eventually, and we’re all guaranteed to die.”

West also talked about why he likes Trump and the backlash he got after showing support for the president and not Hillary Clinton.

“There were people who said Trump would never win. I’m talking about the it-will-never-happens of the world — people in high school told you things would never happen,” the rapper shared. “I felt that I knew people who voted for Trump that were celebrities that were scared to say that they liked him. But they told me, and I liked him, and I’m not scared to say what I like. Let me come over here and get in this fight with you.”

“I believe that I’m actually a better father because I got my [expletive] voice back, I’m a better artist because I got my voice back,” he continued. “I was living inside of some universe that was created by the mob-thought, and I had lost who I was, so that’s when I was in the sunken place. You look in my eyes right now– you see no sunken place.”