Israeli forces stationed at the border of Israel and Syria told dozens of Syrians making an apparent attempt to seek refuge from an advancing attack on their home soil to turn around.

Thousands of Syrians are fleeing to nearby borders as a Russian-backed Syrian army offensive aimed at reconquering the city of Dara’a creates a humanitarian crisis in their homeland, Reuters reports.

“Go back before something bad happens. If you want us to be able to help you, go back. Get a move on,” an Israeli officer reportedly told the hordes of people at the Israel-occupied Golan Heights.

The Syrians approaching the border fence slowly began to walk back towards their refugee camps, while some waved white flags at the officers.

“It’s their way of signaling they need new supplies,” an Israeli officer told Reuters on the condition of anonymity.

Syrian President Bashar al-Assad’s offensive has created the largest displacement of the war yet, and the United Nations said recently that nearly 160,000 Syrians are in movement towards various borders.

“We are not prepared to accept even one refugee. That’s not our job. There are lots of Arab countries, rich countries,” Defense Minister Avigdor Lieberman told Tel Aviv radio station 103 FM. 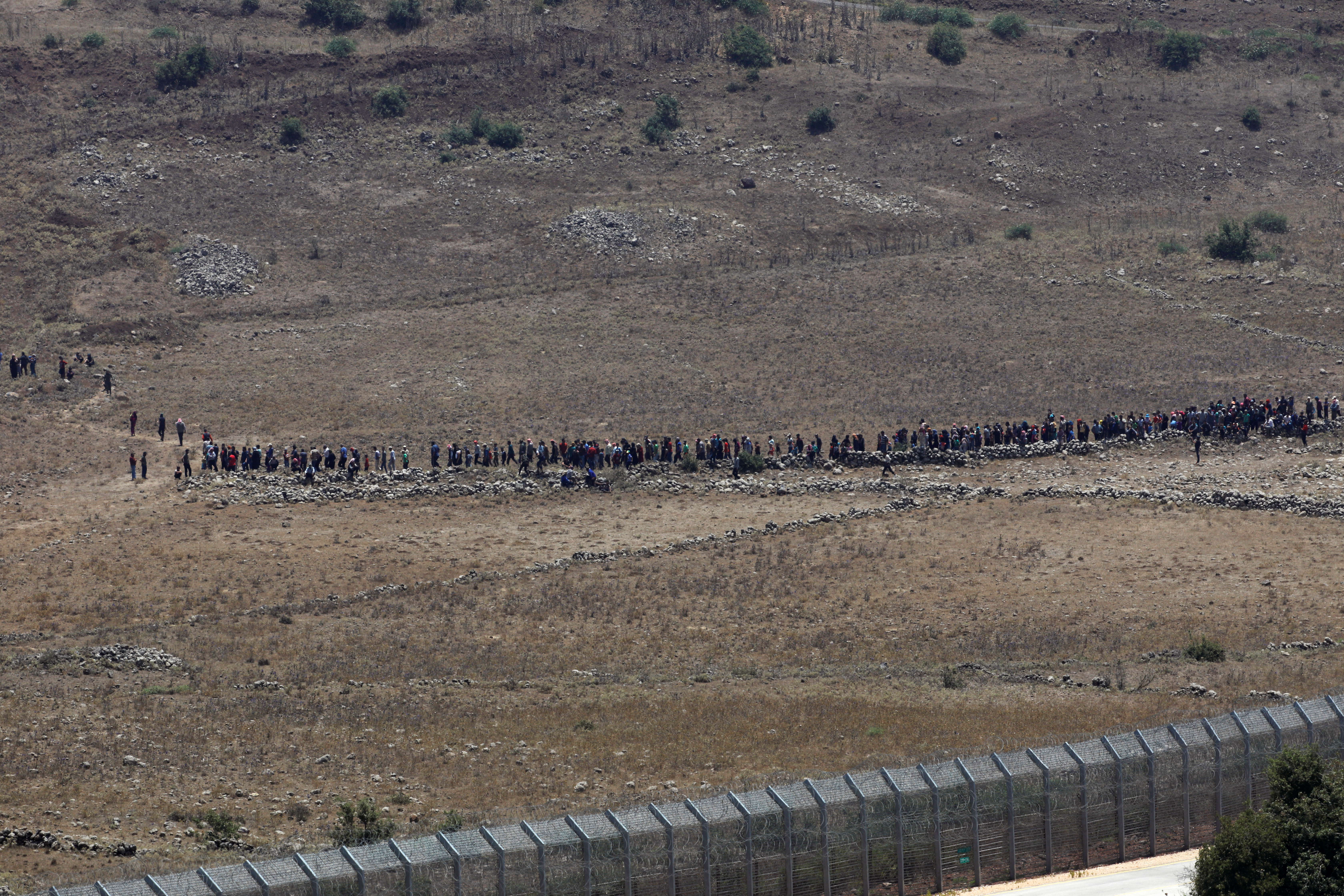 People start to walk away from the border fence between Israel and Syria at its Syrian side as it is seen from the Israeli-occupied Golan Heights near the Israeli Syrian border July 17, 2018. REUTERS/Ronen Zvulun

Avigdor also said on June 29 that while Israel will not be accepting any refugees, they will provide humanitarian aid by transporting food, clothing, shoes and tents to the camps. He also noted that Israel has provided thousands of refugees with medical treatment since 2011. (RELATED: Israel Passes Law To Ban Some Left-Wing Speakers At Schools)

“I think that we have really done all that can be done,” he told the radio station, according to Reuters.

One Syrian refugee told Ynet News that the scores of people are in “life-threatening” danger, and that he hopes “Israel will be able to take us in and we will continue from there to European states.”

“Assad’s army is a distance of six kilometers from Quneitra. If they let us in, we will never forget it,” he said.

“Go back, we don’t want to hurt you,” one soldier reportedly called out to the crowd that included women and children, who were as close as 200 yards to the border.