“Wolf Blitzer’s inability to tolerate someone not accepting the enforced groupthink is absolutely FASCINATING to watch.”

“Oh lord,  @joenbc says he has a friend who said yesterday was the worst thing to happen to U.S. since 9/11. That is….insane.” — Washington Free Beacon‘s David Rutz.

BuzzFeed‘s Ben Smith is so sensitive

His words were published in WSJ. Read the rest of his dickishness here.

“Stepped out into this torrential NYC rainstorm and immediately took cover in a nearby doorway. “Don’t be afraid,” a man shouted at me, after rolling down the window of his truck. ‘It’s only water!’ What would women do without men telling us basic facts disguised by flirtation?” — Marisa Kabas, editorial director, HOPE.

Water in the Capitol!

“Water is streaming through the ceiling in the Cannon tunnel in the Capitol.” — Daniel Newhauser, reporter, National Journal.

CNN’s Cillizza is still not funny

“This is not not a bad explanation for why Trump said what he did in Finland on Monday.” — CNN’s Chris Cillizza.

Jack Mirkinson, editor of Splinter News, replied, “Chris seriously thank you so much for this.”

“This goes without saying, but this excuse is completely laughable.” — Matt Lewis, senior columnist, The Daily Beast.

Morale of story: Hold off on buying your child a cell phone

“My daughter saved her money and wanted to buy a phone.. so I caved and got her a plan (with hardcore parental settings)… now she keeps calling me instead of walking downstairs if she needs water or something. What have I done?” — Gateway Pundit‘s Cassandra Fairbanks.

Reporter has a q about scissors

“My Uber driver just handed me a wad of napkins to dry off since I was drenched five minutes after starting my walk home from office. 5 Stars” — Cameron Hawthorne, media analyst, Washington Free Beacon.

“Respectfully I’m not throwing shade at Tucker or anyone. I’m just stating some facts that viewers of the president’s comments may not know.” — Jake Tapper, CNN, in response to this story on Mediaite: “Jake Tapper Throws Wicked Shade on Tucker Carlson and Trump for Montenegro Remarks.” See here.

A picture of my coworker’s shoes… 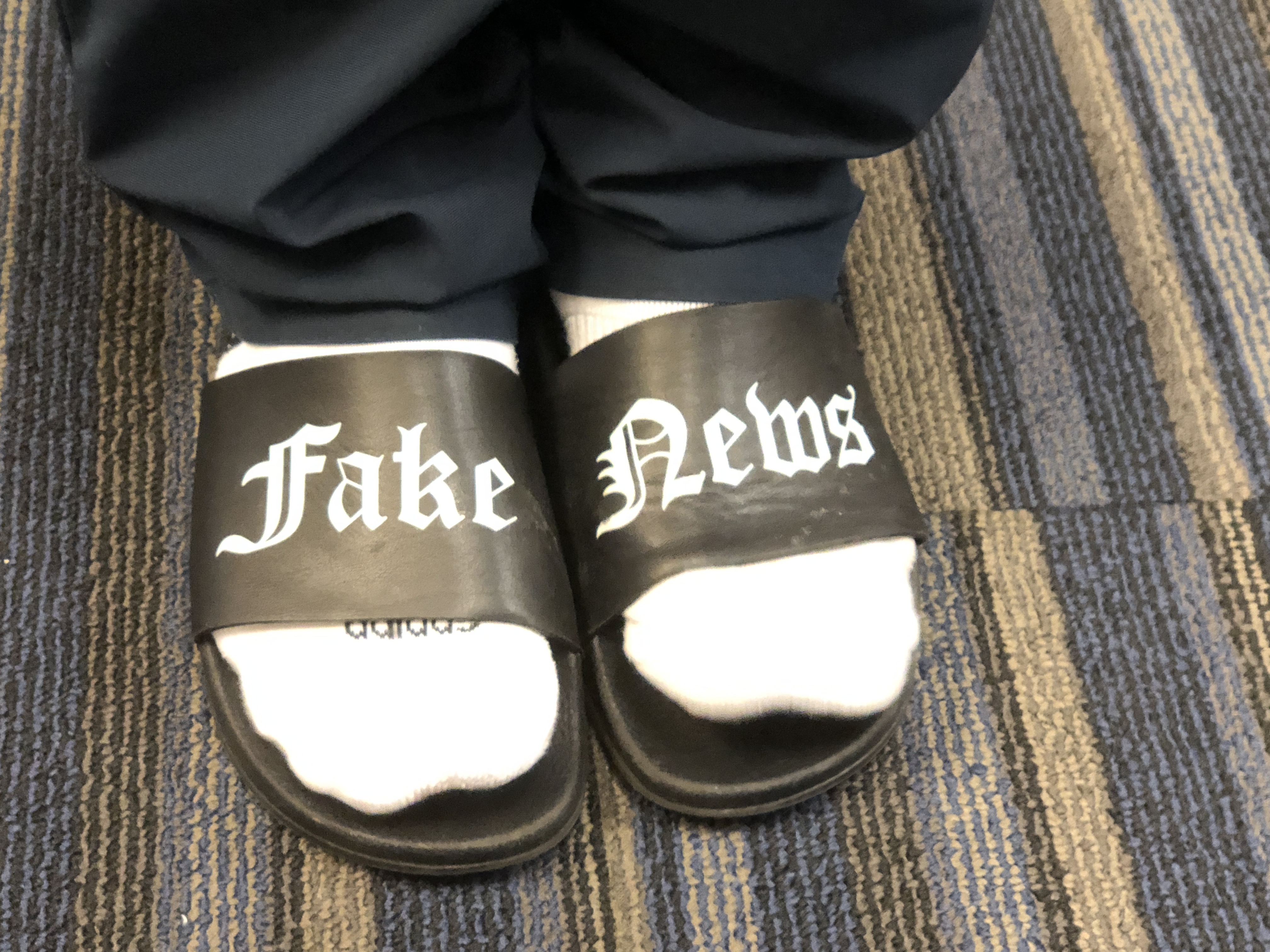 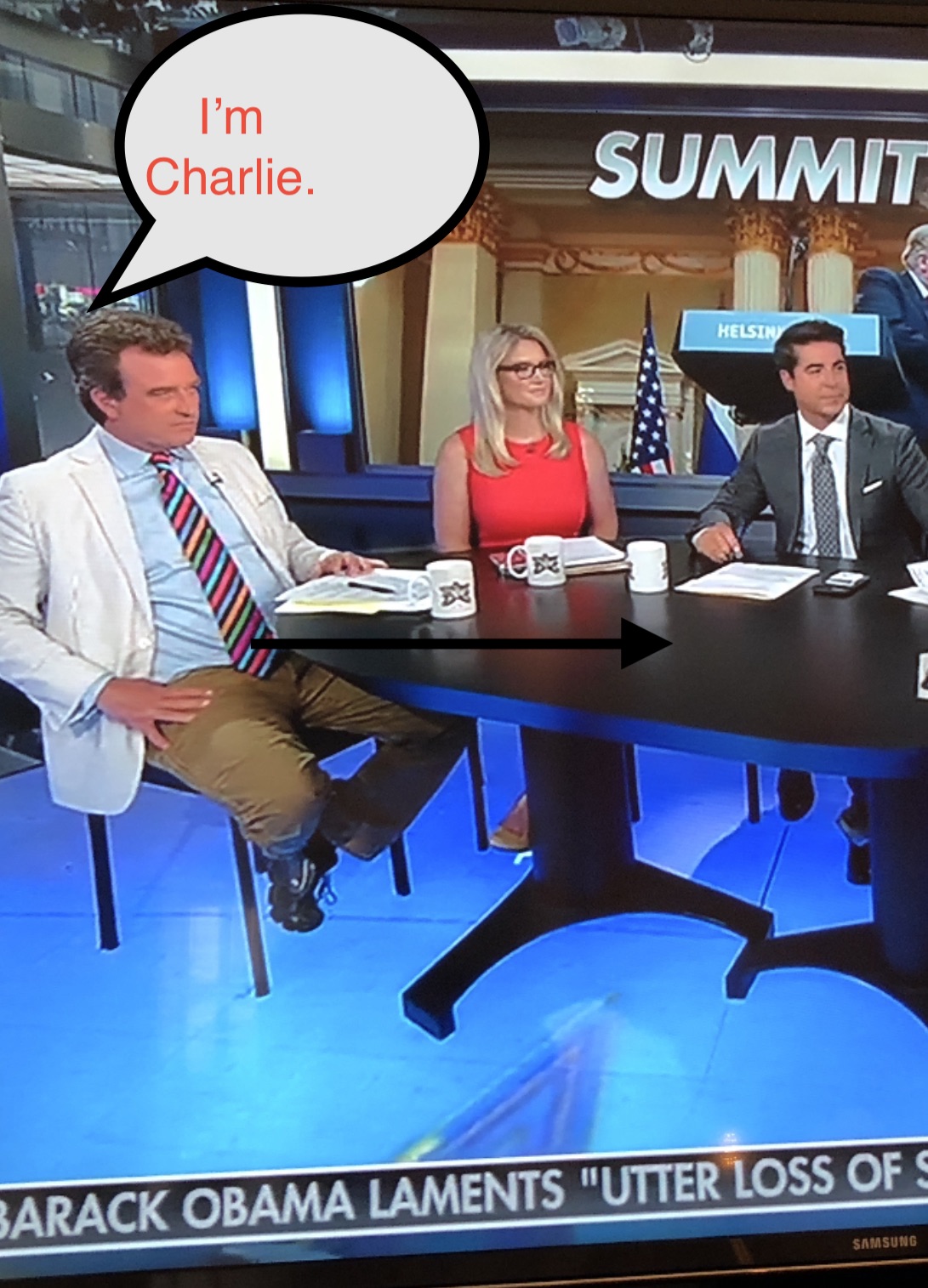 Looks like ex-White House Communications Director Anthony Scaramucci is completely out of her mind. 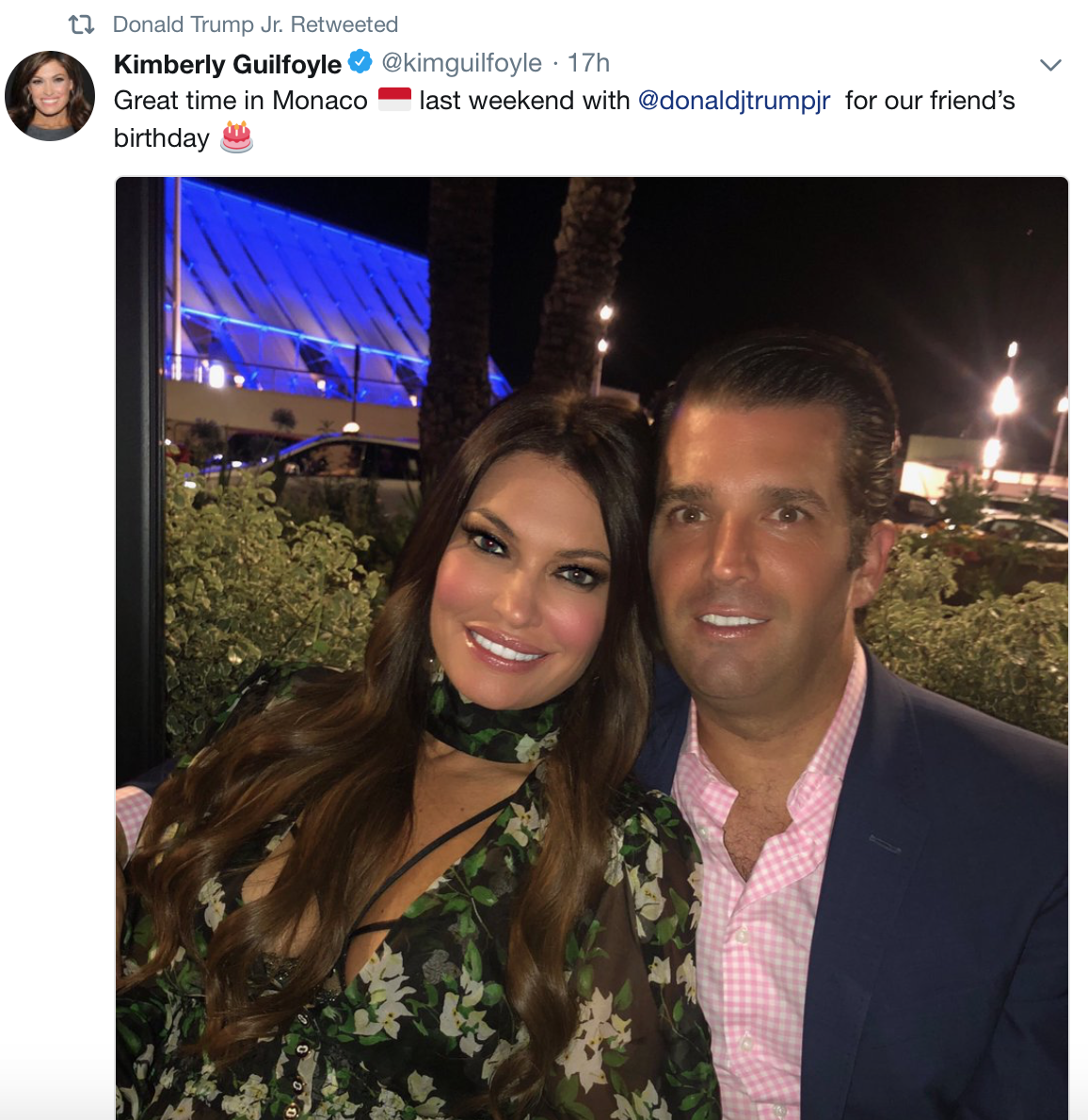 1
'I SURE DID, F*CKER': Kathy Griffin Doubles Down On Hoping Trump Gets Stabbed With Potentially Fatal Air-Filled Syringe
US
2
Fauci Softens Predictions For Coronavirus Second Wave — Not An 'Inevitability'
Politics
3
New Video Shows Moments Leading Up To George Floyd Being Pinned On Ground
US
4
Grenell Declassifies Document Said To Be 'Very Significant' To Origins Of Russia Probe
Politics
5
Here Are The Americans Most In Bed With The Chinese Government
World