NBA superstar LeBron James recently announced he would make the earth-shattering move from his hometown Cleveland Cavaliers to play for the storied franchise of the LA Lakers, and most Lakers fans are understandably pumped for The King’s arrival.

#Lakers won the off-season.. it’s not up for debate..we got rid of Ennis we had a great draft..and we signed the best player in the world LeBron James.. no one can beat that.

But there are some faithful Kobe Bryant fans that just can’t accept the fact that there’s a new sheriff in town.

A mural of LeBron in his new Laker threads was painted in the city and named “The King of LA” by its artist Jonas Never, according to the New York Post. 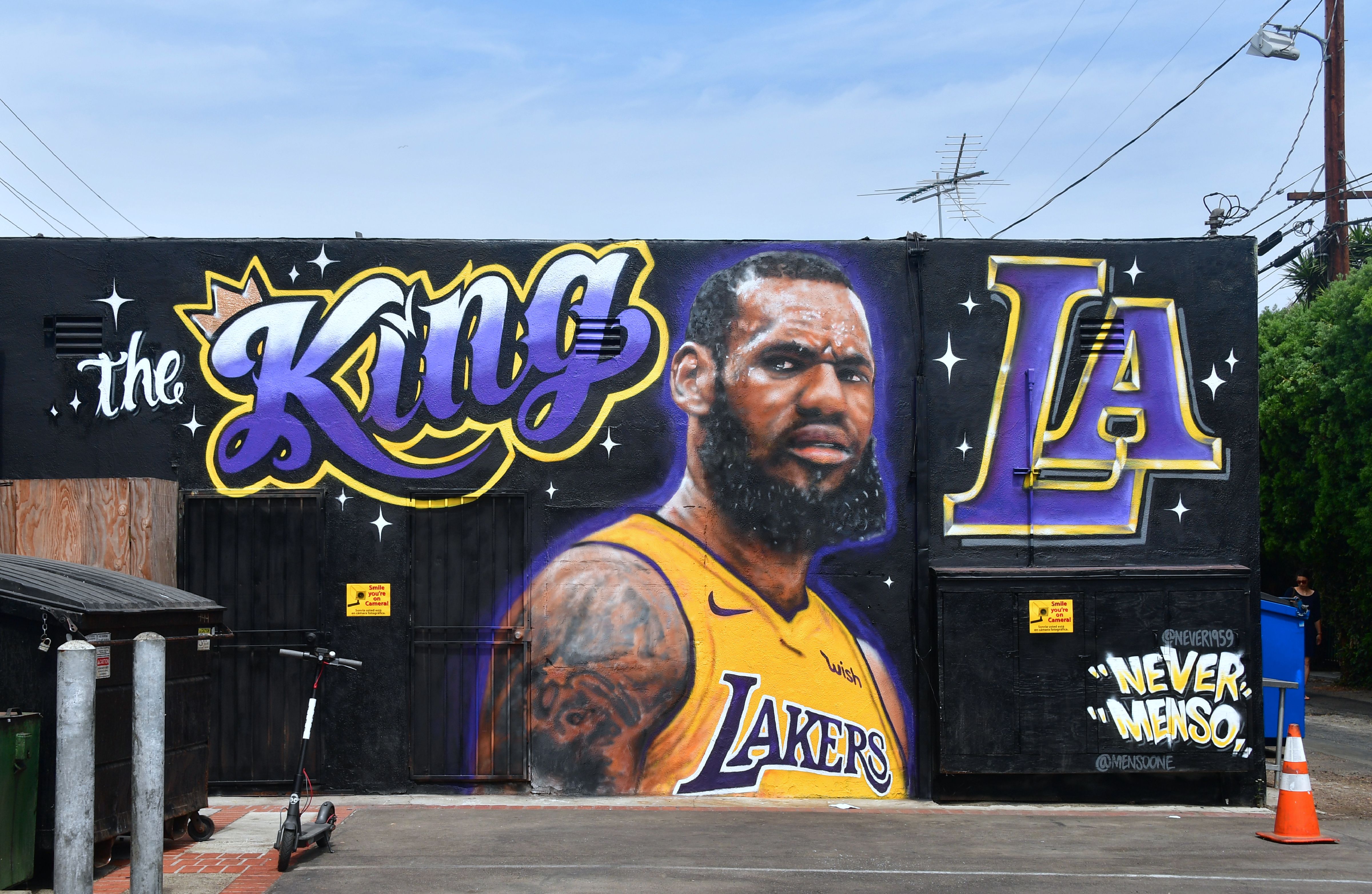 A mural of LeBron James in a Los Angeles Lakers jersey is viewed in Venice, California on July 9, 2018. – It was originally revealed July 6, 2018, and then vandalized over the weekend, and re-touched up again with the word “of” not repainted from the original words “the King of LA”. Artists Jonas Never and Menso One painted the mural to welcome LeBron James to Los Angeles, outside the Baby Blues BBQ resturant in Venice, California. (Photo by Frederic J. BROWN / AFP)

Unfortunately, the mural was then vandalized twice within the span of 5 days with various biting phrases and jabs at the 14-time all-star such as “We Don’t Want You” and “3-6,” a reference to James’ record in the NBA Finals.

The artist ultimately painted over the mural to avoid this type of drama surrounding his art.

But now another mural has popped up with the pro’s depiction, this one painting James in a more respectful light, looking up to Laker legends like Magic Johnson, Kobe Bryant and Shaquille O’Neal.

Can you guess what happens next?

Yes, this mural was also defaced.

For the second time this month, a mural of new #Lakers superstar LeBron James has been vandalized, this time in the Fairfax District. https://t.co/uRqxg0EJe0 pic.twitter.com/htZoA2YVG0

The artist, Gustavo Zermeno told ESPN he made the mural to convey the message that LeBron is coming to the Lakers with a sense of respect. Despite the artist’s intentions, the mural was still splattered with white paint.

He did, however, say that “40 to 50” Laker fans stopped to help him fix the mural. He also noted how surprised he was that some people did not approve of LeBron as a Laker.

The team’s owner Jeanie Buss seemed to echo that sentiment when she tried to deny that Lakers fans had any involvement in the vandalism at all.

“If they’re doing that, then they’re not Lakers fans. I didn’t realize how many people from Boston live in Los Angeles”- @JeanieBuss on Fox Sports Radio about the murals of LeBron James getting defaced in Los Angeles pic.twitter.com/jV1P8ENVsj

It does make me wonder: James is clearly a guy who cares a great deal about his legacy — is his Laker legacy being dragged down before it even gets off of the ground?