Early media coverage of the indictment of Republican Congressman Chris Collins stands in stark contrast to that of the corruption trial of Democratic Sen. Bob Menendez last fall.

Although the charges had nothing to do with Collins’ relationship to Trump, that connection was put front and center on many of the breaking news stories on the indictment.

The New York Times, for example, mentioned in the lead of their story on the indictment that Collins was “one of President Trump’s earliest and most vocal supporters.” 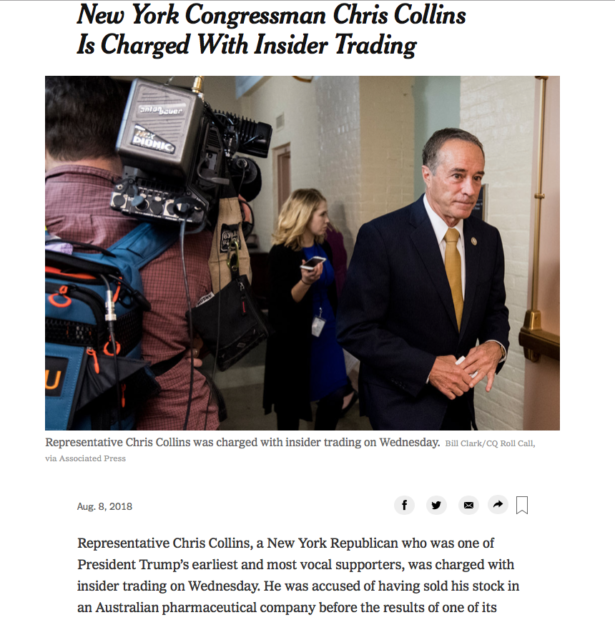 POLITICO similarly wrote in the second paragraph, “The third-term congressman … was the first member of Congress to back President Donald Trump’s candidacy during the 2016 election.” 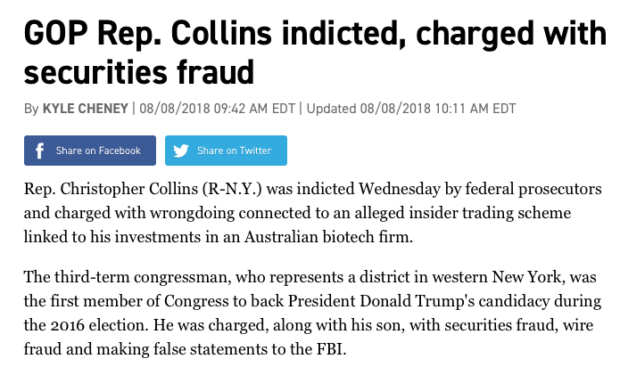 Newsweek and The Independent even put Collins’ connection to Trump in their headlines, referring to him as “Donald Trump’s First Congressional Supporter” and “First congressman to back Trump,” respectively. 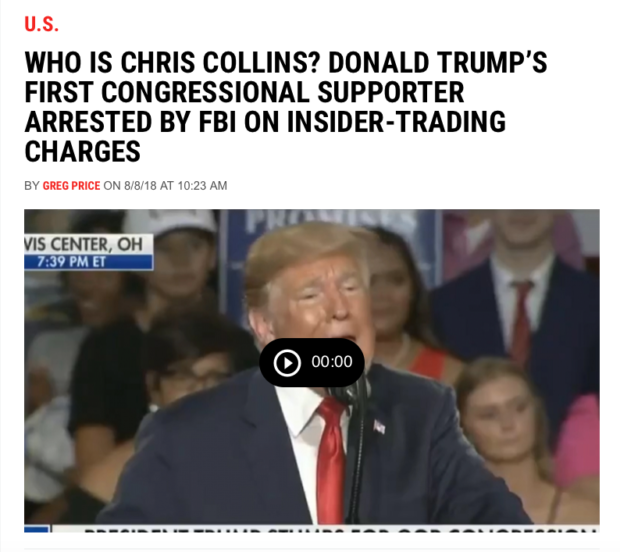 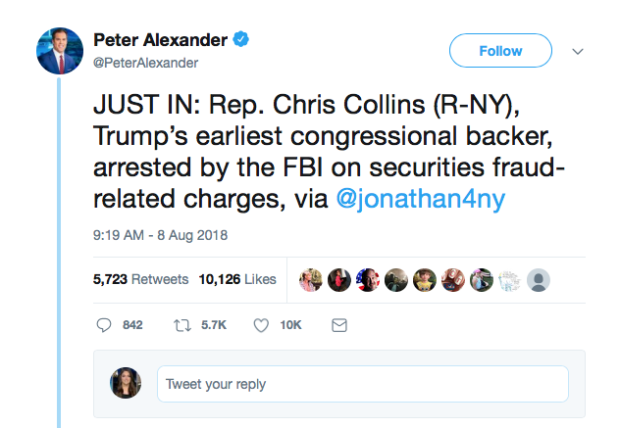 Comparatively, when Democratic Sen. Bob Menendez was going on trial for corruption-related charges, many print outlets declined to even mention his party affiliation. (RELATED: Media Fails In Coverage Of Sen. Menendez Corruption Trial)

The New York Times, despite mentioning Collins’ party affiliation and Trump ties in their lead, managed to write an entire 1300-word story on the Menendez trial without once mentioning that he is a Democrat. Menendez’s party affiliation was later added to the piece, but even then it was slipped into the fourth paragraph. (RELATED: NYT Writes 1300 Words About Dem Senator’s Corruption Trial Without Mentioning He’s A Democrat)

NBC News, when republishing a wire from the Associated Press, mistakingly said in their lead that Menendez is a Republican. The mistake was not published in the original AP report, suggesting that NBC News added it on their own. The article was not corrected for two hours. (RELATED: NBC NEWS Wrongly Claims Sen. Menendez Is A Republican)

The amount of coverage of the two cases has been vastly different as well. (RELATED: CNN Hardly Covers Menendez Trial, Despite Calling It ‘Big Deal’)

CNN, for example, only dedicated 14 minutes and 11 seconds of coverage to the entire first two weeks of the Menendez trial, yet they managed to spend 15 minutes on the Collins’ indictment in just the first segment of their 10 a.m. news hour — the first full hour of programming following the breaking news. CNN spent another 12 minutes on Collins during the first segment of the 11 a.m. news hour and has continued the heavy coverage since.

Meanwhile, cable news networks are giving wall-to-wall coverage of Collins and are breathlessly speculating about what his indictment means for Trump and the Republican Party.