“We’re being heavily censored on @Facebook. Our last 9 posts are reaching 0 of our 3 million followers. At least two videos were deleted last night for ‘hate speech’ including our recent video with @ConservativeMillen,” PragerU tweeted.

Our last 9 posts are reaching 0 of our 3 million followers. At least two videos were deleted last night for “hate speech” including our recent video with @conservmillen.

The official PragerU Facebook page is still up on Facebook at the time of publication. Its Facebook page reposts the same videos consistently and others can still be found on the page.

However, it appears that one specific PragerU social media administrator — the one who posted the videos that Facebook considered violated its “hate speech” policies — is unable to post on behalf of PragerU, resulting only other PragerU administrators being able to see the post. No one else can see the posts. 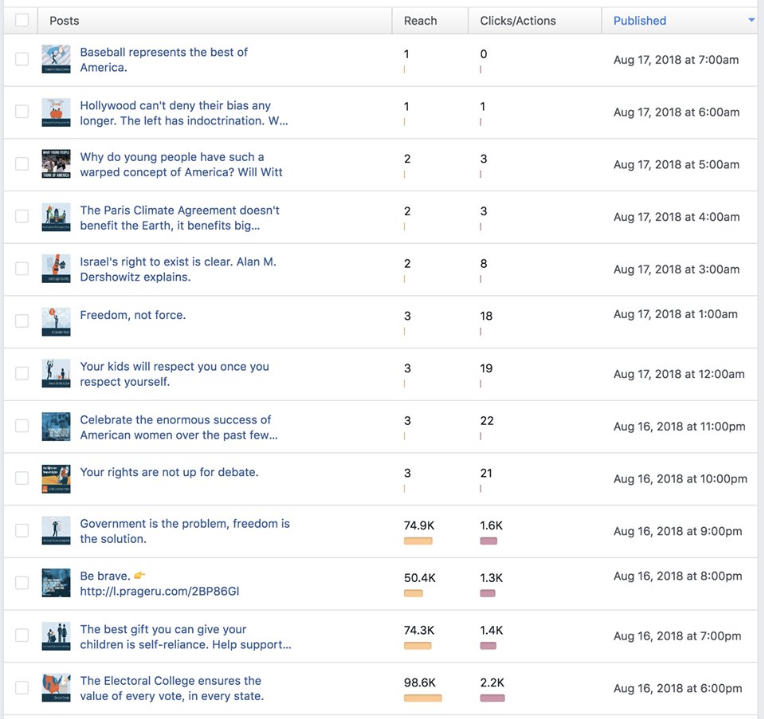 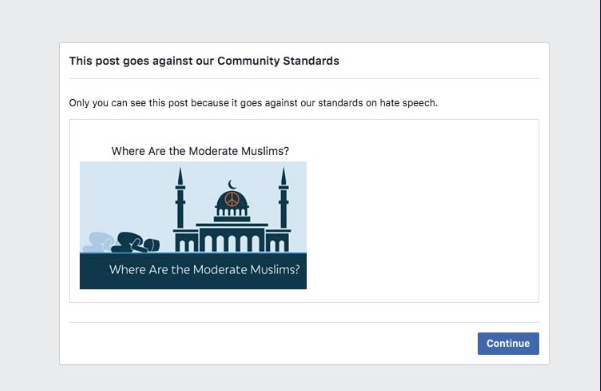 One of the deleted videos, titled, “Where Are the Moderate Muslims?” was most likely posted on Facebook on Thursday.

The presenter, Hussein Aboubakr, states that when he was growing up, his teacher and his Imam were happy when they heard about the terrorist attacks on the World Trade Center on 9/11.

Aboubakr points to a Pew Research poll that shows the overwhelming majority of Muslims in Egypt, Pakistan, Jordan, and Nigeria believe “any Muslim who chooses to leave Islam should be put to death,” women should be stoned for committing adultery, and people should be punished for criticizing Muhammad or Islam.

At end of the video, Aboubakr pleads for moderate Muslims to reform the religion around the world. 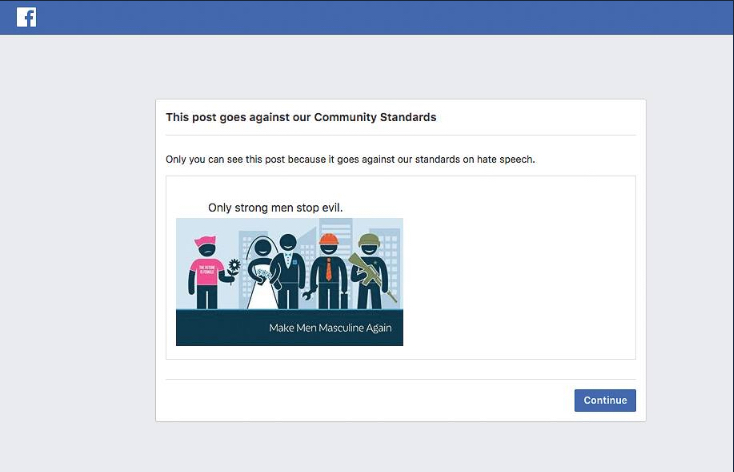 Another video, titled “Make Men Masculine Again,” was posted Aug. 6 and has also been deleted. The video, presented by conservative YouTube personality Allie Stuckey, presents an argument that making men feminine is both wrong and dangerous.

PragerU’s Chief Marketing Officer Craig Strazzeri in a statement Friday said the censorship was a first for PragerU.

“While we’ve experienced blatant discrimination from Google/YouTube, which is why we’ve filed legal action against them, this represents a whole new level of censorship by Facebook,” Strazzeri said. “At this point, Facebook has provided little clarity saying it will get back to us in another two to three business days, which in the world of social media might as well be an eternity.”

“This is very troubling behavior from the world’s largest social network,” Strazzeri added. “Not only are they obviously ratcheting up their algorithms to target mainstream, conservative content and labeling it as hate speech, but they are now completely blocking our posts from public view. This is shocking and it should deeply concern every single American.”

The legal action Strazzeri refers to is the lawsuit PragerU filed against Google in February for what it described as intentionally attacking the nonprofit.

Some of PragerU’s videos were demonetized on YouTube. According to PragerU, the videos didn’t violate YouTube’s terms of service or policies, The Daily Caller News Foundation reported. PragerU alleges YouTube, owned by Google parent company Alphabet, targeted them for their conservative ideology and violated its First Amendment rights.

The presiding judge, U.S. District Judge Lucy Koh, tossed out the lawsuit out March 26, citing that Google has no obligation to apply its services equally and that PragerU’s First Amendment rights haven’t been violated, The Daily Caller News Foundation reported.

“The videos in question were mistakenly removed. While we continue to research what caused this error, we have restored the content because it does not break our Community Standards and apologize for any inconvenience this may have caused,” a Facebook spokesperson told The Daily Caller News Foundation in an email.

Editor’s note: this article has been updated to reflect a response from Facebook.