The cartoon was published early Tuesday morning by Robert Mason with the tagline “Never Forget.”

The image depicts the Twin Towers in New York City reimagined as ballot boxes. A plane marked “Russia” is shown flying into the ballot boxes, suggesting that Russia took away the voting rights of Americans. (RELATED: Joe Scarborough Actually Called Trump A Bigger Threat To The Idea Of America Than 9/11 Attackers) 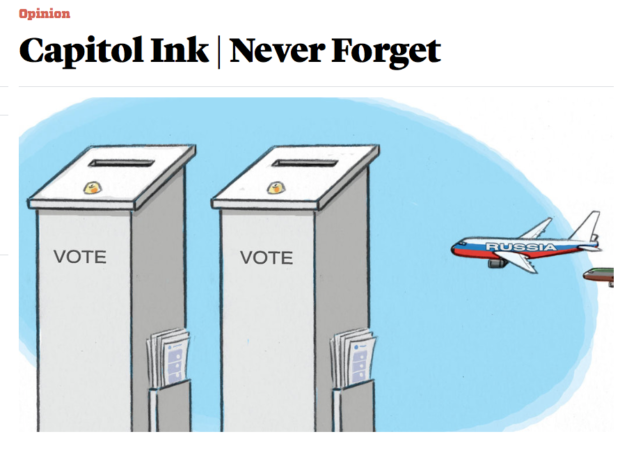 The cartoon was not accompanied by an article or any text beyond the tagline.

Tuesday is the 17th anniversary of the attacks. Nearly 3,000 people were killed when terrorists hijacked planes and flew them into both towers of the World Trade Center and the Pentagon. Another plane crashed in a field in Pennsylvania after passengers fought back against the hijackers.