The woman, Julie Swetnick, claims she “witnessed efforts by Mark Judge, Brett Kavanaugh and others to cause girls to become inebriated and disoriented so they could then be ‘gang raped’ in a side room or bedroom by a ‘train’ of numerous boys.”

Swetnick says she saw Kavanaugh and his friend Mark Judge in a line of boys who were “waiting for their ‘turn’ with a girl inside the room.” (RELATED: Here’s What Kavanaugh High School Calendar Looked Like During The Summer When Blasey Ford Said The Incident Took Place)

Below is my correspondence to Mr. Davis of moments ago, together with a sworn declaration from my client. We demand an immediate FBI investigation into the allegations. Under no circumstances should Brett Kavanaugh be confirmed absent a full and complete investigation. pic.twitter.com/QHbHBbbfbE

Swetnick claims the parties occurred in 1981 and 1982, when Kavanaugh was in high school at Georgetown Preparatory School in North Bethesda, Maryland. He graduated in 1983. Swetnick graduated from Gaithersburg High School in 1980 and went on to attend Montgomery County Community College in Germantown, Maryland from 1979 to 1985, according to a resume obtained by The Daily Caller.

She claims she herself was a victim of a “gang” rape in “approximately 1982” “where Mark Judge and Brett Kavanaugh were present.”

“This is ridiculous and from the Twilight Zone,” he said after Avenatti tweeted the claim. “I don’t know who this is and this never happened.”

Swetnick said that she went to at least 10 parties where Kavanaugh was present, and said she tried to avoid the punch at the parties because she suspected that it had been spiked.

Kavanaugh has forcibly denied the sexual misconduct allegations against him, and has said that he remained a virgin through high school and college. 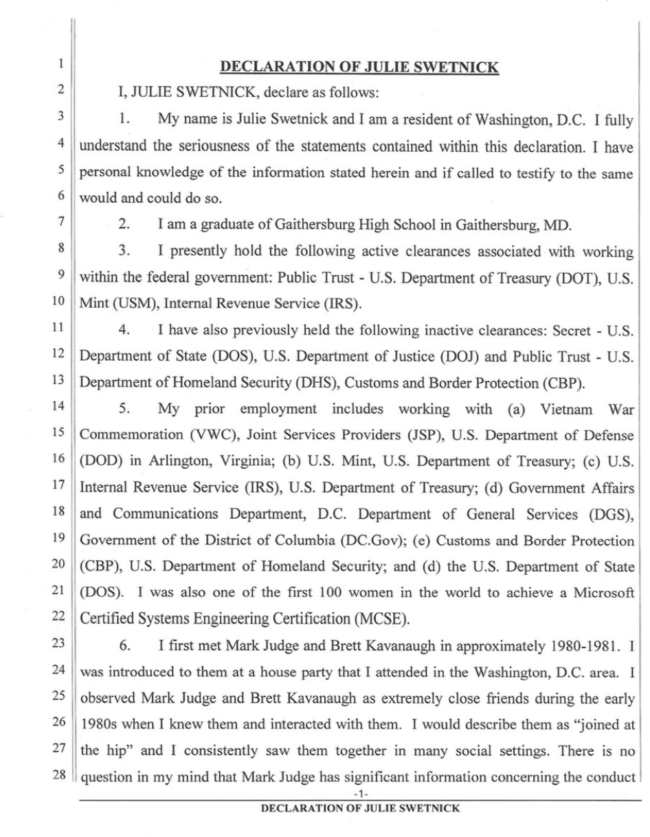 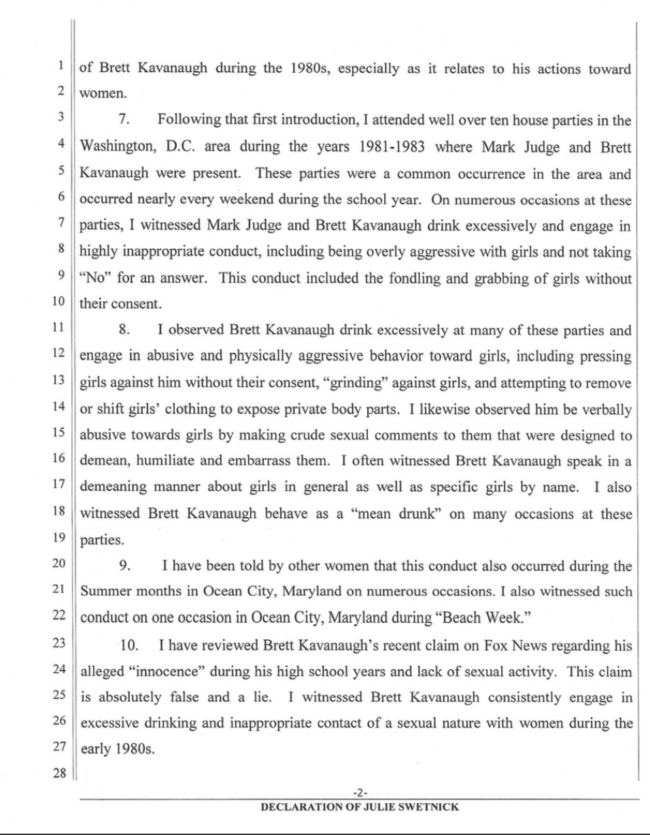 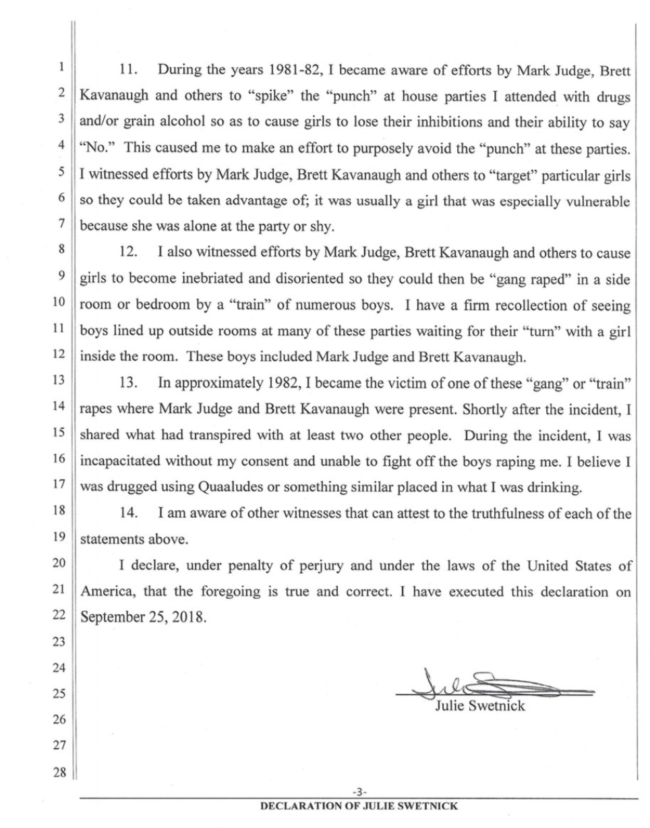 Swetnick’s claim is the third claim of sexual misconduct against Kavanaugh. The first accuser, Christine Blasey Ford, is scheduled to testify before the Senate Judiciary Committee Thursday morning.