The motion passed on a 51-49 vote. Republican Sen. Lisa Murkowski of Alaska joined with Democrats in opposition, while Democratic Sen. Joe Manchin of West Virginia voted with the Republicans.

Two other lawmakers who hold the decisive vote on Kavanaugh’s confirmation, GOP Sens. Susan Collins of Maine and Jeff Flake of Arizona, joined their Republican colleagues and voted in favor of cloture. 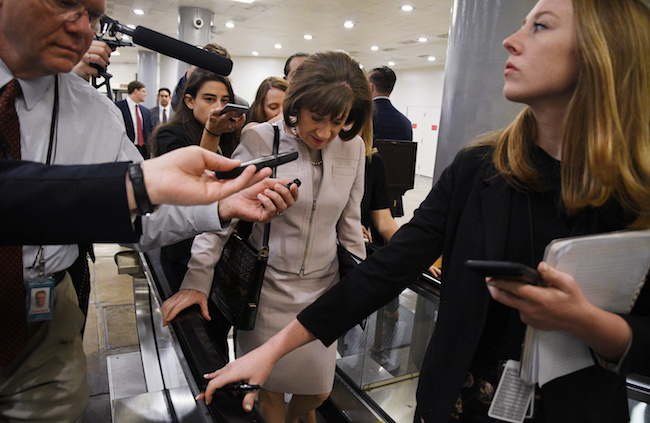 Senator Susan Collins (R-ME) is surrounded by reporters as she arrives for a procedural vote in the Senate on the confirmation of U.S. Supreme Court nominee Brett Kavanaugh on Capitol Hill in Washington, October 5, 2018. REUTERS/Mary Calvert

Senate Republicans will have to navigate another last-minute complication. A spokesperson for GOP Sen. Steve Daines of Montana said the senator will leave the Capitol Saturday for his daughter’s wedding, leaving the tenuous Republican majority shorthanded ahead of the narrow confirmation vote. 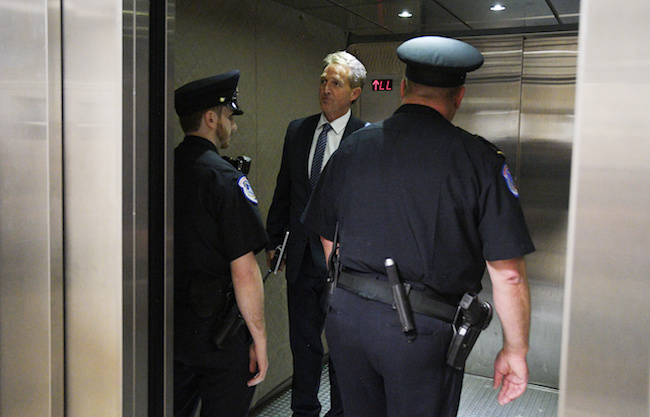 Vice President Mike Pence will remain in Washington throughout the weekend, should the Senate evenly split requiring his tie-breaking vote. A Supreme Court justice has never been confirmed by a vice president’s tie-breaking vote.

Senior lawmakers of both parties spoke on the Senate floor in advance of the cloture vote. Senate Majority Leader Mitch McConnell and Judiciary Committee chairman Chuck Grassley of Iowa accused Democrats of debasing the confirmation process, while Democrats warned of possible damage to the Supreme Court’s reputation and legitimacy given Dr. Christine Blasey Ford’s accusation of sexual misconduct against the nominee.

“This should’ve been a respectable and dignified confirmation process,” Grassley said. “In a previous era, this highly qualified nominee would’ve received unanimous support in the Senate. Before left-wing outside groups and Democratic leaders had him in their sights, Judge Kavanaugh possessed an impeccable reputation and was held in high esteem by the bench and bar alike.” (RELATED: Kavanaugh Fight Leaves Supreme Court Shorthanded For New Term) 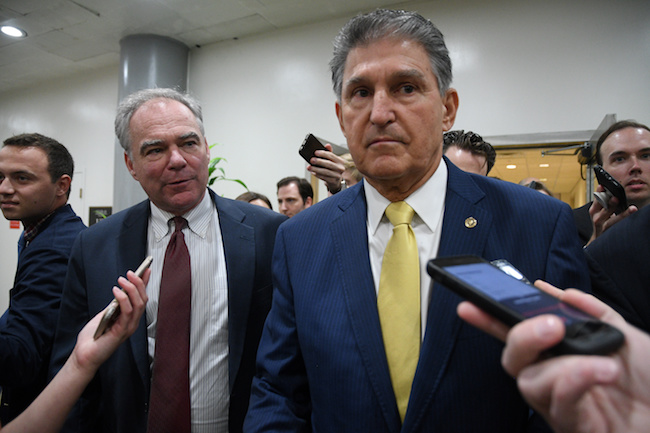 Protests roiled the Capitol throughout the day. Several thousand demonstrators rallied inside Senate office buildings and marched about the Capitol complex, waving picket signs and chanting anti-Kavanaugh slogans. Protests are expected to continue throughout the weekend.

President Donald Trump denounced the protestors on Twitter Friday, styling the demonstrators “elevator screamers,” in an apparent reference to an encounter GOP Sen. Jeff Flake of Arizona had with anti-Kavanaugh activists as he boarded an elevator last Friday. 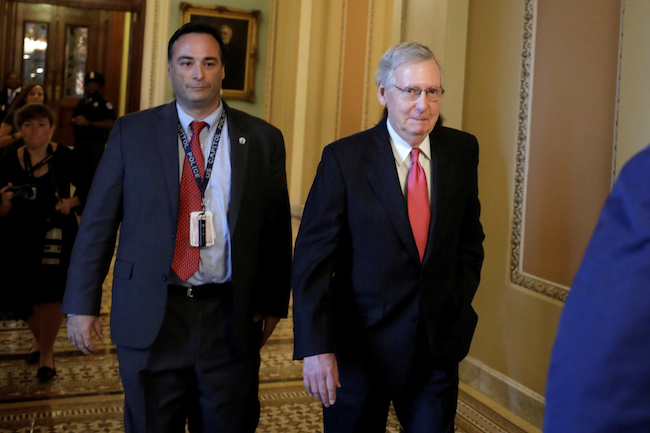 A final confirmation vote could follow as early as Saturday afternoon, but could be delayed in view of the Daines wedding, should the GOP need his vote to confirm Kavanaugh.

Senators who voted in favor of advancing Kavanaugh’s nomination: