Some male law students at Cornell University’s Law School are under investigation by the school for allegedly ranking women’s appearances in a private group chat.

Law School Dean Eduardo Peñalver sent an email to law students on Oct. 5 about the reported incident, according to The Cornell Daily Sun Thursday. 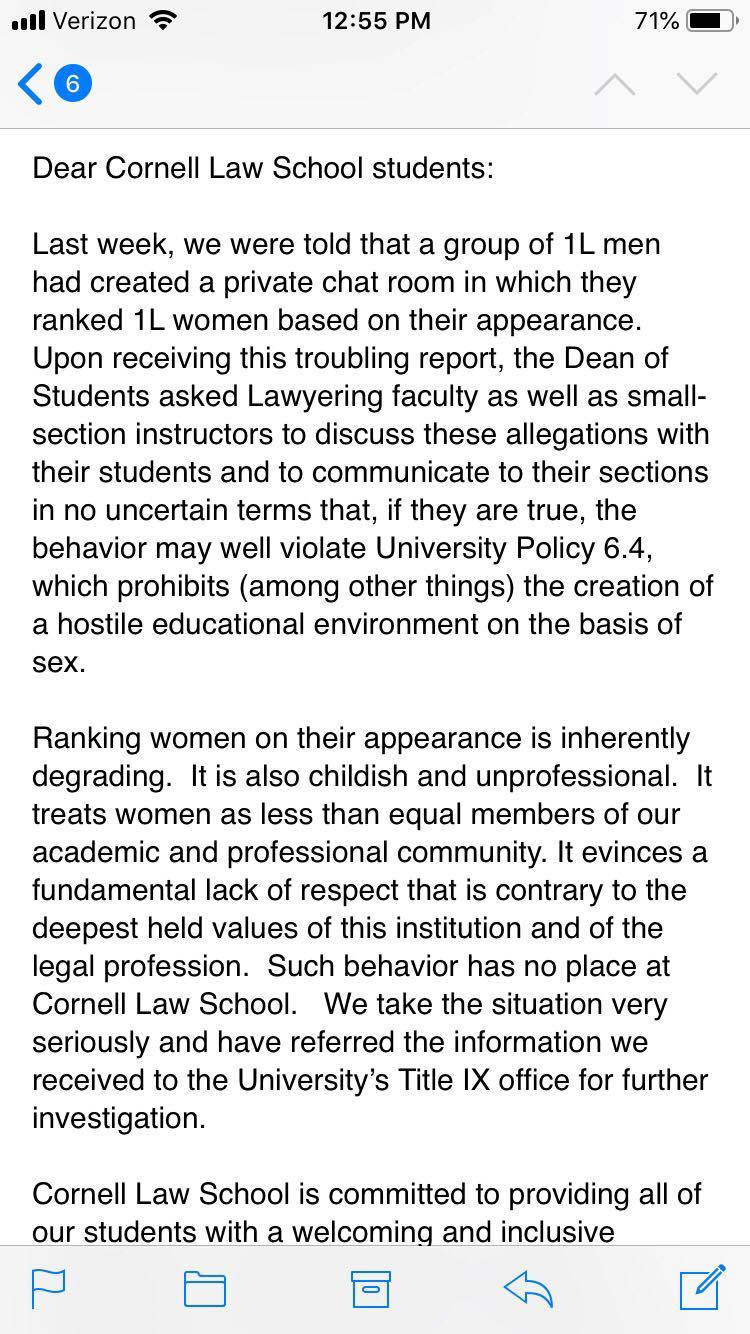 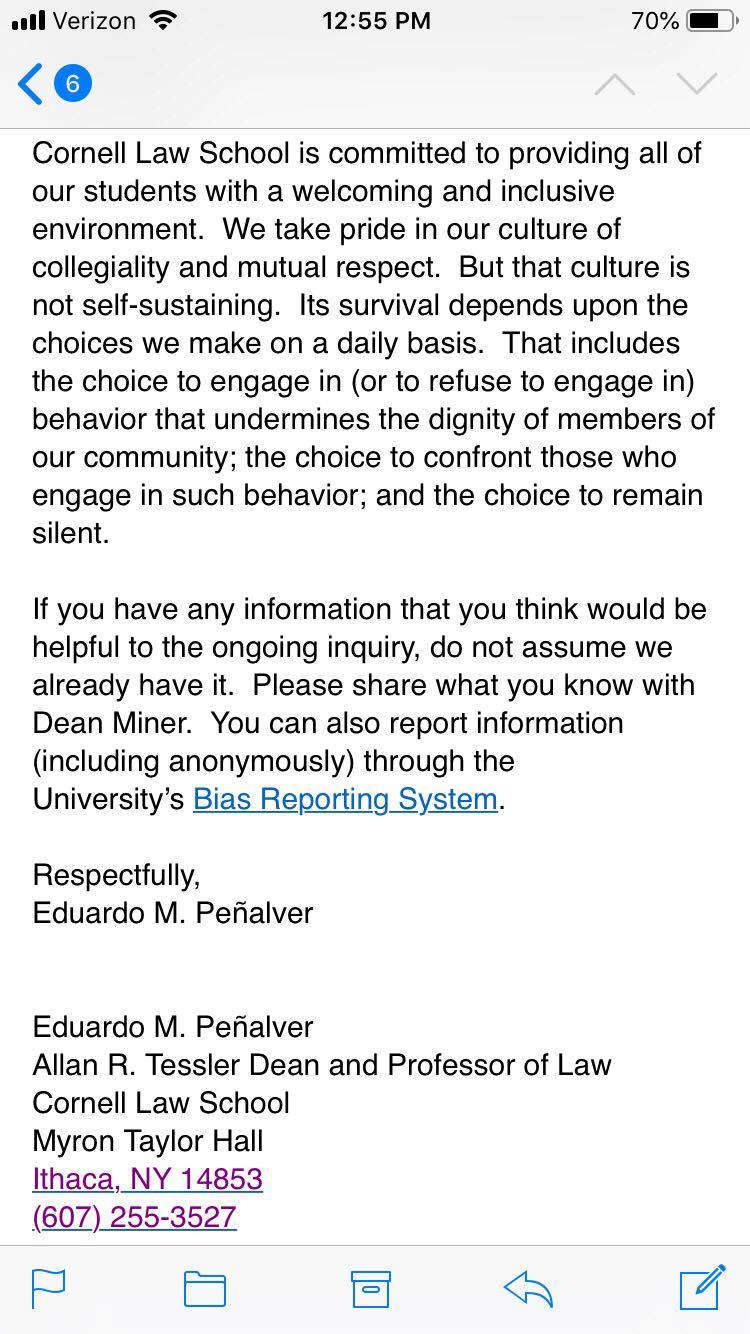 “Ranking women on their appearance is inherently degrading,” Peñalver wrote in an email obtained by The Daily Caller News Foundation. “It is childish and unprofessional. It treats women as less than equal members of our academic and professional community.”

It was not usual for Peñalver to send a public email about the reported incident, according to second-year law student Ryan Norton.

“Normally the law school administration handles things quietly,” Norton said, The Sun reported. “The general consensus is that the relevant people can be punished without having to let everyone know about it.”

Faculty in the New York law school were asked to talk to students about the incident, according to the email. Peñalver also asked students to use the Bias Reporting System to help with the investigation. (RELATED: Pro-Palestine Professor Who Rescinded Letter To Let Student Study In Israel Is Getting Punished By The University)

“We have asked our students to support this effort, and are confident we will both sort through the facts in this situation and be able to work with the University to apply the appropriate remedies,” said a statement from Peñalver provided by John Carberry, senior director of media relations and news.

Norton added that students learned about the incident the same week that Christine Blasey Ford testified against Supreme Court Justice Brett Kavanaugh, according to The Sun.

Ford claimed Kavanaugh sexually assaulted her at a party when they were in high school. Both testified in front of the Senate Judiciary Committee on Sept. 27.

“Under Cornell’s specific definition, a bias incident is action taken that one could reasonably and prudently conclude is motivated, in whole or in part, by the alleged offender’s bias against an actual or perceived aspect of diversity, including, but not limited to, age, ancestry or ethnicity, color, creed, disability, gender, gender identity or expression, height, immigration or citizenship status, marital status, national origin, race, religion, religious practice, sexual orientation, socioeconomic status, or weight,” Cornell’s website said.

Title IX was passed as part of the Education Amendments of 1972 and protects people from sexual discrimination in education programs that receive financial assistance from the government.

Women make up nearly 53 percent of the Law School’s population, according to The Sun.