The Dow Jones Industrial Average lost more than 1,300 points Wednesday and Thursday but “jumped about 400 points almost immediately after the market opened, adding back 1.6 percent” Friday, reported NBC News. It had fallen back down to a 242-point jump later Friday morning, reported The Wall Street Journal.

The S&P 500 had gained 1.3 percent and the Nasdaq Composite had gained 2 percent as of Friday morning despite being “on track to end the week sharply lower,” reported The WSJ.

Wednesday and Thursday were the worst days since February for many stock markets around the world including the U.S., due in part to rising oil prices and trade tensions between the U.S. and China, reported The WSJ. Markets in Europe, Japan and Hong Kong also saw gains Friday morning, reported The WSJ. 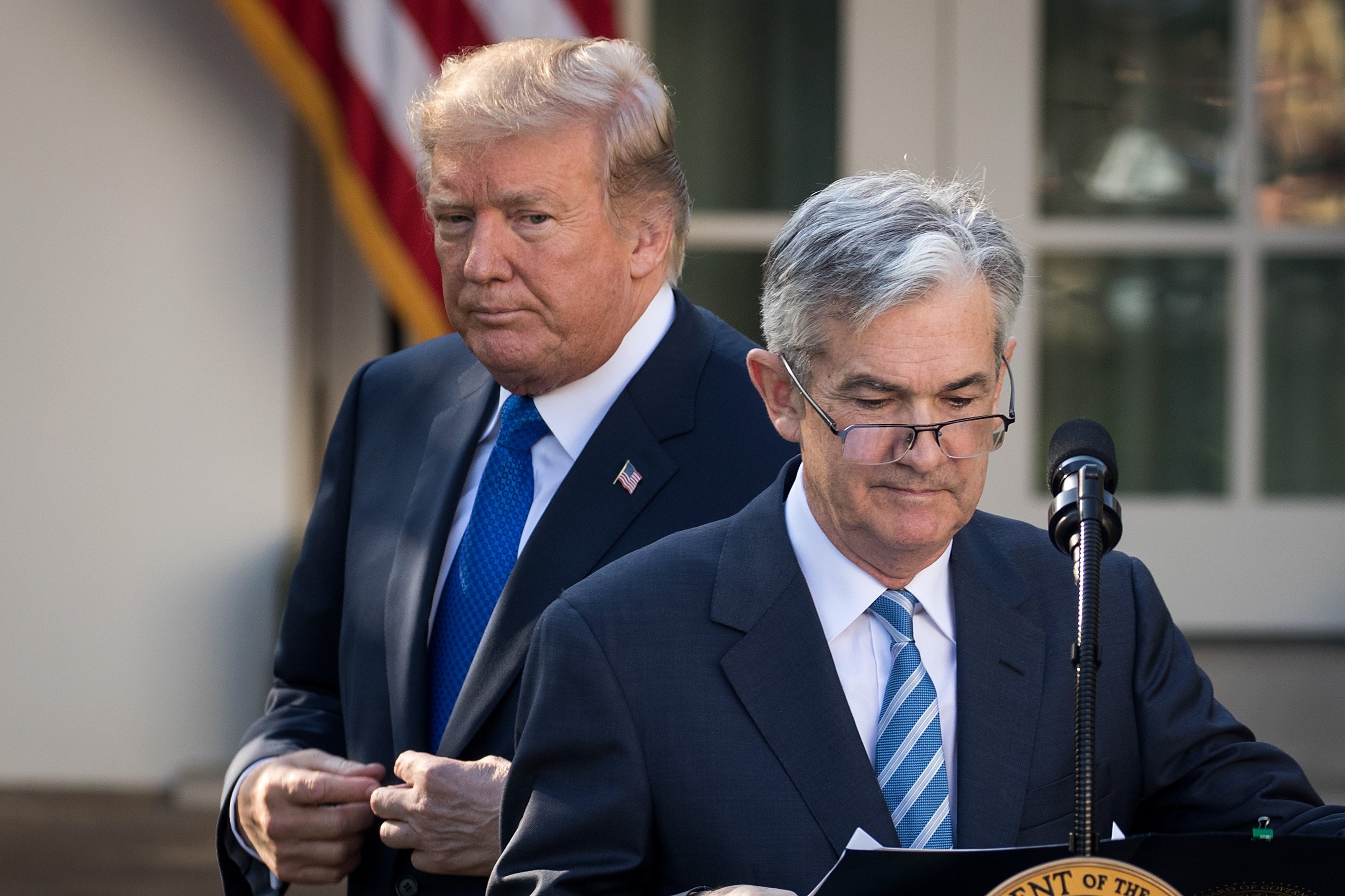 (L to R) U.S. President Donald Trump looks on as his nominee for the chairman of the Federal Reserve Jerome Powell takes to the podium during a press event in the Rose Garden at the White House, Nov. 2, 2017 in Washington, D.C. Photo by Drew Angerer/Getty Images

Trump blamed the Dow’s 800-point drop Wednesday on the Federal Reserve, from the Oval Office Thursday.

“It’s a correction that I think is caused by the Fed and interest rates,” Trump said according to CNBC. “The dollar is very strong, very powerful — and it causes difficulty doing business. … They’re making a mistake and it’s not right.” (RELATED: Two Major Companies Have Big Plans To Change The US Health Care Market)