Democratic Sen. Elizabeth Warren of Massachusetts released the results of a DNA test showing evidence that she may have Native-American ancestry dating back several generations.

My family (including Fox News-watchers) sat together and talked about what they think of @realDonaldTrump’s attacks on our heritage. And yes, a famous geneticist analyzed my DNA and concluded that it contains Native American ancestry. pic.twitter.com/r3SNzP22f8

Warren shared the results of her DNA test with the Boston Globe which was conducted by a Stanford researcher. “The results strongly support the existence of an unadmixed Native American ancestor,” the researcher said in a summary of Warren’s ancestry findings, adding that the ancestor was likely in her genealogy “in the range of 6-10 generations ago.”

Warren’s results show that she possibly ranges from 1/32nd Native American to 1/512th Native American. The results could temper attacks from President Donald Trump in the upcoming 2020 presidential elections, where Warren is seen as a likely candidate.

The Boston Globe later clarified “due to a math error, a story about Elizabeth Warren misstated the ancestry percentage of a potential 10th generation relative. It should be 1/1,024.”

Warren has long claimed to have Native American ancestry based upon familial lore even going so far as to submit recipes to a cookbook dedicated to Native American cuisine. Harvard Law School featured her as a “minority” professor with  in the 1990’s based on her self-listing in a directory as a Native American. 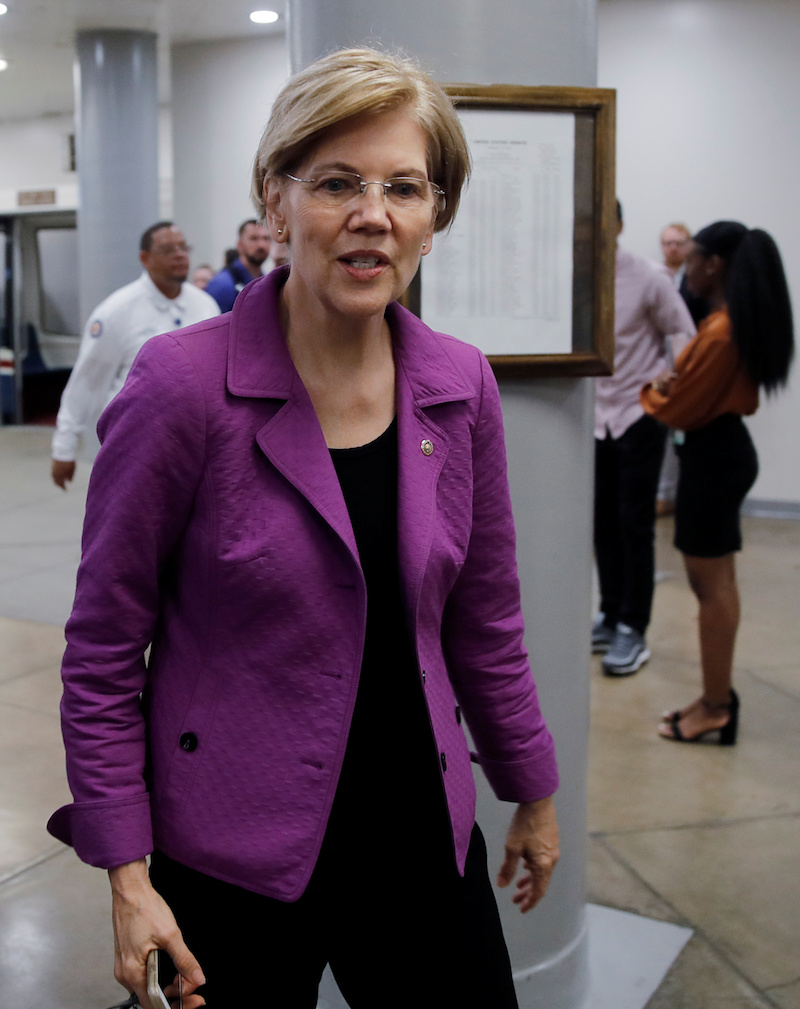 Senator Elizabeth Warren (D-MA), talks to reporters as she walks through the U.S. Senate subway on Capitol Hill in Washington, September 18, 2018. REUTERS/Mike Segar

She also submitted a recipe to a Native American cookbook and identified as “Cherokee.”

The issue of Warren’s heritage surfaced in 2012 during Senate campaign against Scott Brown when he raised her claims as evidence that she did not have integrity. “As a kid, I never asked my mom for documentation when she talked about our Native American heritage. What kid would? But I knew my father’s family didn’t like that she was part Cherokee and part Delaware, so my parents had to elope,” Warren said defending herself.

She also said in 2012 that her aunt commented multiple times that Warren’s grandfather “had high cheek bones like all of the Indians do.”

The heritage, she said, was part of her “family stories.”

“I have lived in a family that has talked about Native Americans, talked about tribes since I had been a little girl,” she said at the time. “I still have a picture on my mantel and it is a picture my mother had before that — a picture of my grandfather. And my Aunt Bea has walked by that picture at least a 1,000 times remarked that he — her father, my Papaw — had high cheek bones like all of the Indians do. Because that is how she saw it and your mother got those same great cheek bones and I didn’t. She thought this was the bad deal she had gotten in life.”

Trump has long derided Warren’s claim that she has Native American heritage bestowing the moniker “Pocahontas” on her and offering to pay for her DNA tests to put the matter to bed.

He was asked about the DNA test Monday morning before leaving the White House to tour the damage caused by Hurricane Michael in Florida.

When asked whether he would continue his pledge to donate $1 million to charity if she could prove her ancestry, Trump replied “I didn’t say that. You better read it again.”

Are You More Native American Than Elizabeth Warren