Faculty and alumni at St. Lawrence University are pressing for the school to rescind the honorary degree Maine Republican Sen. Susan Collins received last year as retribution for voting to confirm Justice Brett Kavanaugh to the Supreme Court.

University officials received a letter signed by more than 1,300 St. Lawrence alumni the day after the Maine senator announced her intention to vote affirmatively for Kavanaugh’s confirmation. The letter praised Collins for being “willing to break party ranks” to vote in favor of Democratic legislation such as Obamacare, yet castigated her lacking “integrity and commitment to justice.”

The co-signers further demanded the revocation of the honorary doctorate of Humane Letters she was awarded in 2017, in support of “all of the victims of sexual assault and violence, of which many of her fellow alumni and students have suffered.” 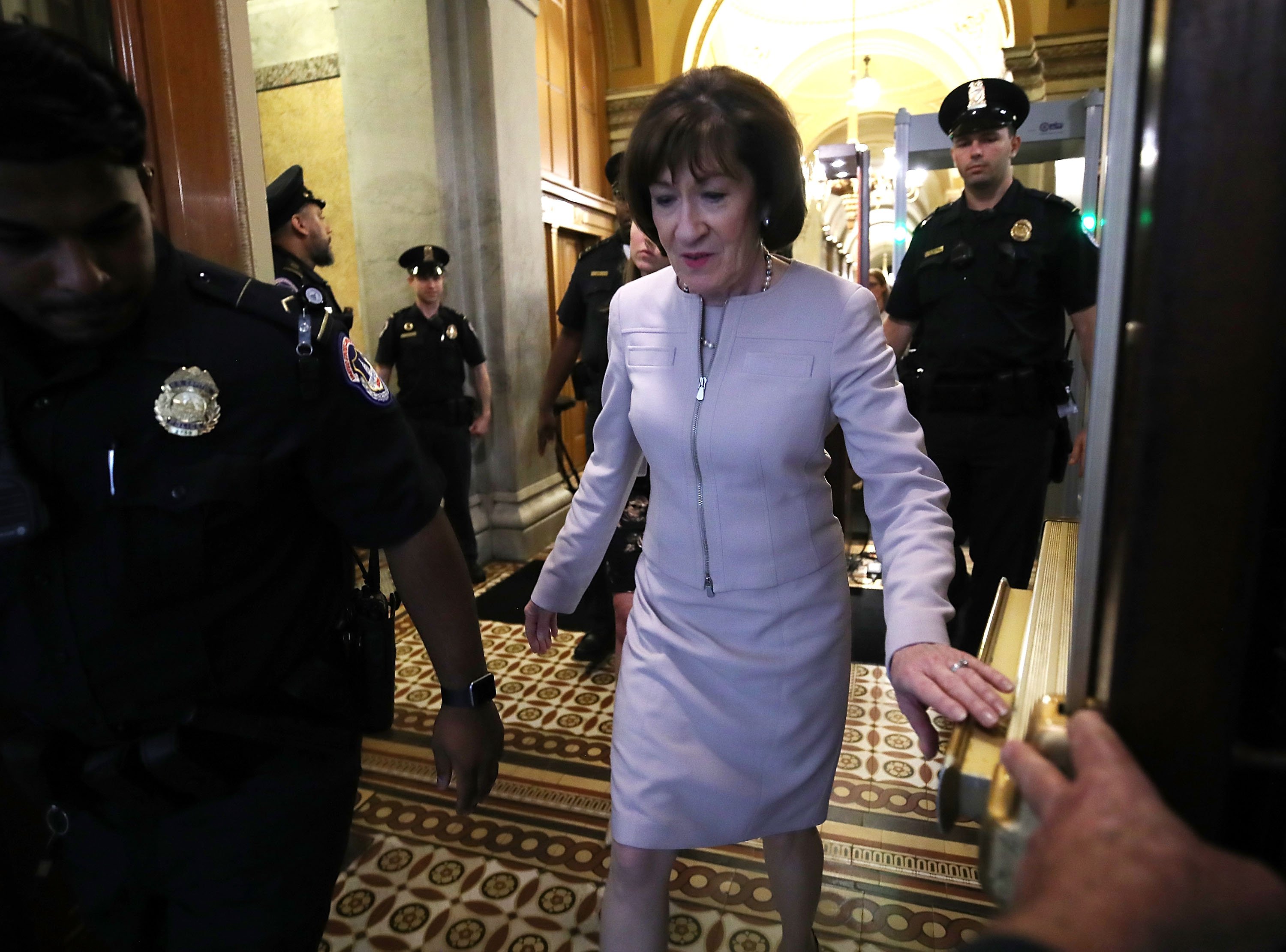 “We believe that she has deviated from the path that makes us proud Laurentians, and we ask that this honorary degree be revoked to demonstrate the feelings of those of us who feel we are Laurentians for life,” the letter read.

Nearly 2,000 St. Lawrence alumni and faculty members are also sending correspondence to the university on Tuesday, once again demanding the liberal arts school take back the degree from the Maine senator, reported The Washington Examiner.

In addition to the bachelor’s degree that Collins received in 1975 from the upstate New York university, she received two honorary degrees. (RELATED: Grassley Vows To Defend Collins’ Kavanaugh Decision By Matching Donations Raised Against Her)

St. Lawrence University does not intend to revoke any of the Collins’ degrees, a university spokesman told CBS News.

“Throughout its long history, St. Lawrence University has never rescinded any earned or honorary degree,” spokesman Ryan Deuel told CBS. “It has no intention of doing so in this situation.”