Defense Secretary James Mattis told reporters Monday on a trip to Vietnam that President Donald Trump assured him that he has his full support and that they’ve never talked about Mattis leaving the administration, amid rumor of an imminent departure.

Mattis appeared to squash rumors that he’d be leaving his post in the White House Monday after Trump called him “sort of a Democrat,” adding that he’d probably be one of the next in the administration to leave.

Trump said in an interview with “60 Minutes” Sunday that “It could be that he is” leaving the White House at some point.

“We get along very well. He may leave. I mean, at some point, everybody leaves. Everybody. People leave. That’s Washington,” Trump said in the interview.

But Mattis, traveling to Hanoi, Vietnam, to meet with officials before an upcoming trip to Singapore, said the president called him and told him they’re on the same team, according to The Wall Street Journal.

“He said, ‘I’m 100% with you,” Mattis said of a phone call he had with Trump about the administration’s Hurricane Michael relief efforts.

“I’m on his team. We have never talked about me leaving,” he added, appearing to quell rumors of his departure. (RELATED: Trump May Not Be Sure When Mattis Will Leave, But The General Has No Plans To Retire) 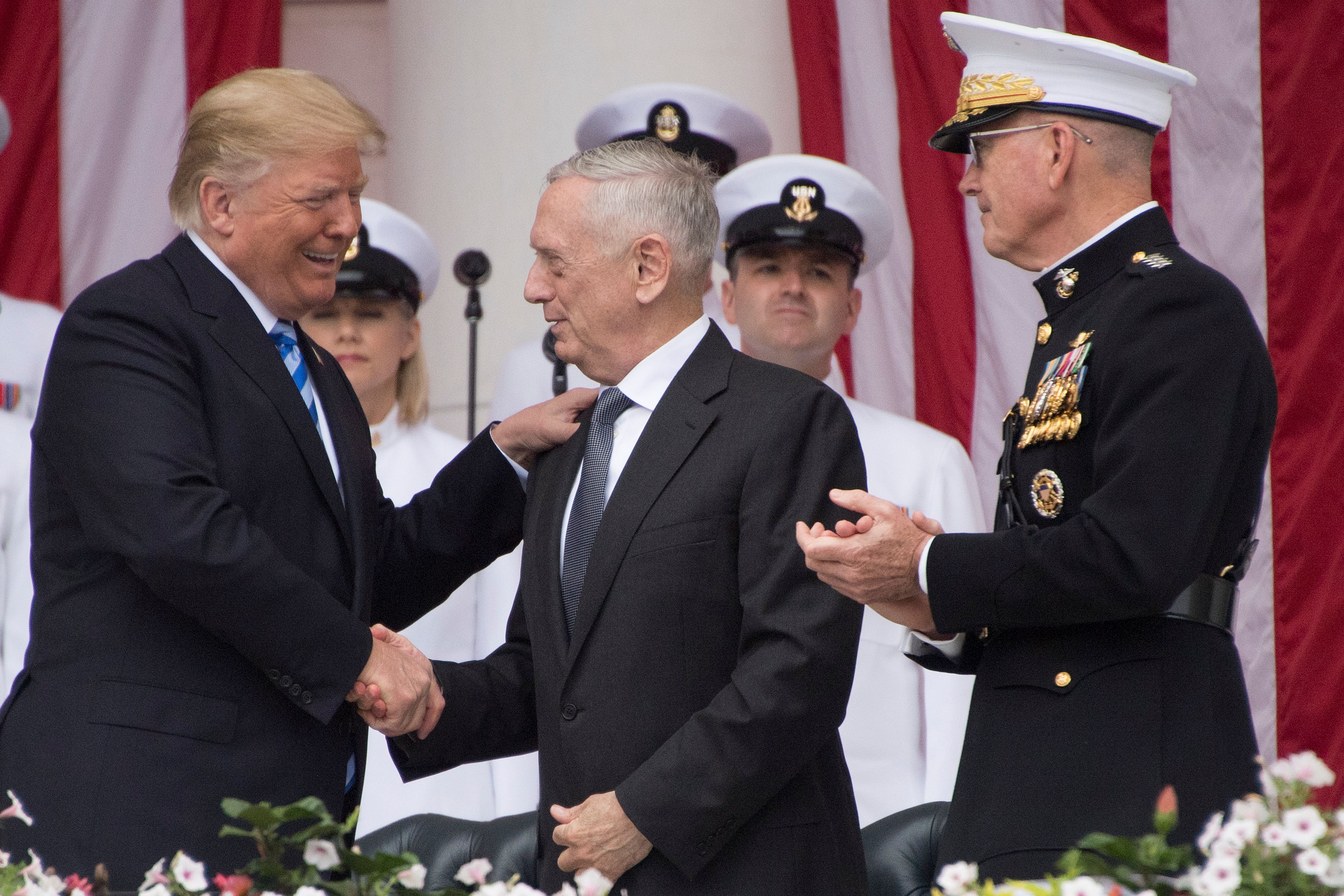 US President Donald Trump (L) greets US Secretary of Defense James Mattis (C) and Chairman of the Joint Chiefs of Staff General Joseph Dunford (R) before speaking at a Memorial Day ceremony at Arlington National Cemetery in Arlington, Virginia, on May 28, 2018. (Photo by JIM WATSON / AFP) (Photo credit should read JIM WATSON/AFP/Getty Images)

Mattis also commented on the president’s comments on his political affiliation, saying Monday that he’s “never registered for any political party.”

“When I was 18, I joined the Marine Corps, and in the U.S. military we are proudly apolitical,” he said according to CNN journalist Jake Tapper.

“By that, I mean that in our duties, we were brought up to obey the elected commander in chief, whoever that is. … Since I was in the military longer than some of you have been alive, I have seen Republicans and Democrats come and go.”

Mattis is making his second trip to Vietnam, which appears to signal the administration’s efforts to counter China’s assertiveness in the region.