President Donald Trump warned the government of Honduras that it will face a total cutoff of U.S. aid if it does not stop a current caravan of would-be illegals bound for the U.S., in a Tuesday morning tweet.

The United States has strongly informed the President of Honduras that if the large Caravan of people heading to the U.S. is not stopped and brought back to Honduras, no more money or aid will be given to Honduras, effective immediately!

The caravan numbers nearly 3,000 would-be illegals bound for the U.S. It is being dubbed the “March of the Migrants” by the organizers. Many of the migrants hope to take advantage of a loophole in U.S. law which allows family units who arrive at the U.S.-Mexico border to be released into the interior of the country to await an asylum hearing at a later date. 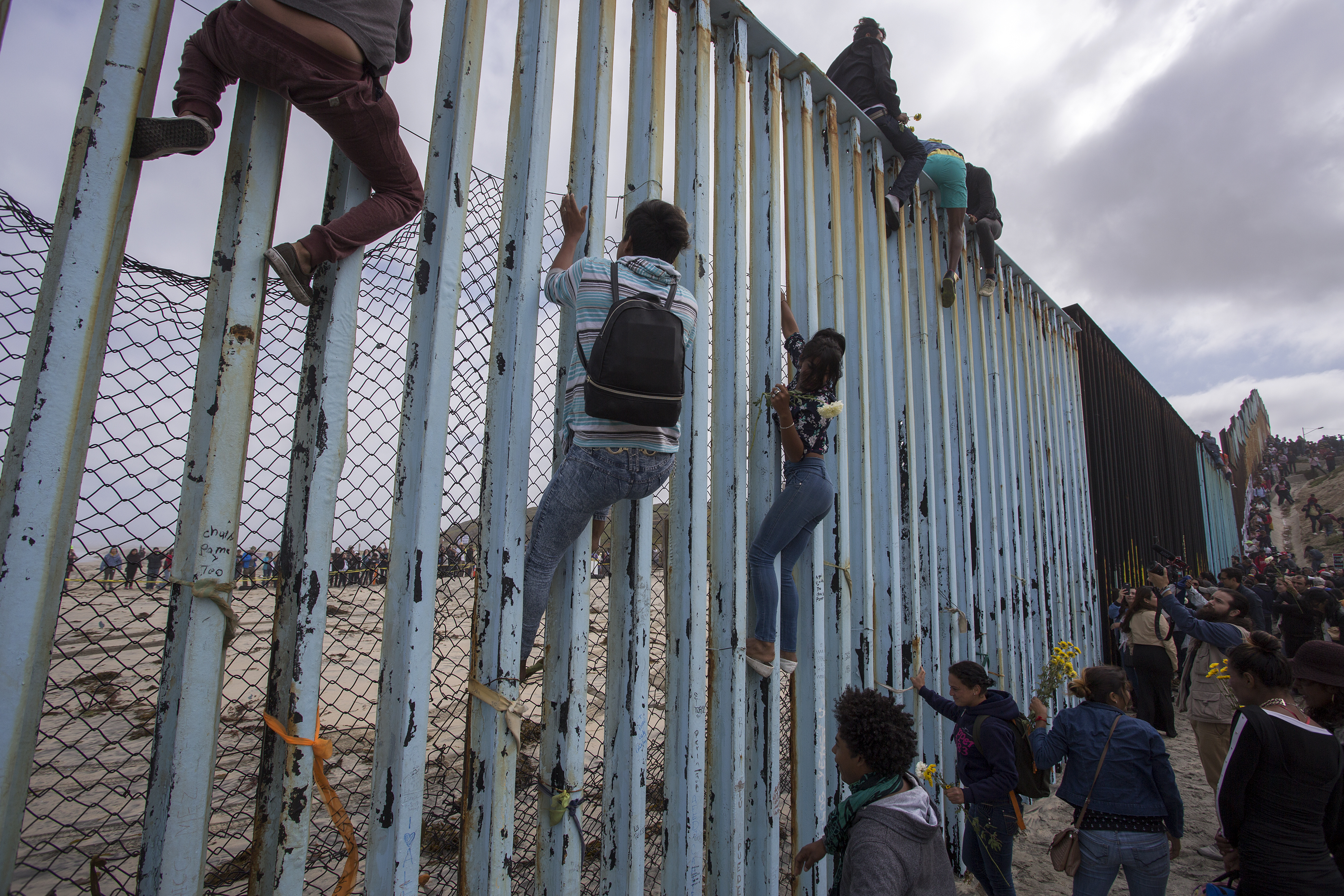 TIJUANA, MEXICO – APRIL 29: People climb a section of border fence to look into the U.S. as members of a caravan of Central American asylum seekers arrive to a rally on April 29, 2018 in Tijuana, Baja California Norte, Mexico. More than 300 immigrants, the remnants of a caravan of Central Americans that journeyed across Mexico to ask for asylum in the United States, have reached the border to apply for legal entry. (Photo by David McNew/Getty Images) 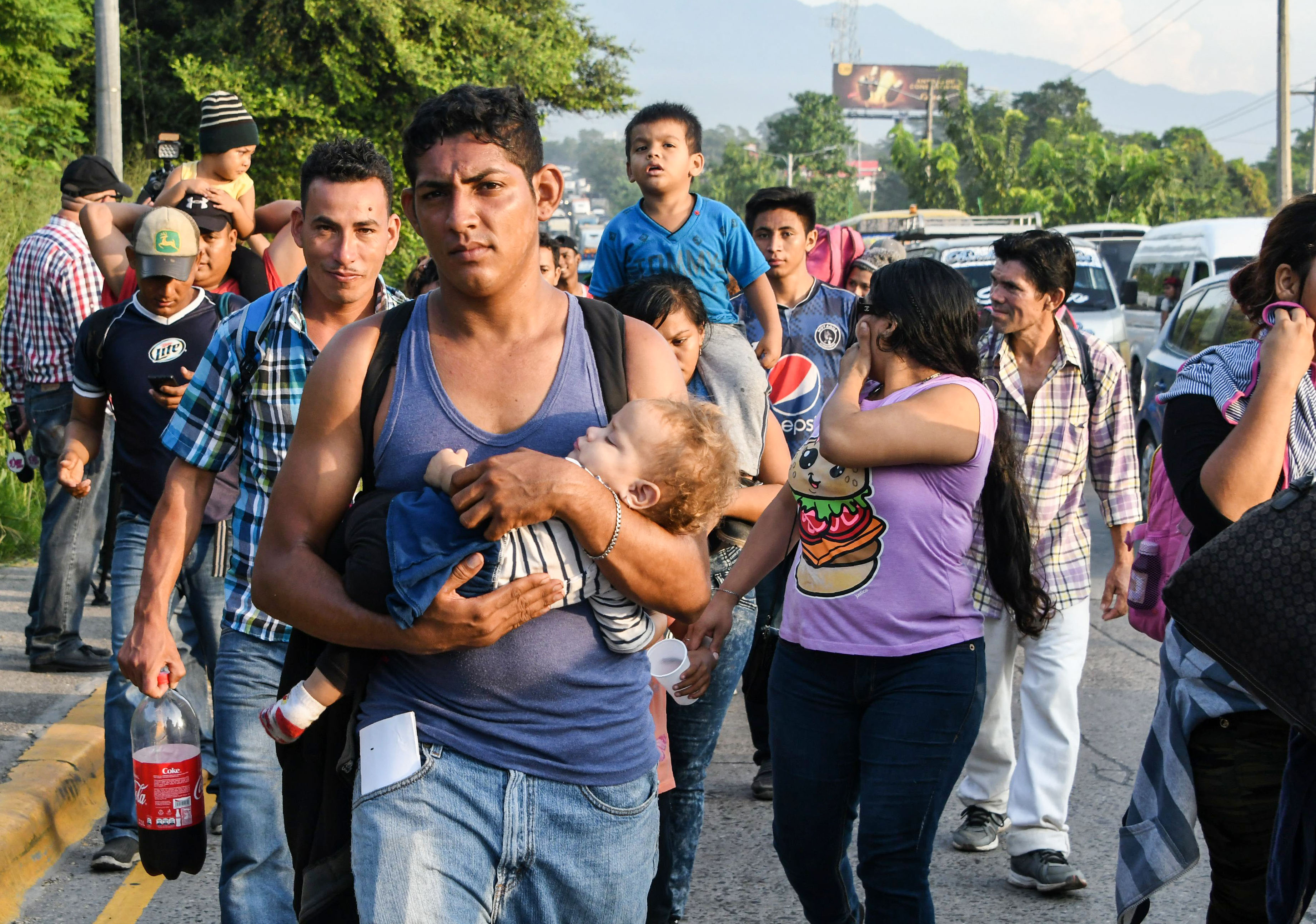 An Honduran man carries a child on is arms during an exodus towards the US from San Pedro Sula, 180 kms north from Tegucigalpa, on October 13, 2018. (Photo: ORLANDO SIERRA/AFP/Getty Images) 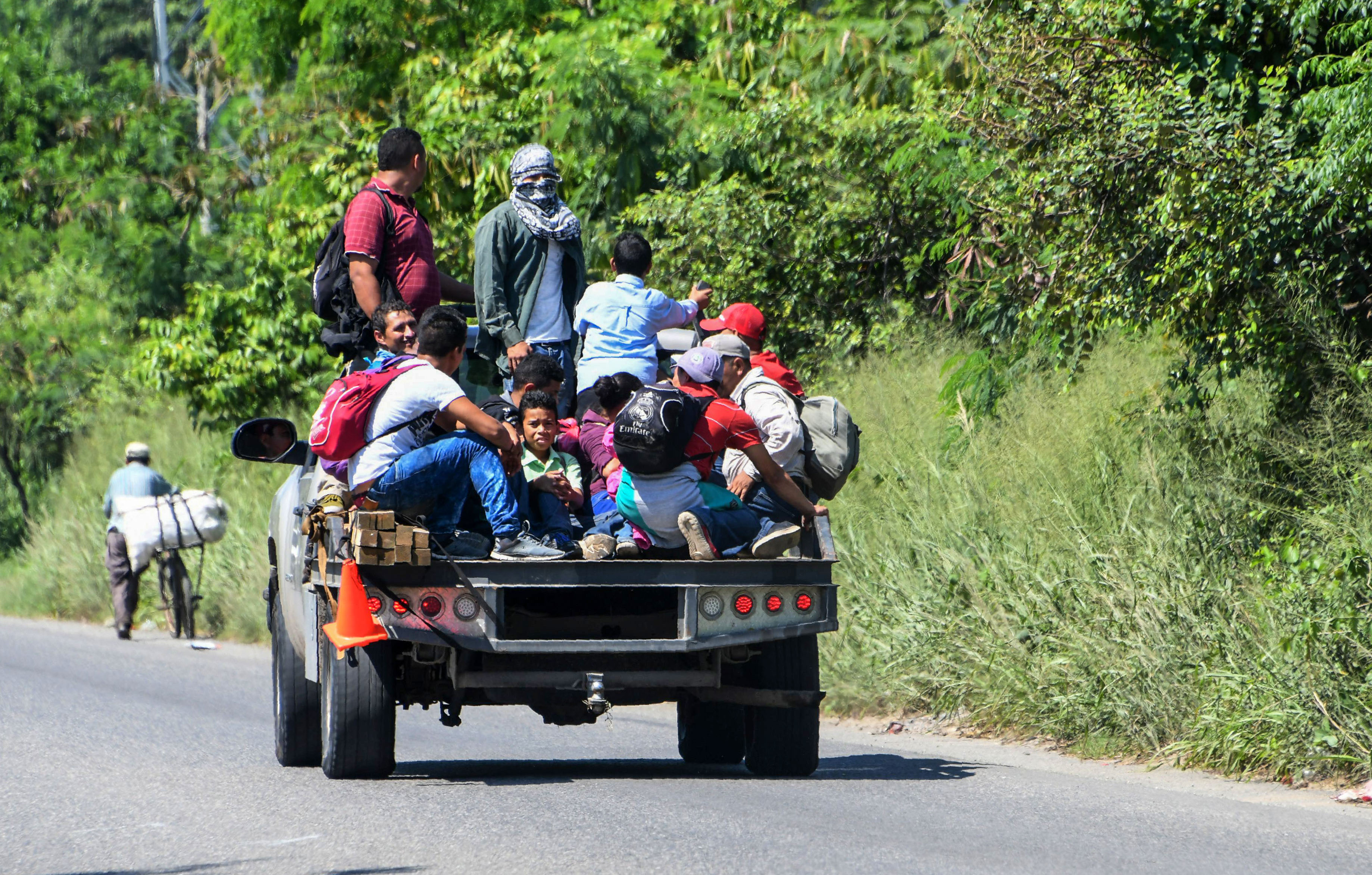 Hondurans get on vans and trucks during the exodus towards the US from San Pedro Sula, 180 kms north from Tegucigalpa, on October 13, 2018. (Photo: ORLANDO SIERRA/AFP/Getty Images)

Many of these family units never arrive for their asylum hearings and the Trump administration see’s the loophole, known as “catch and release,” as a major incentive for would-be illegal immigrants. Trump is considering bringing back a zero-tolerance policy at the border, which would result in the long term detention of illegal family units.