A group of more than 1,000 migrants formed in Honduras with the aim of trekking through Mexico to the U.S. border, defying warnings from Trump administration officials not to attempt the perilous journey.

The so-called “March of the Migrant” started in northern Honduras and plans to pass through Guatemala into Mexico, according to organizers. Upon reaching Mexico, the migrants will request refugee status or transit visas that will allow them to keep moving north to U.S. ports of entry.

Caravan members say they are fleeing endemic poverty and violence in Honduras, which has one of the highest murder rates in the world. The group began to swell over the weekend amid intense local media coverage — it numbered about 160 migrants on Friday and has since grown to roughly 1,600 people, The Associated Press reported, citing volunteers supporting the group. 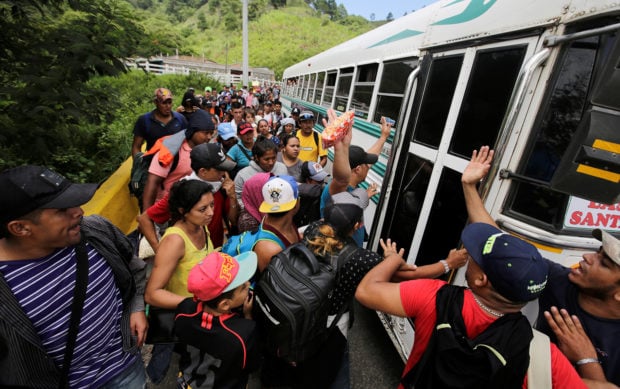 Hondurans fleeing poverty and violence hitchhike as they move in a caravan toward the United States, in the west side of Honduras October 14, 2018. REUTERS/ Jorge Cabrera

The caravan formed a day after Vice President Mike Pence met with the presidents of Honduras, Guatemala and El Salvador in Washington, where he offered economic development assistance in exchange for tighter controls on gang violence and migration. Pence also called on the Central American leaders to warn their citizens against trying to cross the U.S. border.

“Tell your people — don’t put your families at risk by taking the dangerous journey north to attempt to enter the United States illegally,” Pence said.

The formation of a migrant caravan marks the second time in 2018 that a mass of Central American migrants has attempted the northward trek in a highly publicized group. Hundreds of mostly Honduran migrants traveling in a similar caravan reached the U.S. border to petition for asylum in April. (RELATED: It Begins — Border Officials Let Some Caravan Members Into US)

That march, which at times numbered 1,500 people, is an annual event, but it gained prominence thanks to reports from U.S. media outlets describing the ways in which Mexican authorities were helping the migrants reach the U.S. border.

In response to the April caravan, President Donald Trump accused Mexico of enabling illegal immigration to the U.S. and called for tougher immigration enforcement at the border. The caravan prompted Trump to order thousands of national guard troops to the border in support of law enforcement agents, a deployment that continues today. 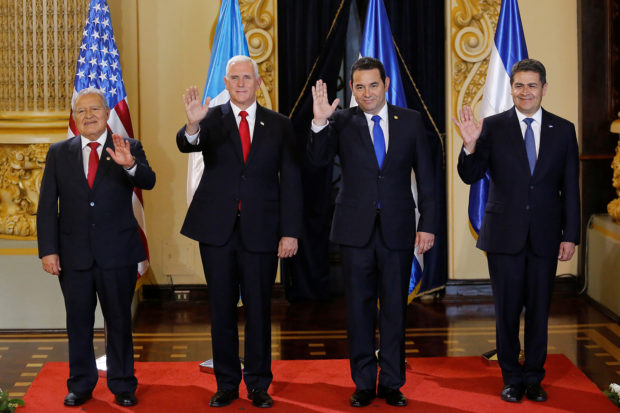 It is not clear how many, if any, caravan migrants Mexico will allow to cross its southern border and continue northward. Mexican authorities granted humanitarian visas to some of the migrants in April but also detained and repatriated hundreds more.

Mexico’s interior ministry said Saturday it would not issue entry visas for migrants who don’t meet “the requirements to transit toward a neighboring country.” It also said it does not grant visas at border ports of entry, only at Mexican consulates abroad.