Congressman Beto O’Rourke stood by previous statements he made saying he’d vote to impeach President Trump during his CNN townhall on Thursday night.

O’Rourke said, “To quote George Will — very conservative columnist — when we saw [Trump] on that stage in Helsinki defending Vladimir Putin, the head of the country that attacked our democracy in 2016, instead of this country and its citizens and this amazing democracy, that was collusion in action.”

O’Rourke was referencing Trump’s meeting with Putin back in July.

“You may have wondered when he fired James Comey, the principal investigator into what happened in that election, whether that was an attempt to obstruct justice,” he continued. “But when … he asked his attorney general, Jeff Sessions, to end the Russia investigation, I would say that’s obstruction in action.” (RELATED: Beto O’Rourke Raises Nearly $40 Million As Polls Plunge) 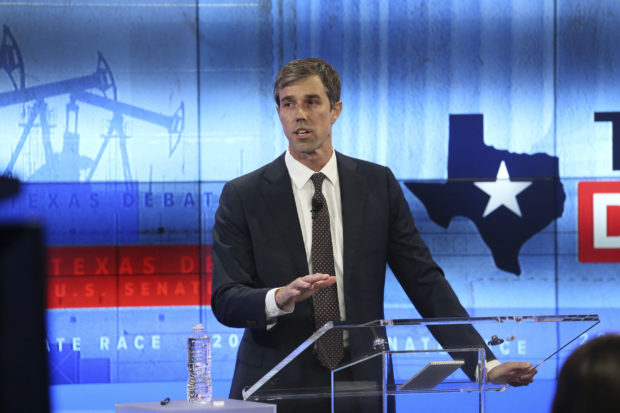 “But you’ve already said, even though that’s not done, that you would vote to impeach, and so according to the Constitution, that means that the president has committed the crime of treason, bribery, or a high crime and misdemeanor,” Bash responded.

Then Bash asked, “Which one of those do you think the president has committed?”

“I would liken impeachment to an indictment. There is enough there to proceed with the trial for a full vetting of the facts and to make the best-informed decision in the interests of this country and our future,”  O’Rourke continued.

O’Rourke is running against Senator Ted Cruz in a race that was close until Cruz pulled away in recent weeks.

There is speculation that O’Rourke is secretly planning on running for president in 2020.