President Trump revealed how first lady Melania Trump handled herself when a mechanical issue led to smoke in the cabin on her flight earlier this week during his rally in Montana on Thursday night.

Mrs. Trump was scheduled to visit Thomas Jefferson University Hospital in Philadelphia to meet with families whose children were exposed to opioids in the womb, when the plane had to turn around and go back to Joint Base Andrews. (RELATED: Melania Trump’s Plane Turns Around After ‘Mechanical Issue,’ Smoke In Cabin) 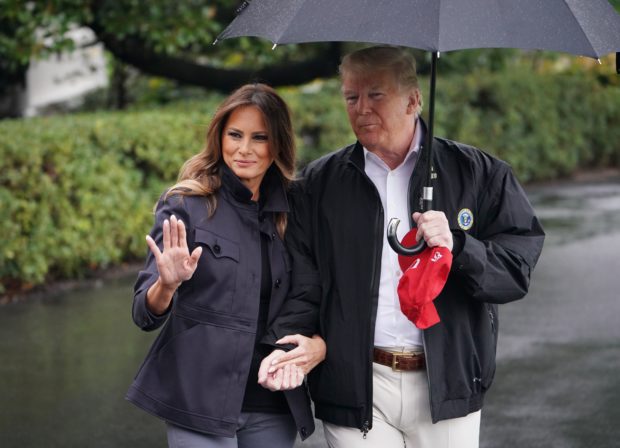 US President Donald Trump and First Lady Melania Trump make their way to board Marine One from the South Lawn of the White House in Washington, DC on October 15, 2018. – (Photo by MANDEL NGAN / AFP/Getty Images)

“She was cool. Once I found out everything was — I asked, ‘How was she? Was she scared?’ ‘No sir.’ ‘What was she like?'” he said, describing the conversation he had with those who looked after Melania. “‘She was so cool we couldn’t believe it.'”

He continued, “Everybody else had cloth on their face … she sat there [saying,] ‘Hey, what else is there [that I can do?]’ That’s the way she is. She’s a great first lady and doing an incredible job.”

The president’s rally was in Missoula, Montana, on behalf of Republican Senate candidate Matt Rosendale and freshman Republican Rep. Greg Gianforte. Rosendale is going up against Sen. Jon Tester in a competitive race.