“So much love for you both as you begin forever together,” the first daughter captioned her post on Instagram Friday, along with a beautiful picture of the 26-year-old lingerie model all decked out in a Dior lace wedding gown and veil as she stood next to her groom, businessman and investor Kushner. 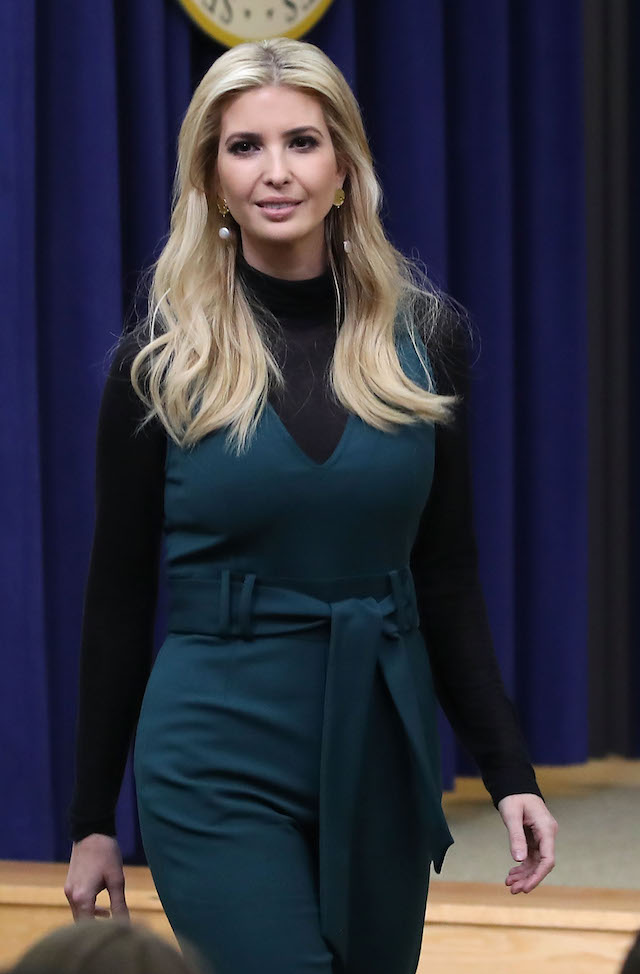 Ivanka Trump attends a forum dubbed the Generation Next Summit at the White House on March 22, 2018 in Washington, DC. The meeting brought together young Americans with members of the Trump administration to discuss the economy, tax reform and the opioid crisis. (Photo by Mark Wilson/Getty Images)

Joshua is the brother of White House advisor Jared Kushner who is married to Ivanka.  (RELATED: Karlie Kloss And Josh Kushner Are Engaged)

The comment comes after Kloss shared Thursday that she and Kushner had wed at what’s been described as an “intimate” Jewish ceremony in upstate New York with fewer than 80 people on hand to witness the celebration.

“The wedding was intimate and moving. The couple was beaming with happiness,” a friend at the ceremony shared with People magazine.

As previously reported, the news comes three months after the couple announced that they were engaged. At the time, Kloss shared the news on Instagram with a picture of the two embracing at sunset. The caption next to the post read, “I love you more than I have words to express. Josh, you’re my best friend and my soulmate. I can’t wait for forever together. Yes, a million times over.”

Soon after news broke, Trump responded to the post with, “So, so happy for you and Josh! I feel blessed to have you as a sister (!!!) Karlie and look forward to the decades of happy memories we will create together as a family.”