Republican Senate candidate Lou Barletta called out his opponent Sen. Bob Casey during a Sunday debate for a “hurtful” ad featuring sick children as Barletta’s own grandson is battling cancer.

Casey used twin children with cancer in the ad to serve as a proxy for his stance on health care policy. The ad comes in light of Barletta’s vote in favor of the American Health Care Act. (RELATED: Trump Endorses Lou Barletta For Senate)

“The situation that we are going through with my 18-month-old grandson with cancer. My family was effected, I had pleaded to him, to please take the ad down,” Barletta said. “He said that, his answer was that votes have consequences and you will be held accountable in November, certainly didn’t seem like he was sorry.” (RELATED: Lou Barletta Calls Out Bob Casey For Hurtful Ad: ‘The Lowest Thing I’ve Ever Experienced’)

He continued, “The ad is still running today as we speak, my family is still hurt, my grandson still has cancer. My question is, could you tell me why you did that and why you won’t take the ad down?”

“Congressman if that ad caused you and your family any pain, I apologize for that and I also apologize to your daughter as well. It was never intended that way,” Casey responded. “The reason I didn’t make the connection between that ad and your grandson was very simple, I was thinking about Stacie Ritter and her story and her daughter’s story about preexisting conditions. It’s a major issue in the campaign, but I’m sorry if I caused any pain at all.”

Last week, Barletta responded to the ad calling it “one of the most hurtful, insensitive things I’ve ever experienced in my entire political career.”

The two Pennsylvania Senate candidates have another debate scheduled for Friday. 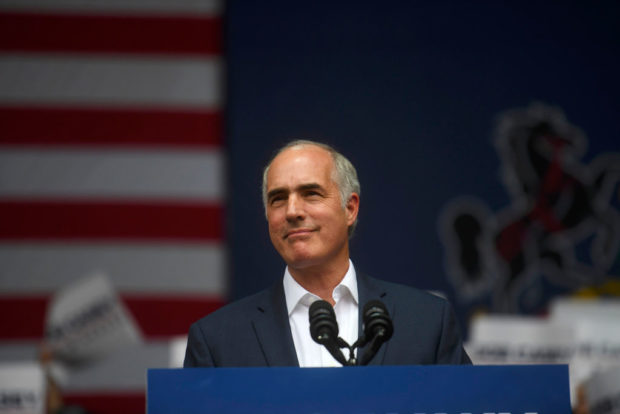 Casey is currently a double-digit favorite in the polls, according to FiveThirtyEight.

President Trump endorsed Barletta and has held two rallies in Pennsylvania on his behalf, one in August and another in October.