Michigan is assembling a task force to conduct a “wide probe” into Michigan funeral homes after the discovery of more than 70 infant and fetus remains hidden by two unrelated funeral homes in October.

“This is deeply disturbing,” Detroit Police Chief James Craig said Friday according to The Washington Post. “We want to understand the reasons: Is it financial gain? If so, how? Who knew or who else is involved in this?”

Two shuttered funeral homes in the Detroit area sparked the probe that Craig said will be conducted by local and state police, FBI advisers and other investigators, according to WaPo.

Thirty-six of the remains at Perry Funeral Home were stored in unrefrigerated boxes, reported WaPo.

A criminal investigation was opened into both funeral homes, but Perry Funeral Home’s lawyer Joshua I. Arnkoff said the remains came from hospitals that had been unable to contact family members of the infants.

“We do not believe that any of these remains involve families that paid Perry for funeral services,” Arnkoff stated in a news release Saturday according to WaPo.

“Perry never received the legal authority necessary to conduct a final disposition of the remains,” he continued according to WaPo.

The parents of a baby girl who say Perry Funeral Home falsely reported it had buried her filed suit against the business in July, reported The Detroit News. Rachel Brown and Larry Davis say their newborn daughter Alayah Davis was not properly interred in 2014 but instead stored in a university morgue. (RELATED: Michigan Funeral Home Owners To Face Criminal Charges After Infant and Fetus Remains Found Hidden)

The lawsuit also claims that Perry Funeral Home “fraudulently and deceptively” billed Medicare and the state of Michigan for funeral and burials that did not happen, according to The Detroit News.

Larry Davis is believed to have tipped off police about Perry Funeral Home after hearing about Cantrell Funeral Home, according to WaPo and the Detroit Free Press.

An anonymous letter tipped off police about the hidden bodies at Cantrell Funeral Home on Oct. 12. 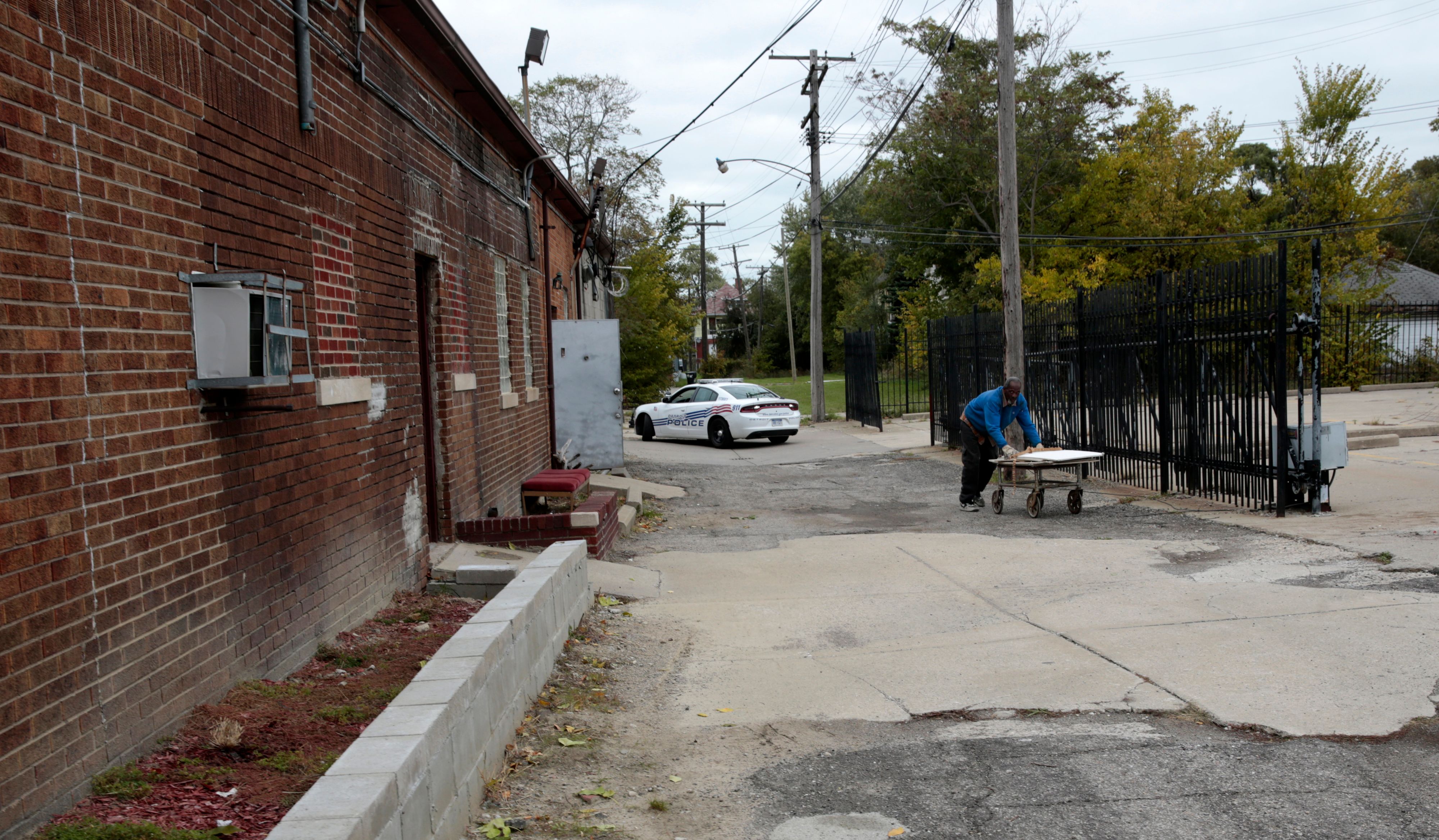 A unidentified person cleans out the closed Cantrell Funeral Home on Mack Avenue in Detroit on October 21, 2018. JEFF KOWALSKY/AFP/Getty Images

No one has been arrested in the case, but Craig said the Cantrell Funeral Home owners will face charges.

Raymond Cantrell was the last person to own the funeral home while it was operating. Its license was suspended in April after violations including decomposed embalmed bodies were discovered in the funeral home, according to the New York Daily News.

Ten of the bodies found Friday were fetus remains stored in a single box. One full-term infant was in a coffin, Craig said, according to the NY Daily News. The remains were concealed in a drop-down ceiling.

“They were definitely hidden,” Craig said. “The way they were placed in ceiling, one would not have readily discovered them.”

Some of the fetus remains appeared to be stillborn and were in a mummified condition, reported The Detroit Free Press.

Many of the remains had “some kind of label from a hospital that could lead to them being identified,” reported The Detroit Free Press.

“We do have names for some of the remains and we’re going to try to contact the families,” Detroit police Lt. Brian Bowser said according to The Detroit Free Press. (RELATED: House Of Horrors: Police Made Gruesome Discovery In The Ceiling Of This Funeral Home)