President Donald Trump rescinded his 2016 presidential primary nickname for Republican Sen. Ted Cruz and bestowed a new one on the way to a Monday campaign rally in Texas.

He said he now gets along with his former campaign rival. Trump recalled the final months of the 2016 presidential primary in which Cruz was his last viable remaining rival saying it became “very nasty” but said now “I like him a lot. He is a very smart guy. He loves the people of Texas, which I do too.” 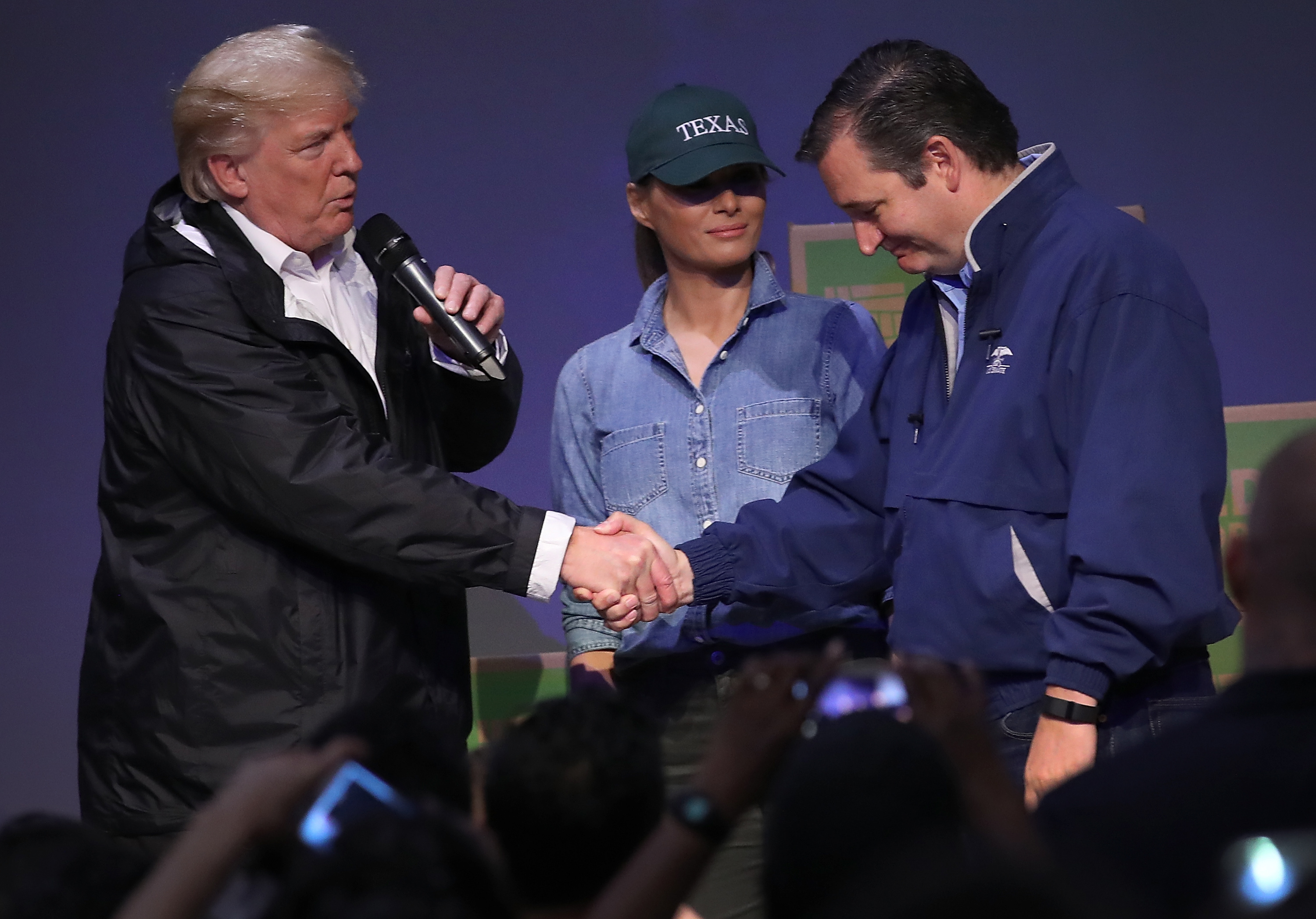 The president will now campaign with Cruz in Texas Monday evening at a rally. 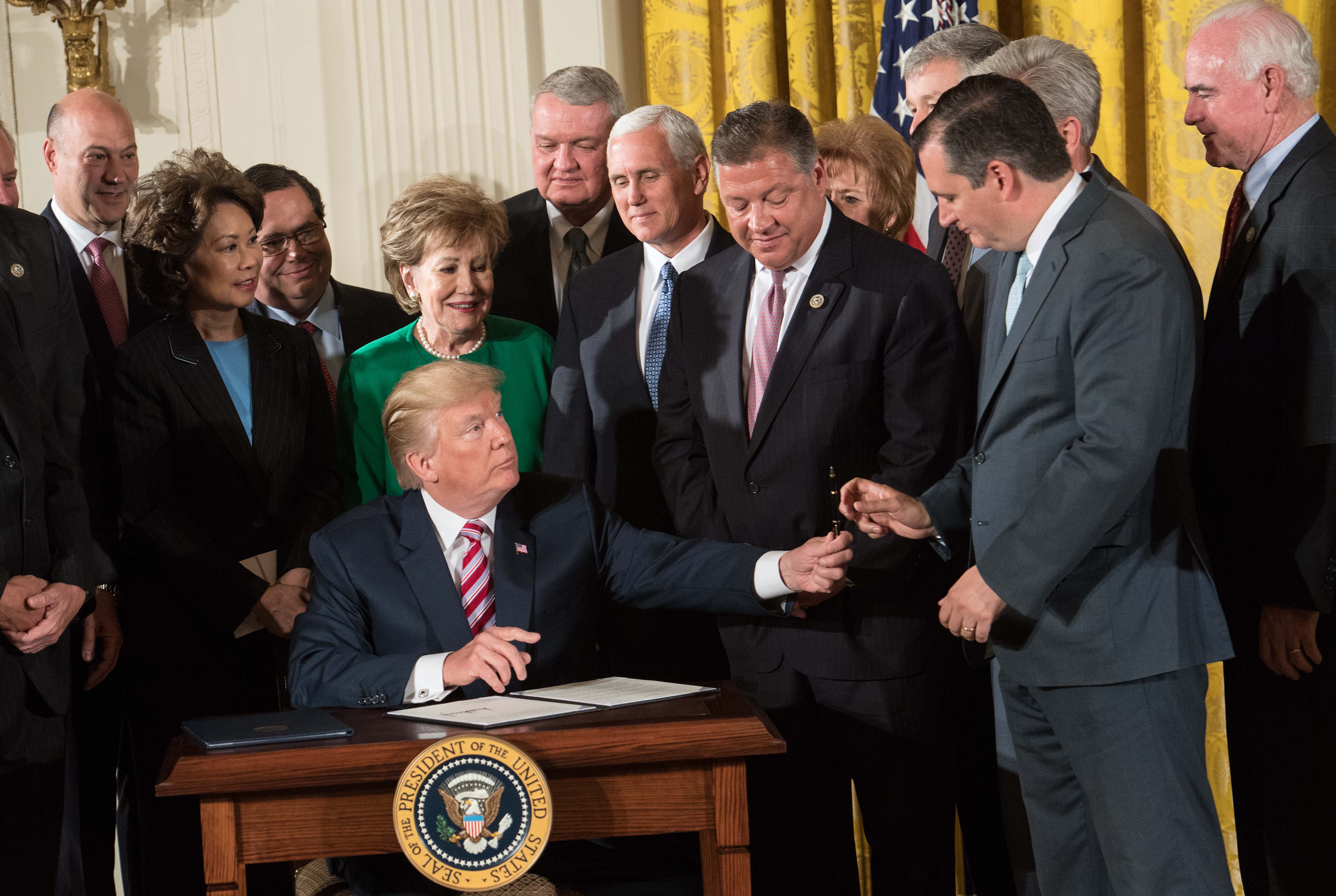 US President Donald Trump hands a pen to Republican US Senator from Texas Ted Cruz after signing a letter of principles on air traffic control reform after announcing the Air Traffic Control Reform Initiative in the East Room at the White House in Washington, DC, on June 5, 2017. (Photo: NICHOLAS KAMM/AFP/Getty Images) 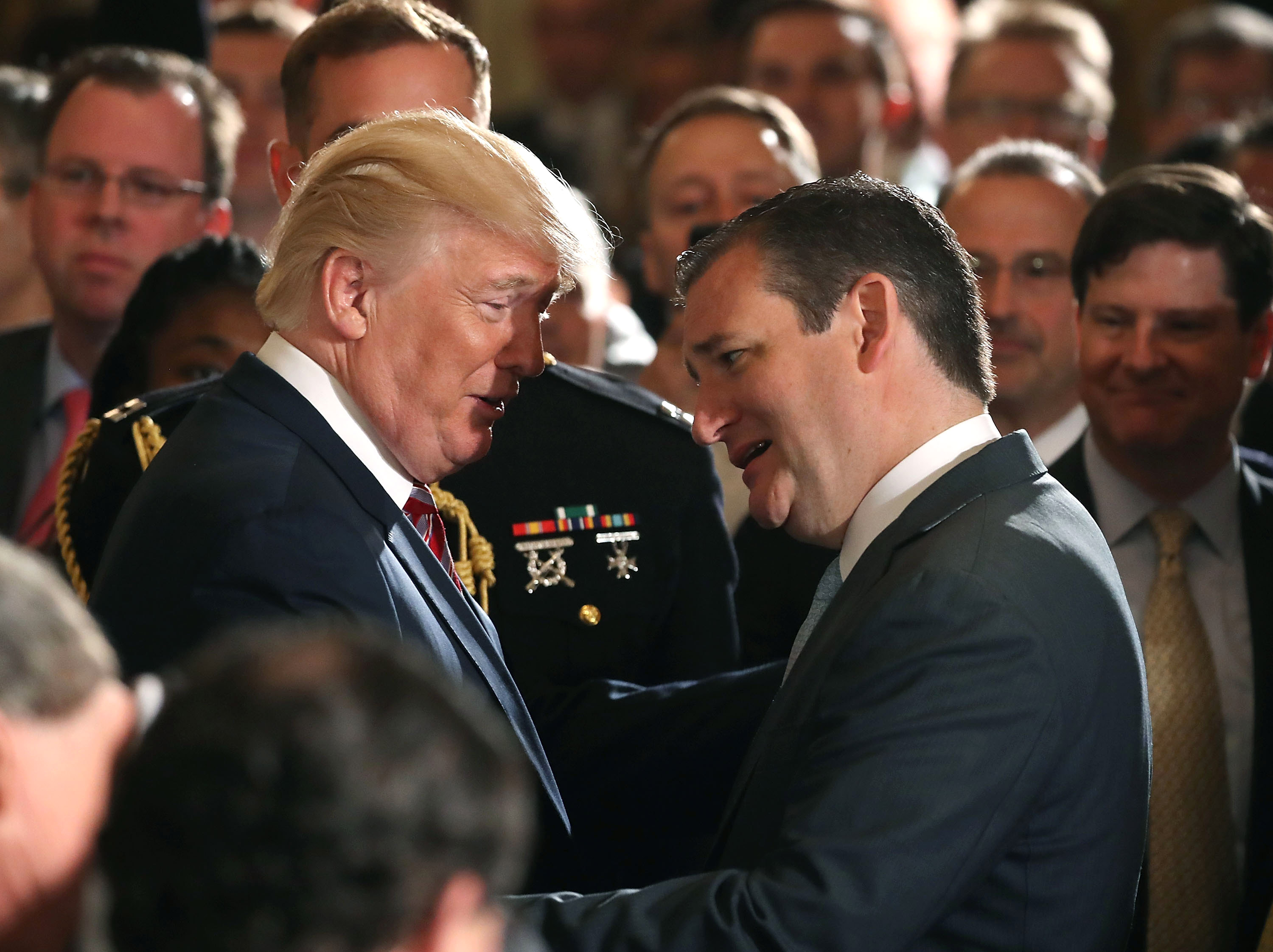 Trump coined the phrase “Lyin Ted” early in the 2016 presidential campaign and pilloried his opponent with the moniker nearly every chance he got.  At different points, the president implied that Cruz’s father may have played a role in the 1963 assassination of JFK and at one point appeared to attack the appearance of his wife.