The attorney general of Washington, D.C., announced Tuesday that his office is investigating the Archdiocese of Washington for alleged cover-ups of child sexual abuse.

Attorney General Karl A. Racine announced the investigation at a breakfast with other D.C. elected officials, marking the latest state-level investigation of Catholic Church sex abuse cases. While Racine does not have authority to prosecute felony cases in D.C., he does have authority to prosecute violations of mandatory reporting laws and laws governing non-profit organizations. (RELATED: Feds Investigate Catholic Church In Buffalo, New York) 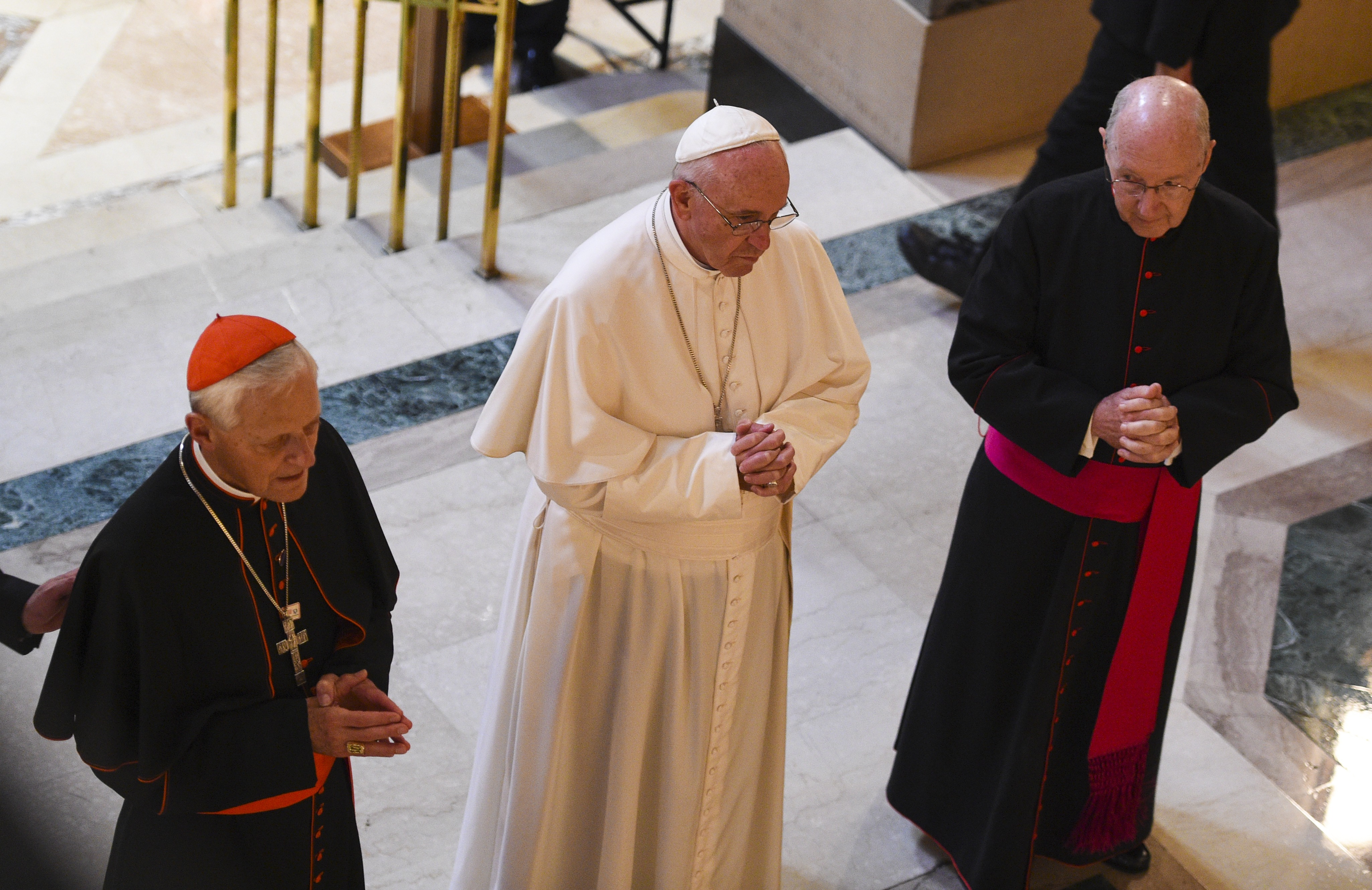 WASHINGTON, D.C. – SEPTEMBER 23: Pope Francis prays with Cardinal Donald W. Wuerl (L), archbishop of Washington and Msgr. W. Ronald Jameson at the Blessed Sacrament Chapel during the Midday Prayer of the Divine with more than 300 U.S. Bishops at the Cathedral of St. Matthew the Apostle on September 23, 2015 in Washington, DC. The pope began his first trip to the U.S. at the White House and continues on in Washington tomorrow, making an address to a joint meeting of U.S. Congress. (Photo by Jonathan Newton-Pool/Getty Images)

“According to the law, nonprofits are required to work for a public purpose; if they are in fact covering up child sex abuse, that is clearly not in the public interest,” Racine said, according to The Washington Post.

D.C. law states that the attorney general may prosecute and even seek to dissolve a non-profit organization if it “has exceeded or abused and is continuing to exceed or abuse the authority conferred upon it by law” or “has continued to act contrary to its nonprofit purposes.”

The investigation comes in response to rising calls for authorities to probe cases of alleged systemic cover-ups — calls sparked by the sex abuse allegations against former Cardinal Theodore McCarrick, who served as archbishop of D.C., and allegations of cover-up against his successor, Cardinal Donald Wuerl.

Pope Francis recently accepted Wuerl’s resignation as archbishop of D.C. following calls for his resignation from survivors of abuse, victims’ advocates, and prominent D.C. Catholics over the revelation in Pennsylvania’s grand jury report on sex abuse that he was complicit in protecting known predator priests in Pennsylvania and accusations that he knew of McCarrick’s abuse of seminarians and did nothing.

Racine’s office set up an online portal for people to report allegations of Catholic clergy sexual abuse in D.C. as well as a hotline for the same purpose at (202) 252-7008.

The archdiocese plays a significant role in the U.S. Catholic Church, given the fact that it serves as the base for the U.S. Conference of Catholic Bishops and the Vatican embassy, as well as three universities, four hospitals, 93 Catholic schools, and 139 parishes and missions that serve 655,000 parishioners.

Racine’s investigation of the archdiocese is now one of 13 state-level investigations into their respective Catholic dioceses, including New Jersey, New York, and Maryland.