As Sky News reports, Erdogan says Khashoggi did not die as a result of some random brawl in the Saudi consulate in Instanbul — as was recently claimed by Saudi Arabia’s attorney general — but was deliberately killed.

Although the Turkish president did not directly implicate Saudi Crown Prince Mohammed bin Salman, nor confirm the existence of an audio recording of the Khashoggi killing, Erdogan demanded justice for the journalists’s killers. (RELATED:Report: Saudi Doctor Prescribed Music For Those Watching Journalist Getting Beheaded Dismembered)

“All evidence gathered shows that Jamal Khashoggi was the victim of a savage murder,” he said. “To cover up such a savagery would hurt the human conscience.”

Erdogan also wants the 18 accused of being involved in the murder to be put on trial in Turkey.

“To blame such an incident on a handful of security and intelligence members would not satisfy us or the international community,” Erdogan said.

“Saudi Arabia has taken an important step by admitting the murder. As of now we expect of them to openly bring to light those responsible — from the highest ranked to the lowest — and to bring them to justice.” 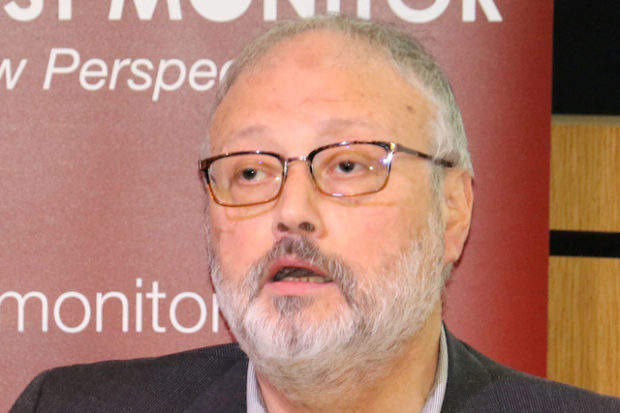 Erdogan described an elaborate plan that he says the Saudis used to kill Khashoggi, including teams that went directly to the embassy and another that was used to provide reconnaissance of the area. He says a “body double” was also used in an attempt to mislead people about Khashoggi’s fate.

Erdogan called the act a “gruesome murder” and vowed that a cover-up would not be tolerated.