Chelsea Clinton admitted that she is considering a run for public office, telling the Westchester County Journal News that she would consider doing so only under very specific circumstances.

Clinton, 38, gave a brief interview with The Journal News in advance of a book event promoting her latest children’s tome “Start Now! You Can Make A Difference.”

The former first daughter has been cagey in the past regarding a possible run for office, but she appears to have evolved on the subject. 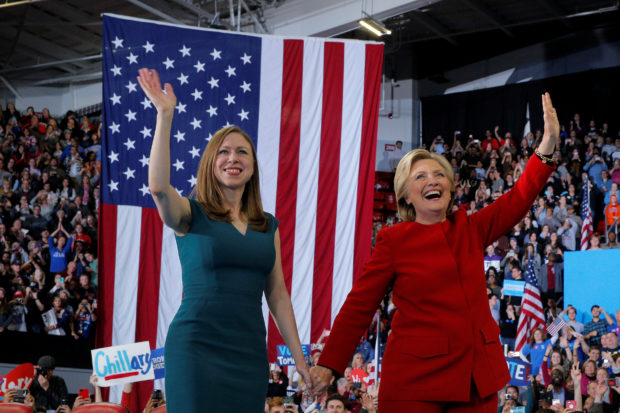 “I think if someone were to step down or retire and I thought I could do a good job and it matched my talents, I’d have to think if it’s the right choice for me,” she said — a far cry from just 18 months ago, when she said she said that she would not be running for office.

“I love my city councilwoman, she’s awesome,” Clinton told Variety in March of 2017. “I’m obsessed with Tish James, who is our public advocate in New York City. I support our mayor. I love my congresswoman. I love our senators. I clearly do not support the president and certainly hope that he is defeated in the next election, but I don’t think I’m the best person for that job.”

One of Clinton’s senators is New York Democrat Kirsten Gillibrand, who is one of two dozen or so who have been floated as potential presidential candidates — an effort which, if successful, would leave Gillibrand’s Senate seat vacant. RELATED: CNN Releases Numbers On Democrats Bench For 2020 Presidential Election

So far, Gillibrand has said that she intends to finish her term in office.

Gillibrand, asked if she’ll serve out her 6-year term if reelected: “I will.”

Asked again, she says, “I will serve my 6-year term.”https://t.co/P8SQjYpHUl

But as The Daily Wire’s Emily Zanotti noted, if Sen. Gillibrand were to leave her seat early, the situation might tempt Clinton into action.

Beeteedubs: Chelsea Clinton’s statement from this morning was that she’d consider running for a vacated seat.