Billionaire activist Tom Steyer is reportedly preparing to drop one final money bomb before the midterm elections as he attempts to boot as many Republicans from office as possible.

Steyer, together with his wife, has given over $42 million this midterm election cycle to Democrats and other progressive causes, according to the Center for Responsive Politics. That sum makes him the most prolific Democratic donor by far, and the second highest political donor across the partisan spectrum, behind Republican booster Sheldon Adelson. Beyond supporting various Democratic campaigns and initiatives, Steyer has used his millions to spearhead two of his own campaigns: NextGen Climate Action and Need to Impeach.

However, Steyer isn’t finished yet.

Steyer is reportedly set to spend another $16 million in a last-minute campaign push before the Nov. 6 elections, according to a Steyer aide who spoke with CNBC. A large chunk of Steyer’s donations also have gone toward an enormous get-out-the-vote effort. His GOTV campaign is largely targeted toward young adults, a demographic group that typically doesn’t show up to the polls in large numbers.

“We have 4 million people who we’re in contact with every day,” he said to a local California news outlet Thursday. “We’re going to send out over 1.5 million hand-written letters to them asking them to vote.”

“We strongly believe this is a group of people who are passionate, knowledgeable, engaged, don’t trust the system and haven’t felt that their vote mattered. Our whole goal is to engage them so that they realize that it’s not their vote, but it’s their generation’s vote that will change everything,” the California Democrat said. 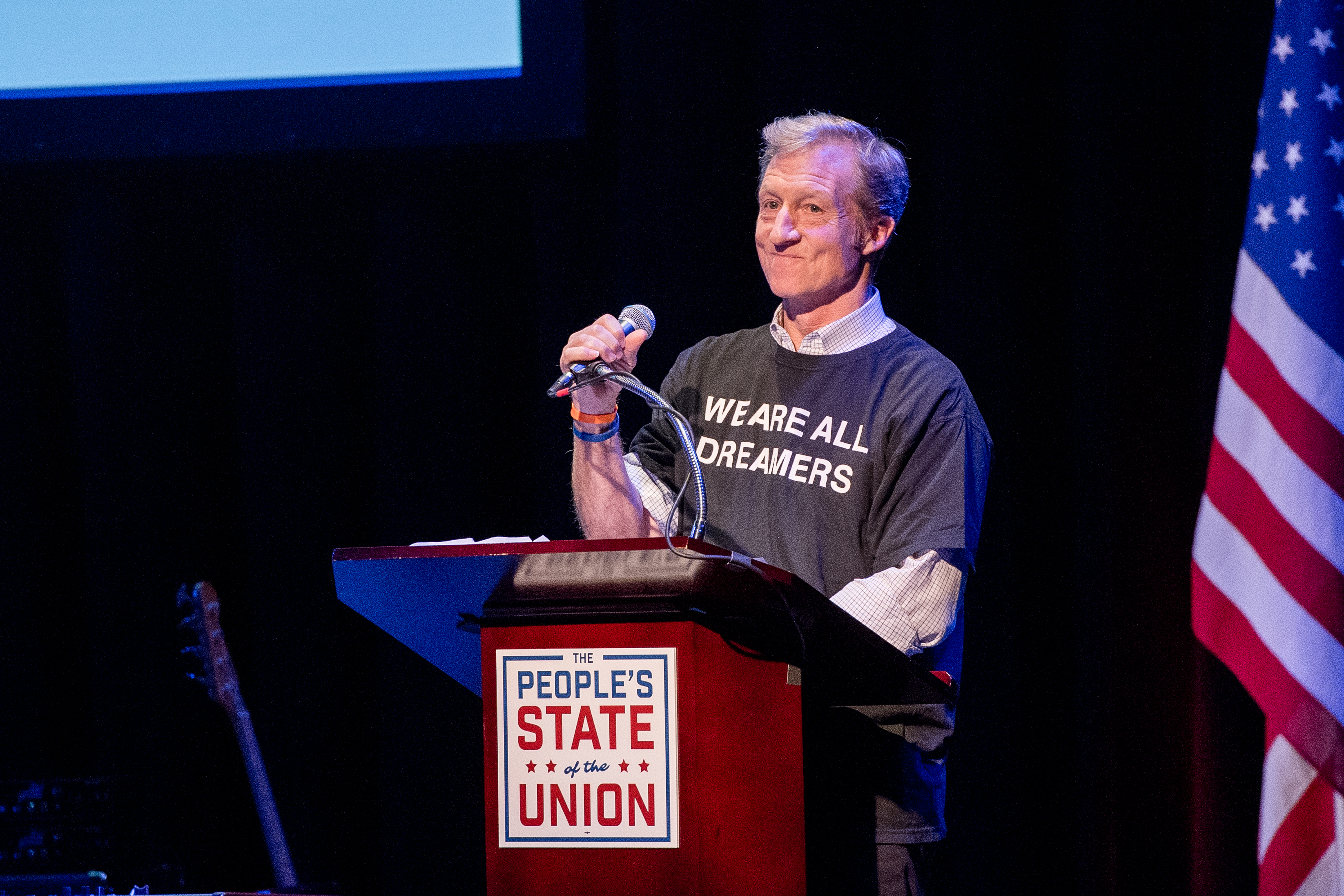 Steyer has focused a lot of attention on a few key races: Florida’s gubernatorial election, Nevada GOP Sen. Dean Heller’s re-election, and several California House Republicans he wishes to send out of office. The billionaire activist has also championed numerous environmental causes across the country. His wealth played an instrumental role in forcing electric utilities in Michigan to increase their renewable energy mandate. Steyer has also funneled around $18 million through his own PAC in support of a renewable energy initiative in Arizona. (RELATED: Arizona Attorney General Suing Tom Steyer, Energy Group For ‘Demonstrably False’ Statements)

However, only Election Day will reveal how influential his millions will be. Steyer’s past donations have not proven to be very successful.

Despite spending more than $91 million in the 2016 election cycle and over $75 million during the 2014 cycle, the vast majority of Steyer’s Democratic beneficiaries went on to lose at the ballot box. Given the amount he’s spent this year, the past election losses have apparently not deterred the liberal donor from spending against Republicans.