Cardinal Jospeh Zen blasted the Vatican’s deal with communist China, calling it a “step toward the annihilation” of China’s underground churches who resist the state.

Zen criticized the deal anew, along with Pope Francis and Vatican Secretary of State Pietro Parolin, in a Wednesday op-ed in the New York Times. The former Bishop of Hong Kong, having decried the deal several times before, this time accused Francis of not understanding the communists and their tendency to persecute the faithful. He also asserted that while he at first supported Parolin, Zen now believes that he is little more than a political careerist in light of Parolin’s support for a deal that capitulates to China’s communists while harming the church. (RELATED: Chinese Bishops Attend Vatican Synod For First Time In History)

“In fact, the deal is a major step toward the annihilation of the real Church in China,” Zen wrote.

“Pope Francis, an Argentine, doesn’t seem to understand the Communists. He is very pastoral, and he comes from South America, where historically military governments and the rich got together to oppress poor people. And who there would come out to defend the poor? The Communists. Maybe even some Jesuits, and the government would call those Jesuits Communists,” Zen wrote.

That view has blinded Francis to communists’ tendency to oppress the Christian faithful, Zen argued.

“Francis may have natural sympathy for Communists because for him, they are the persecuted,” he wrote. “He doesn’t know them as the persecutors they become once in power, like the Communists in China.” 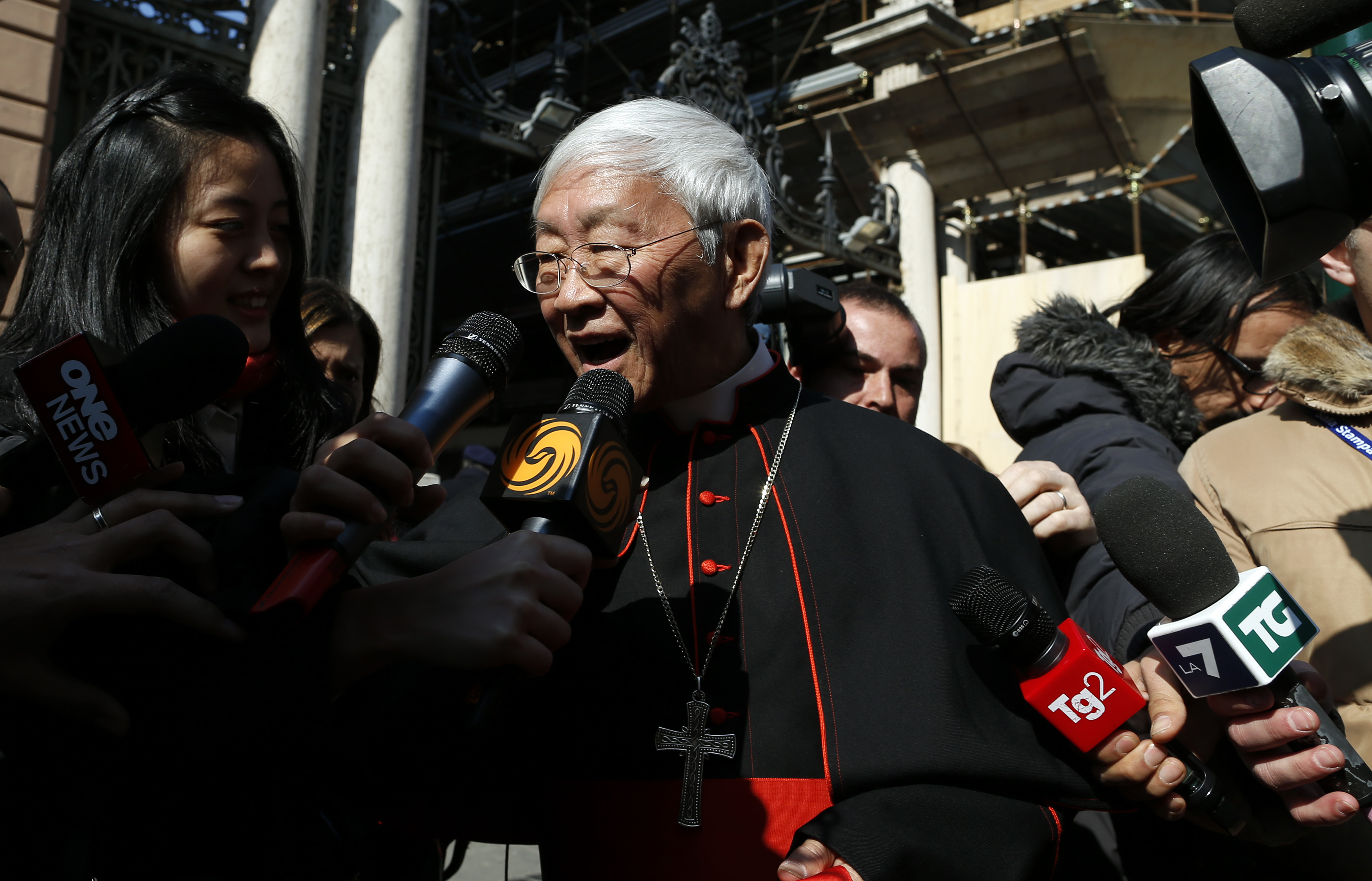 Cardinal Joseph Zen Ze-kiun of China is surrounded by media as he walks near St. Peter square in Rome February 28, 2013. Pope Benedict left the Vatican on Thursday after pledging unconditional obedience to whoever succeeds him to guide the Roman Catholic Church at one of the most crisis-ridden periods in its 2,000-year history. REUTERS/Alessandro Bianchi

As for Parolin, Zen said “I now think that Cardinal Parolin cares less about the Church than about diplomatic success.”

Zen asserted that he, as a native of Shanghai and a minister in China for many years, understands Chinese communists very well and therefore understands how they will seize more power through the Vatican’s deal.

Zen scoffed at the idea of the deal fomenting positive dialogue between the Vatican and China, saying that any dialogue to follow would be useless since Beijing has carte blanche to set whatever terms they wish.

“But what good is having the last word when China will have all the words before it? In theory the pope could veto the nomination of any bishop who seems unworthy,” Zen wrote. “But how many times can he do that, really?”

He also ridiculed the proposed trade-off of the Vatican’s recognition of seven state-appointed, formerly excommunicated bishops in return for Beijing recognizing the underground church’s 30 bishops. The state’s recognition of those 30 bishops would mean their forced submission to the state-sanctioned, communist run church in China and prevent them from ever again ministering in true accordance with the Holy See and church teachings.

Zen ended with a message of warning and encouragement to China’s underground ministers, urging them not revolt but to wait upon God.

“Please don’t start a revolution. They take away your churches? You can no longer officiate? Go home, and pray with your family. Till the soil. Wait for better times. Go back to the catacombs,” he wrote.