The Friday order follows a June 26 Supreme Court decision that found that the FACT Act likely violates the First Amendment.

“The government has no business forcing anyone to express a message that violates their convictions, especially on deeply divisive subjects such as abortion,” said the Alliance Defending Freedom’s Michael Farris, who represented a coalition of pro-life groups challenging the law. “California disregarded that truth when it passed its law forcing pro-life centers to advertise for the abortion industry. The district court’s order puts a permanent end to that law in light of the U.S. Supreme Court’s decision in June, which rightly found that ‘the people lose when the government is the one deciding which ideas should prevail.'”

“The outcome of this case affirms the freedom that all Americans have to speak — or not to speak — in accordance with their conscience,” Farris added.

There are some 200 pro-life pregnancy clinics in California, many of which have a religious orientation. The FACT Act required clinics licensed by the state to post a bulletin relaying information about abortion access in a “conspicuous place” within the facility. Unlicensed clinics — which provide various support services but do not offer advanced medical care — must disclose that they are not credentialed to practice medicine on site and in all advertisements.

The National Institute of Family and Life Advocates (NIFLA) challenged the law on constitutional grounds, arguing it violated the First Amendment because it forces a private speaker to spread a message with which they disagree. (RELATED: The American Legion Is Asking The Supreme Court To Protect A Cross-Shaped War Memorial)

California countered that it has a legitimate interest in ensuring its citizens are well-informed about the range of reproductive health options available to them. The state also feared many pro-life clinics conceal their anti-abortion mission from unwitting patients. 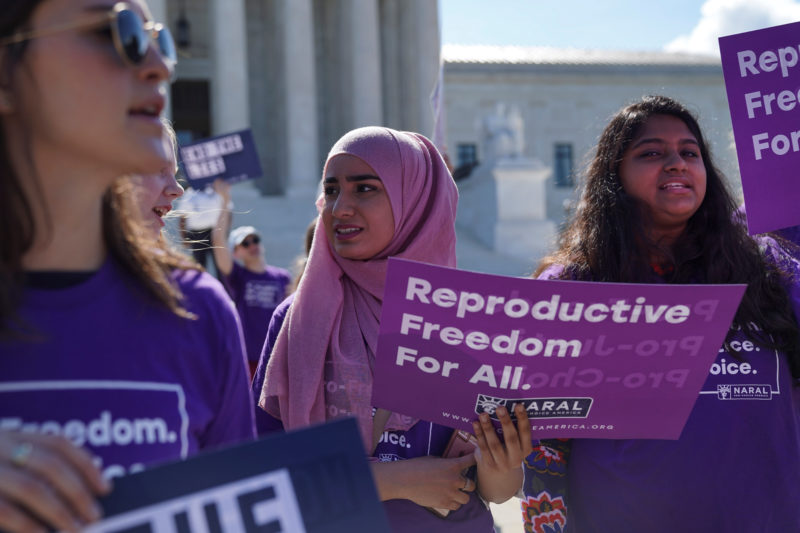 On appeal to the Supreme Court, a five justice majority led by Justice Clarence Thomas found the law likely violates the First Amendment. The case then returned to the U.S. District Court for the Southern District of California, which entered final judgment against the FACT Act. The plaintiffs may also ask to recoup the cost of the litigation.

In one of his last opinions on the court, Justice Anthony Kennedy wrote a concurrence “to underscore that the apparent viewpoint discrimination here is a matter of serious constitutional concern.”

“Governments must not be allowed to force persons to express a message contrary to their deepest convictions,” Kennedy wrote. “Freedom of speech secures freedom of thought and belief. This law imperils those liberties.”