Jair Bolsonaro emerged as the winner of Brazil’s presidential election runoff, making him the first conservative candidate to be elected in the country in 20 years.

The two leading candidates competed in a runoff after no one captured an outright majority in the general election in early October.

Bolsonaro’s victory represents a major change of course for Latin America’s biggest nation — and the fifth most populous country in the world. The leftist Workers’ Party has won every presidential election since 2003. However, after years of violence, economic stagnation and political corruption, the Brazilian electorate has yearned for change.

Bolsonaro has called for major conservative reforms while on the campaign trail. The former army captain has vowed to drastically reduce crime in the country by allowing more access to guns, and giving greater freedom for law enforcement to carry out operations. Also, Bolsonaro wants to inject free-market reforms in the country’s economy, reforms he believes will foster the type of job growth citizens have been yearning for. 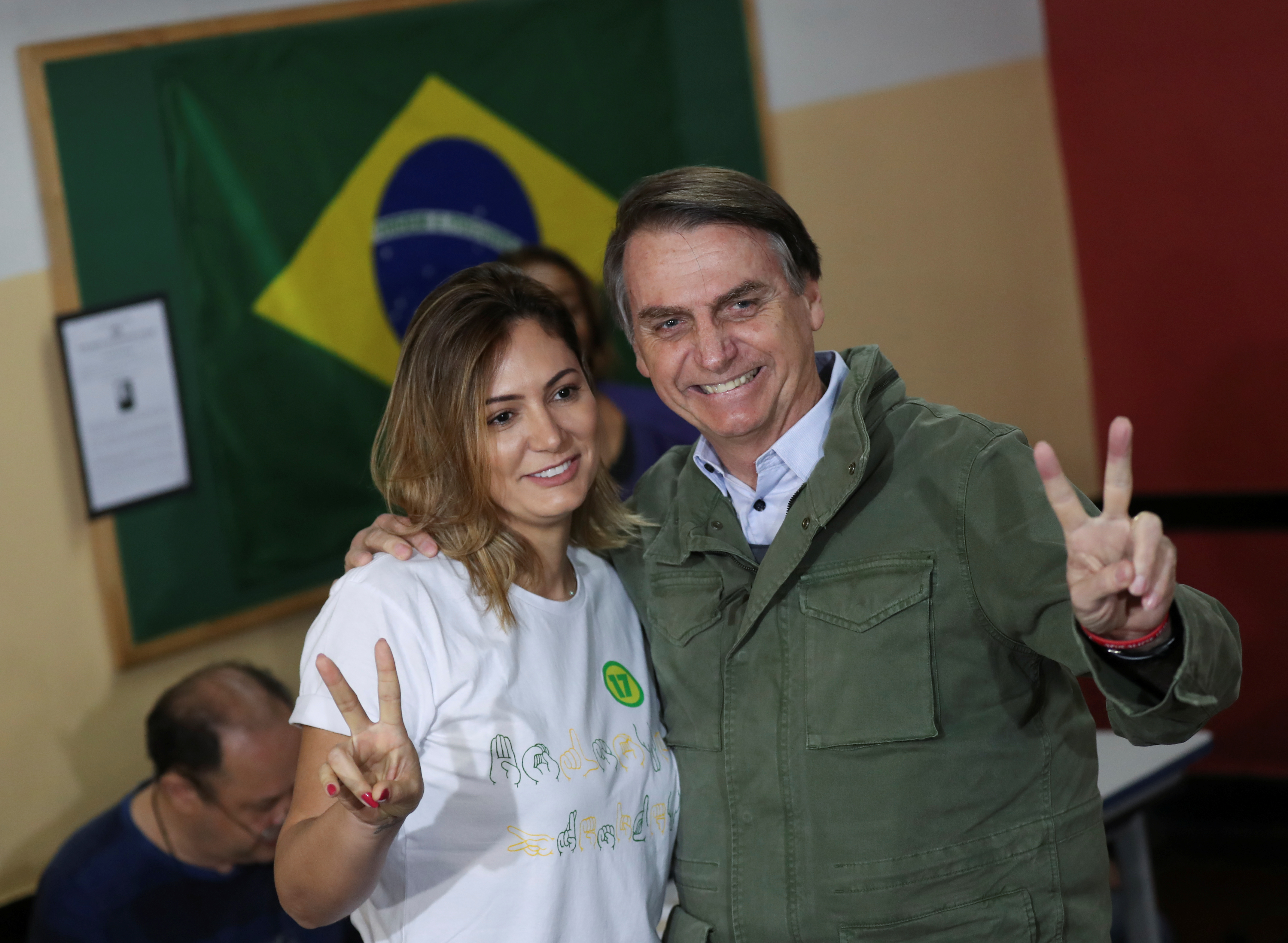 Jair Bolsonaro, far-right lawmaker and presidential candidate of the Social Liberal Party (PSL), poses with his wife Michelle as they arrive to cast their votes, at a polling centre in Rio de Janeiro, Brazil Oct. 28, 2018. REUTERS/Ricardo Moraes/Pool

The president-elect has also drawn strong comparisons to one man in particular: U.S. President Donald Trump. The media has constantly referred to Bolsonaro as the “Trump of the Tropics” or the “Trump of Brazil” — not only because of his conservative positions, but because of his no-holds-barred rhetoric.

The father of four boys has, for example, claimed the birth of his one daughter to be the result of a “moment of weakness,” in a 2017 speech. During a 2014 debate in the Brazilian legislature, Bolsonaro insinuated to a former Communist lawmaker that she was ugly. At a recent campaign rally, he kicked into the crowd an inflatable doll of Luiz Inacio Lula da Silva, the jailed former president of Brazil and a prominent left-wing rival. Like Trump, Bolsonaro has also called for his country to exit the Paris climate agreement. (RELATED: Abortion Battle Rages In Brazil. Professor In Hiding After Receiving Death Threats)

While his political incorrectness has earned him detractors from some establishment figures and those in the American left-wing media, he’s earned support from many Brazilian citizens who want change.

Bolsonaro’s candidacy has also drawn fierce resistance. He was brutally stabbed by a former socialist party member while campaigning in September in the street, where it was caught on camera.

However, Bolsonaro was quickly sent to the hospital and was able to return to the campaign trail not long after.