A father shot and killed a masked gunman who opened fire inside a McDonald’s in Birmingham, Alabama, on Saturday night.

A store employee had opened the door for the father and his two sons to leave when a man wearing a mask walked in and began shooting, according to WBRC-TV. At that point, the father turned around and began firing at the shooter with his pistol.

“He’s my hero”: Employees grateful to be alive after a brave father shoots and kills an armed suspect who stormed a McDonald’s pic.twitter.com/YjNXdc1Eo9

The name of the shooter and of the father have not been released. The father is not expected to face charges.

“I’m feeling grateful,” Markus Washington, an employee at this McDonald’s told WBRC-TV. “Wrapping my head around it all, I was just wishing someone would come wake me up from this nightmare.” (RELATED: Texas Man Who Shot Church Gunman Was Certified NRA Instructor) 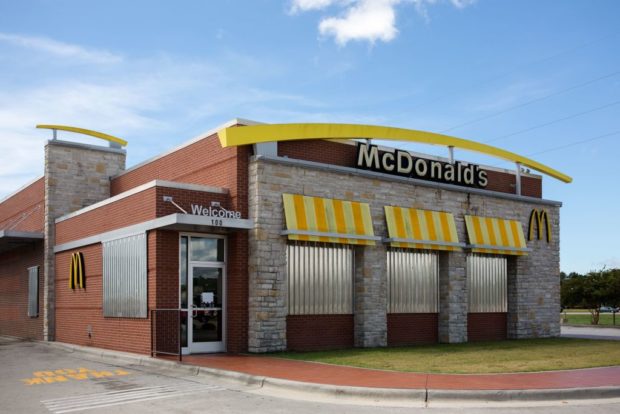 A McDonald’s fast food restaurant is fitted with corrugated metal shutters as it sits empty in Cedar Point, North Carolina on September 12, 2018 in advance of Hurricane Florence. (LOGAN CYRUS/AFP/Getty Images)

“He’s my hero,” Washington added. “Because I can only imagine how it would’ve went if he wasn’t armed. We might not be here having this interview.”