Democratic Texas Senate candidate Beto O’Rourke reiterated the claim that his mother is a Republican — despite her voting record — during an interview with MSNBC’s Chris Matthews.

The interview was held at the University of Houston on Tuesday, and members of the audience were given the opportunity to ask the candidate questions.

“Thank you, sir. I’m a proud Democrat, Republican co-workers, friends and families who are on the fence about voting for a candidate outside their party. I failed to convince them, but maybe you can. What would you tell a moderate conservative to have them join team Beto,” Ryan Lopez, a professional banker, asked.

“First, I would share with them that I am the son of a Republican mother whom we have convinced to vote for me in this election. I know it can be done. I mentioned earlier anything of any consequence that I’ve been a part of since I’ve been a member of Congress I have done by reaching across the aisle compromising, finding consensus and then moving forward,” O’Rourke responded. 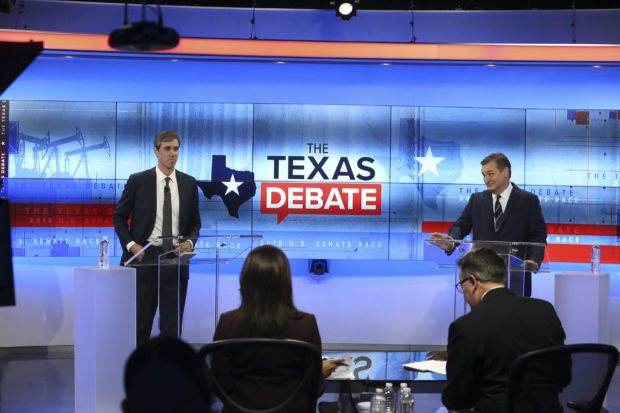 O’Rourke is trailing Cruz by 6 points, according to a University of Texas/Texas Tribune poll of likely voters released last Friday.