Sessions unveiled the program, dubbed the China Initiative, during a speech in Washington, declaring Beijing’s alleged theft of American trade secrets a “real and illegal threat to our nation’s economic prosperity and competitiveness.”

“This initiative will identify priority Chinese trade theft cases, ensure that we have enough resources dedicated to them, and make sure that we bring them to an appropriate conclusion quickly and effectively,” he said.

The initiative will fall under the purview of Assistant Attorney General John Demers, who heads up the DOJ’s National Security Division. Senior FBI officials and at least five U.S. attorneys will lead the investigations, which will focus on Chinese espionage against U.S. government agencies, universities and defense and technology firms, Sessions said. (RELATED: US Trade Deficit With China Hits Record)

Micron is the only U.S. company that manufactures dynamic random-access memory (DRAM), an advanced memory storage device used in computer electronics. Prosecutors say the defendants stole proprietary information related to DRAM from Micron on behalf of the Chinese government, which considers the development of the technology a national economic priority.

“Micron is worth an estimated $100 billion and has a 20 to 25 percent share of the dynamic random access memory industry — a technology not possessed by the Chinese until very recently,” Sessions said in a statement. “As this and other recent cases have shown, Chinese economic espionage against the United States has been increasing, and it has been increasing rapidly.” 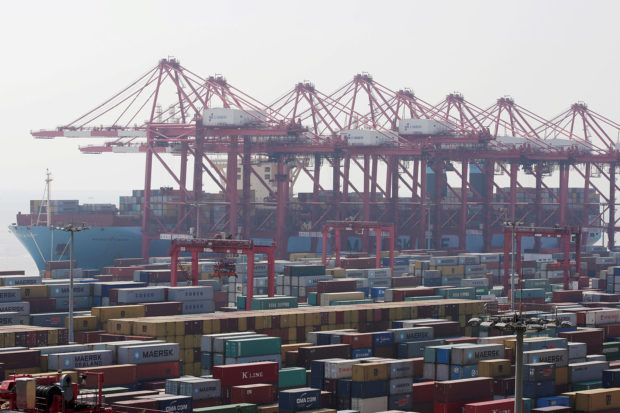 Also Thursday, the DOJ filed a lawsuit seeking to block the indicted Taiwan company, United Microelectronics Corporation, from exporting products to the U.S. that were created with the stolen Micron trade secrets.

The legal actions were the latest in a series of moves aimed at countering Beijing’s ongoing economic and national security provocations. On the trade front, the Trump administration has already imposed tariffs on $250 billion worth of Chinese goods, about half the value of China’s annual exports to the U.S. The DOJ has also filed charges against alleged Chinese spies in three separate economic espionage cases since September.

In addition to economic espionage, the new China Initiative will review Chinese investments and licenses in U.S. infrastructure and telecommunications, according to Sessions. It will also work with other federal prosecutors to probe violations of the Foreign Agent Registration Act in order to “counter covert efforts to influence our leaders and the general public,” Sessions said.