Records show that the deceased suspect in the yoga studio shooting was previously arrested for battery at least twice, and authorities are still searching  for a motive behind the shooting in Tallahassee, Florida, that left two women dead Friday.

Investigators are still trying to determine if Scott Beierle, 40, had any relationships with the yoga studio or the people inside, reported The Wall Street Journal. Authorities say Beierle killed a college student and a doctor when he reportedly opened fire at Hot Yoga Tallahassee Friday evening before taking his own life. 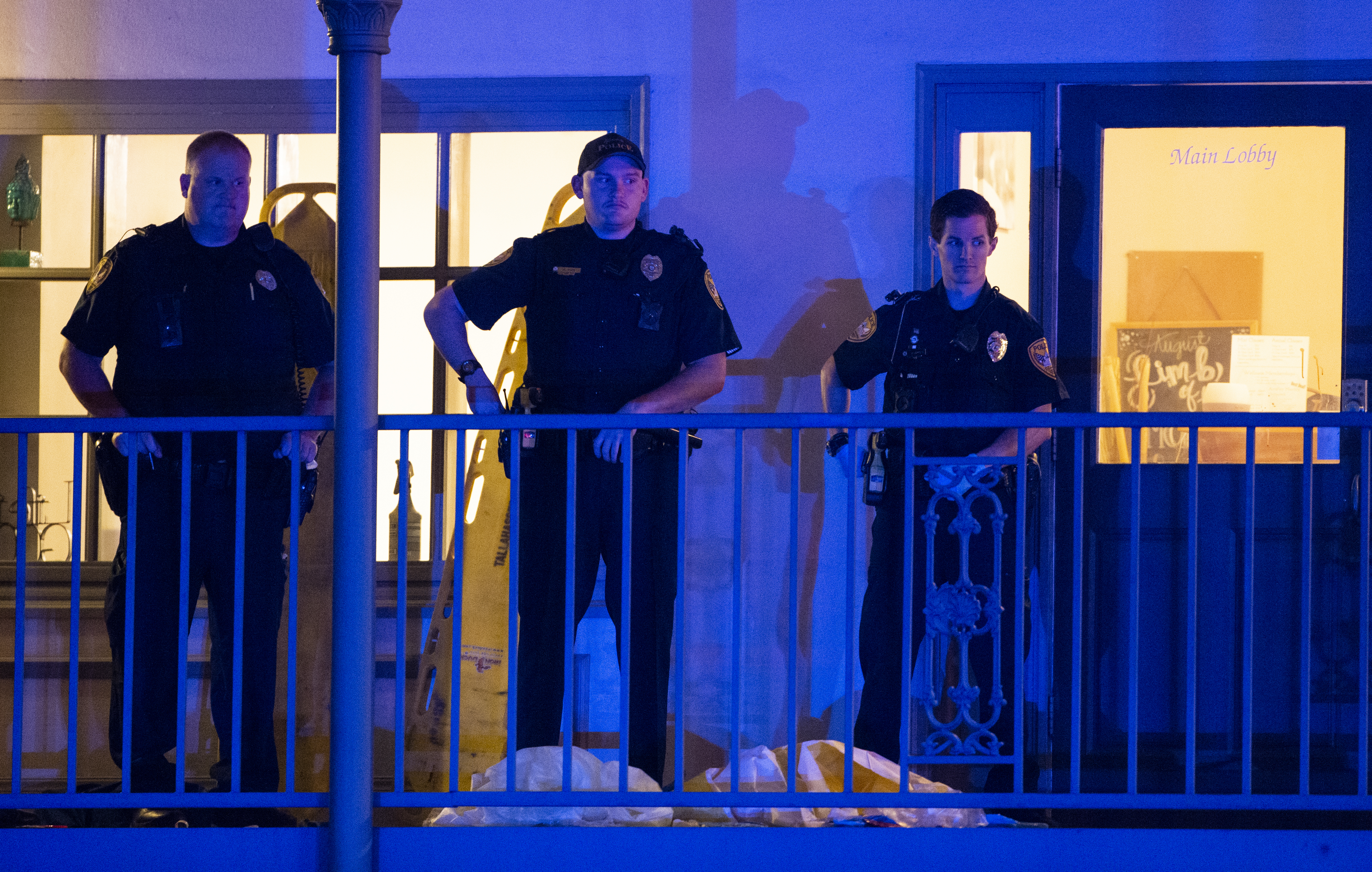 Tallahassee Police officers are stationed outside the HotYoga Studio after a gunman killed one person and injured several others inside on November 2, 2018 in Tallahassee, Florida. Mark Wallheiser/Getty Images

“Records from the first two cases were not immediately available, but the clerk’s office said the charge in the 2012 case was dropped, and the 2014 case was disposed of via ‘other pretrial intervention,'” reported CNN Sunday. (RELATED: Andrew Gillum Fires Staffer Caught Calling White People ‘Crackers’)

The 2016 battery charge appears to stem from surveillance video that showed Beierle “slapping, grabbing and shaking a 19-year-old woman’s backside at a Tallahassee apartment complex’s swimming pool,” according to CNN. A police report was filed, but the case was not prosecuted.

Beierle was a military veteran who graduated from Florida State University and lived in Deltona, Florida. However, he was staying in a Tallahassee hotel leading up to Friday’s shooting, reported WSJ. 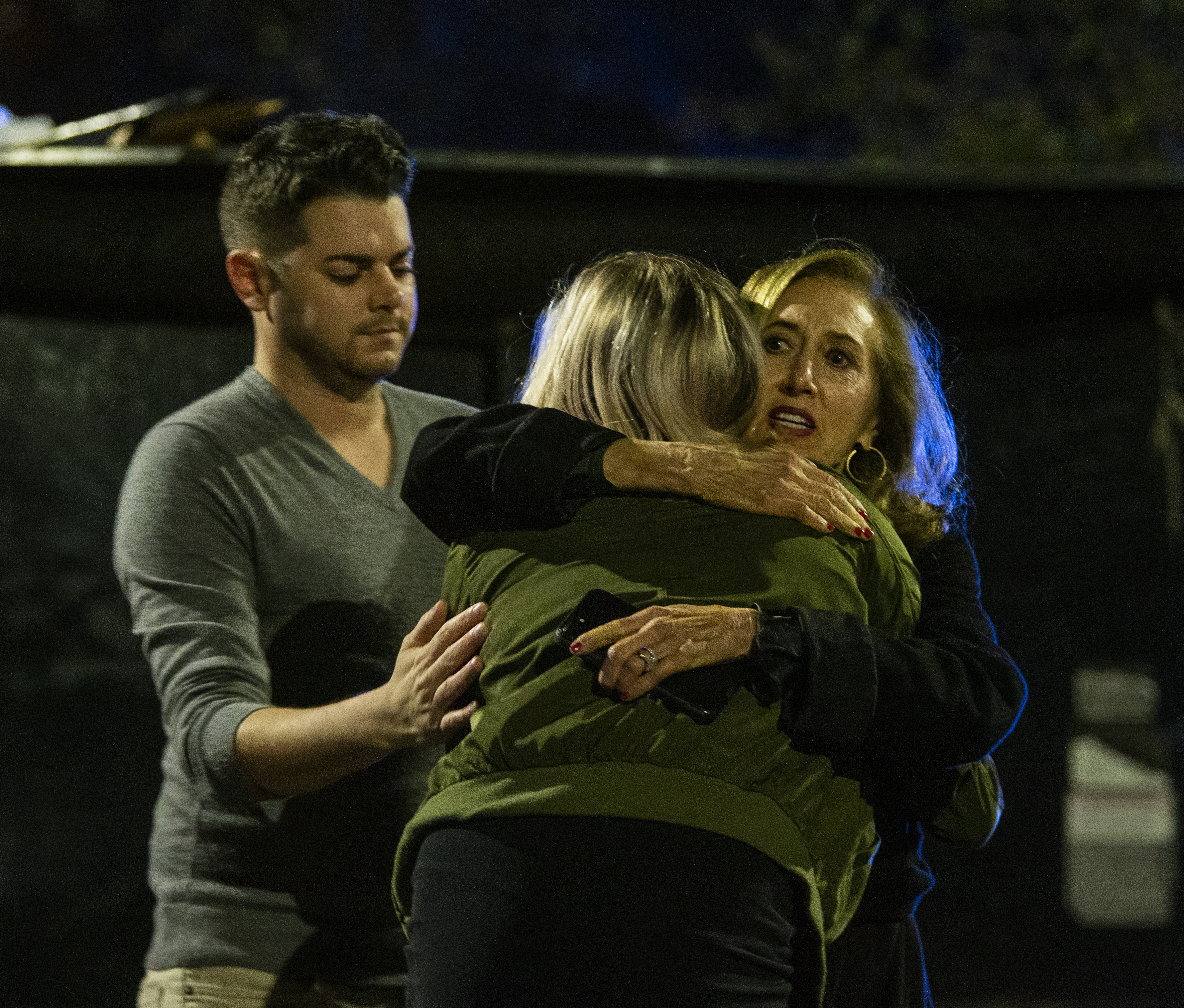 Matthew Rodin, left and Susan Turner comfort Melissa Hutchinson who rendered aid to some of the victims of a mass shooting November 2, 2018 in Tallahassee, Florida. Mark Wallheiser/Getty Images

Beirle also “appeared to have made a series of YouTube videos in 2014 in which he ranted against women and blacks,” but authorities have not confirmed the man in the videos is Beierle, reported WSJ.

Nancy Van Vessem, 61, and Maura Binkley, 21, were fatally shot at Hot Yoga Tallahassee, police said. Four other victims were wounded and another victim was pistol whipped, police said. They appeared to have fought against the gunman, Tallahassee Police Chief Michael DeLeo said according to CNN.

Some of the victims had already been released from the hospital as of Saturday, police said.

Both Van Vessem and Binkley had ties to Florida State University — Van Vessem was a faculty member at FSU’s medical school, and Binkley was a senior at FSU, reported NPR.

Tallahassee mayor and Florida Democratic gubernatorial nominee Andrew Gillum returned to the city from the campaign trail Friday night after the shooting.

“I’m deeply appreciative of law enforcement’s quick response to the shooting at the yoga facility in Tallahassee today,” Gillum wrote on Twitter Friday. “No act of gun violence is acceptable. I’m in close communication with law enforcement officials and will be returning to Tallahassee tonight.”

Gillum and Republican rival Ron DeSantis are locked in a close race to lead Florida.