Kentucky Republican Kim Davis, the county clerk who refused to issue a marriage license to a gay couple, lost her re-election bid on Tuesday night. 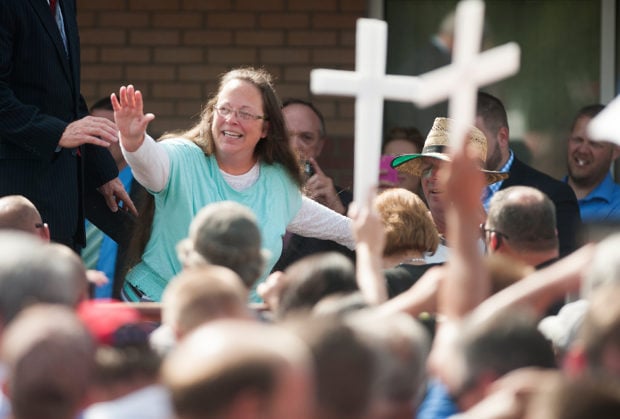 GRAYSON, KY – SEPTEMBER 8: Rowan County Clerk of Courts Kim Davis waves to a crowd of her supporters at a rally in front of the Carter County Detention Center on September 8, 2015 in Grayson, Kentucky. Davis was ordered to jail last week for contempt of court after refusing a court order to issue marriage licenses to same-sex couples. (Photo by Ty Wright/Getty Images)

This was the first time Davis faced reelection after being jailed for refusing to issue the marriage license. (RELATED: The Man Behind Gay Marriage Ruling Writes Open Letter To Kim Davis) 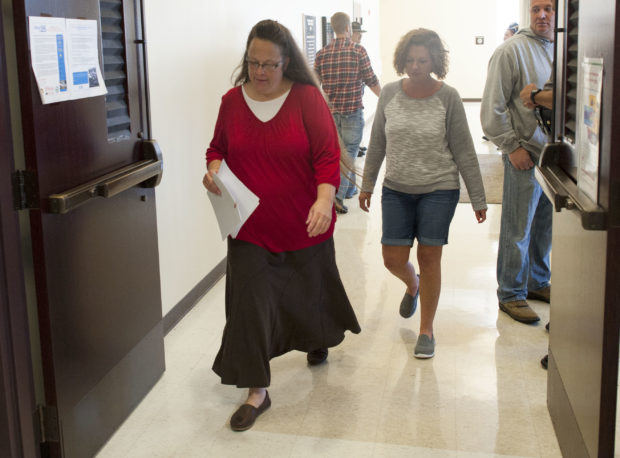 MOREHEAD, KY – SEPTEMBER 14: Rowan County clerk Kim Davis walks through the halls of the courthouse on her first day back to work, after being released from jail last week, at the Rowan County Courthouse September 14, 2015 in Morehead, Kentucky. Davis was jailed for disobeying a judges order for denying marriage licenses to gay couples on the basis of her religious faith. (Photo by Ty Wright/Getty Images)

Caudill Jr. defeated David Ermold, one of the men who Davis refused to give the marriage license to, in the Democratic primary. Ermold refused to endorse either candidate after losing.

In a heated Facebook post, Ermold accused Caudill Jr. of being homophobic. He said, “NO. I WILL NOT SUPPORT A HOMOPHOBE IN THE NOVEMBER ELECTIONS. That’s not a feeling. That’s a conviction.”