The recent headline-grabbing study that claimed global warming was heating the oceans up faster than expected suffers from a major math error, according to two researchers.

The study, which was published in a prestigious scientific journal at the end of October, put forward results suggesting global warming was much worse than previously believed. The media ate the results up.

Independent scientist Nic Lewis found the study had “apparently serious (but surely inadvertent) errors in the underlying calculations.” Lewis’ findings were quickly corroborated by another researcher.

Numerous media outlets uncritically highlighted the study’s findings. The Washington Post, for example, reported the work suggested “Earth could be set to warm even faster than predicted.”

The Post’s coverage of the “startling” climate study was echoed by The New York Times, which claimed the study suggested global warming “has been more closely in line with scientists’ worst-case scenarios.”

The BBC warned “[t]his could make it much more difficult to keep global warming within safe levels this century.” 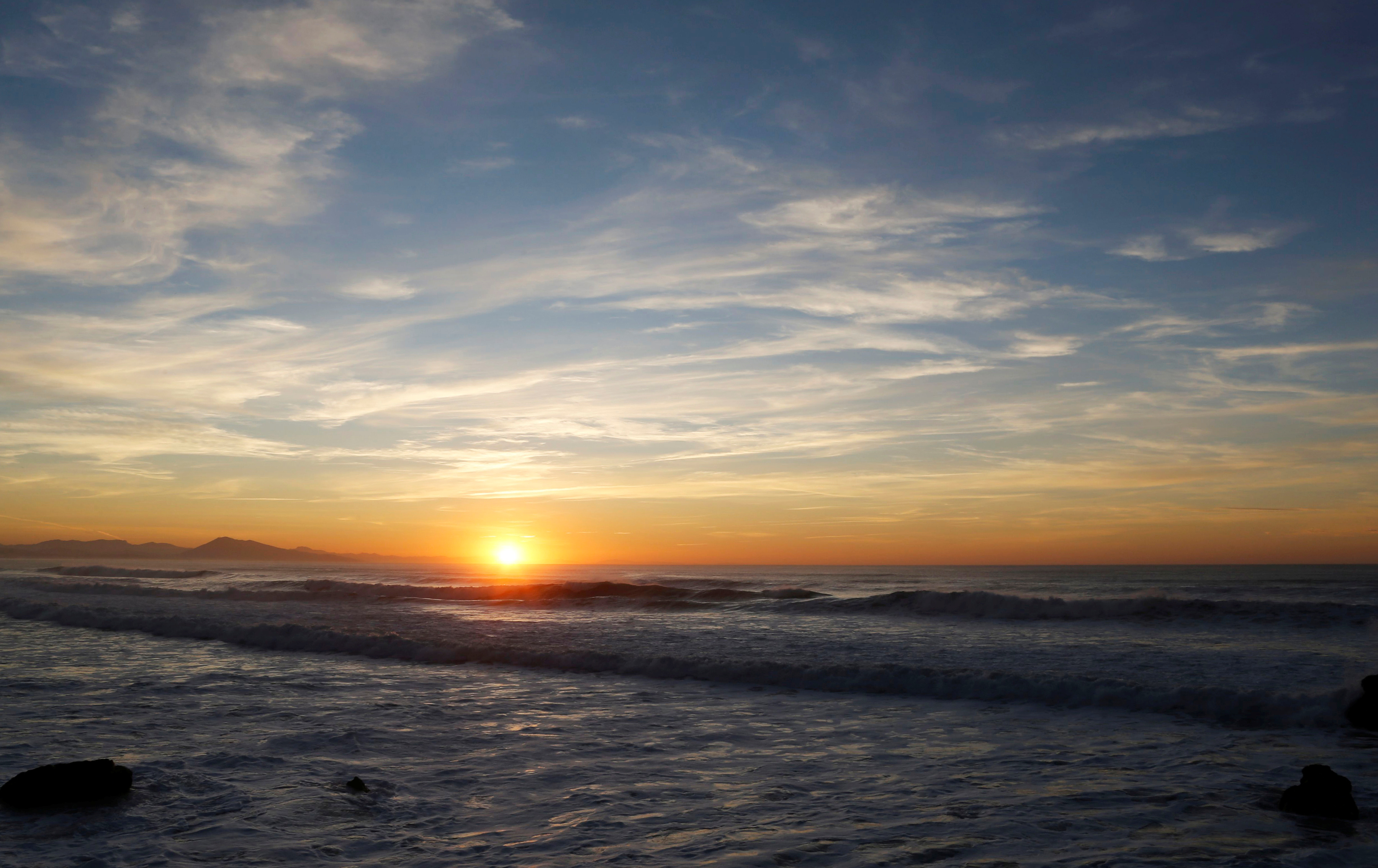 The Atlantic Ocean is pictured, during an unusually warm autumn day, from the coastline at sunset in Biarritz, France October 24, 2017. REUTERS/Regis Duvignau.

However, Lewis found the new paper’s findings stemmed from a math error. Lewis said “a quick review of the first page of the paper was sufficient to raise doubts as to the accuracy of its results.”

“Just a few hours of analysis and calculations, based only on published information, was sufficient to uncover apparently serious (but surely inadvertent) errors in the underlying calculations,” Lewis wrote in a blog post published on climate scientist Judith Curry’s website.

Resplandy and her colleagues estimated ocean heat by measuring the volume of carbon dioxide and oxygen in the atmosphere. The results: the oceans took up 60 percent more heat than previously thought. The study only sent alarm bells ringing, especially in the wake of the United Nations’ latest climate assessment.

“The planet warmed more than we thought. It was hidden from us just because we didn’t sample it right. But it was there. It was in the ocean already,” Resplandy told The Post at the end of October.

After correcting for the error, however, Lewis found the paper’s ocean warming rate “is about average compared with the other estimates they showed, and below the average for 1993–2016.”

Lewis’ results were replicated by University of Colorado professor Roger Pielke, Jr., who shared his analysis via Twitter on Tuesday.

Lewis is correct that the linear trends reported by Resplandy et al are not matched by what the data indicate. See figure below which I just created based on data provided by Resplandy et al.
Mistakes happen in science, that’s no crime.
What matters more is what you do next. /END pic.twitter.com/ylFqZngbmm

Pielke confirmed the linear trends reported by Resplandy and her colleagues stemmed from “a big error at the core of paper’s findings.”

PS. You can read Lewis here @curryja –> https://t.co/lOKW8s0ESD
Here is the Lewis figure I just replicated. It’s a big error at the core of paper’s findings. pic.twitter.com/ifSa0yALNu

Resplandy and her co-authors hoped their study would resolve problems many scientists have with measuring ocean temperatures before the use of Argo floats in 2007. Before then, scientists patched together data from boat engine intakes, buckets and buoys to measure ocean heat.

However, Resplandy did not respond to Lewis about the errors he found in her paper. (RELATED: Why Is The Media Ignoring This Global Warming Study? Probably Because Of Its Inconvenient Findings)

“To date I have had no substantive response from her, despite subsequently sending a further email containing the key analysis sections from a draft of this article,” Lewis wrote on Tuesday.

Neither Resplandy nor co-author Ralph Keeling responded to The Daily Caller News Foundation’s request for comment.