A left-wing mob showed up outside Fox News host Tucker Carlson’s house Wednesday evening, posted pictures of his address online and demanded that he flee the city of Washington, D.C.

Carlson, a co-founder of The Daily Caller and host of “Tucker Carlson Tonight,” was at the Fox News studio when the angry crowd showed up outside of his house.

At least one of the protesters went all the way up to Carlson’s front door, where they left a sign with his family’s home address written on it and rang his doorbell. Carlson’s wife Susie was home alone at the time.

“No borders! No walls! No USA at all!” the protesters chanted in another video posted to Twitter.

The group posted a picture of the sign with the Carlson family’s address on it to Twitter. (RELATED: GOP Office Set On Fire Less Than Two Days After Opening) 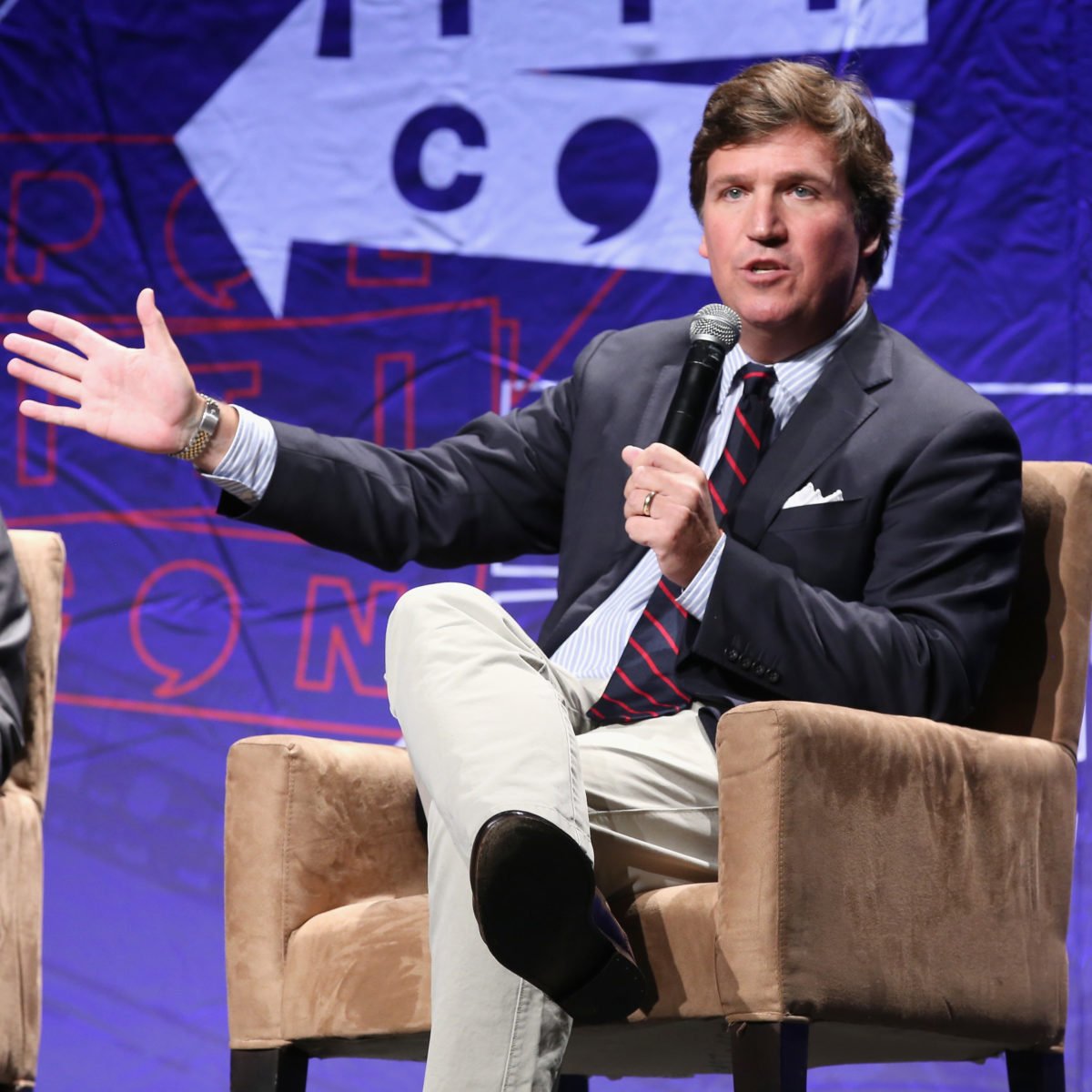 Twitter removed the videos and tweet with Carlson’s address Wednesday night after an inquiry from The Daily Caller News Foundation.

“The incident that took place at Tucker’s home last night was reprehensible. The violent threats and intimidation tactics toward him and his family are completely unacceptable,” Scott and Wallace said, adding:

“We as a nation have become far too intolerant of different points of view. Recent events across our country clearly highlight the need for a more civil, respectful, and inclusive national conversation. Those of us in the media and in politics bear a special obligation to all Americans, to find common ground.”

“This has to stop. Who are we? What are we becoming? @TuckerCarlson is tough & can handle a lot, but he does not deserve this,” Kelly, a former Fox News host, wrote on Twitter.

“His family does not deserve this. It’s stomach-turning,” Kelly added.

This article has been updated to note Twitter’s deletion of the group’s tweets and suspension of its Twitter account.