Scott beat Hallquist 57.1 percent to 38.5 percent, according to CNN Politics. Pollsters expected the race to be a bit tighter, and many in the media projected a “blue wave” that might help elect Hallquist, America’s first transgender person to run for a major political office.

Scott was one of the nation’s most popular governors with a 65 percent approval rating in 2018’s first quarter, but that rating nose-dived to a meager 5 percent in the second quarter after he signed a number of policies doubling down on gun control. The measures included expanded background checks, a ban on bump stocks, and increasing the legal age for gun purchasers to 21.

Hallquist, the former CEO of Vermont Electric Co-Operative, is biologically male but identifies as a female. His gender identity became a focal point in the gubernatorial campaign for many liberal voters who hoped to elect a greater number of minorities at the midterms. (RELATED: Vermont Nominates First Transgender Gubernatorial Candidate For Major Party) 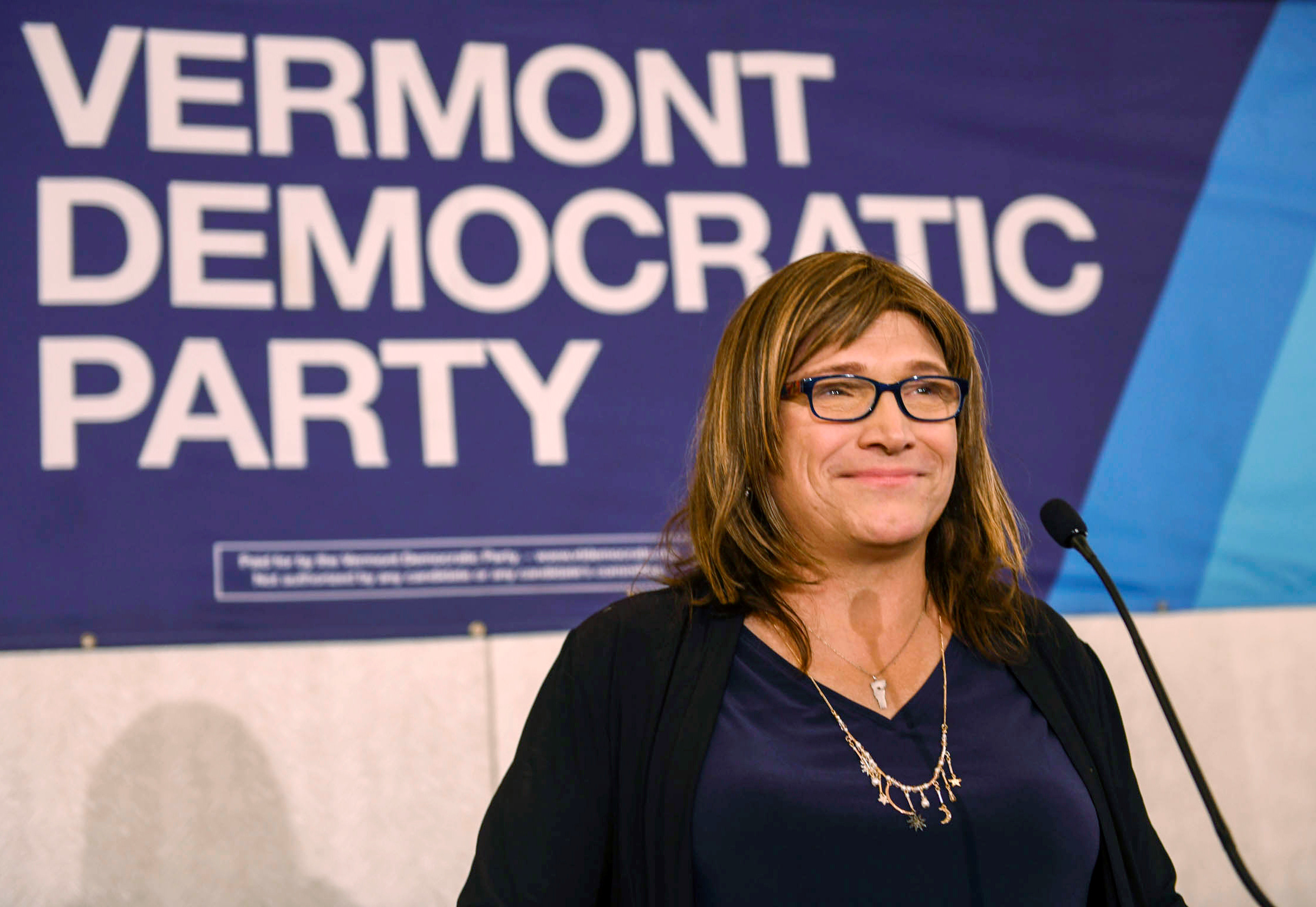 Hallquist criticized capitalism ahead of the midterms and said in mid-August that he wasn’t sure what socialism is.

Christine Hallquist (D-VT), first transgender person to win a major party nomination for gov. of a state admitted: “I’m not sure I even know what socialism is,” when asked about the economic system. pic.twitter.com/xdMiyITE9K