The incident prompted a call to school police, who reportedly removed the offending graffiti, and the dean of students issued a statement to the student body. 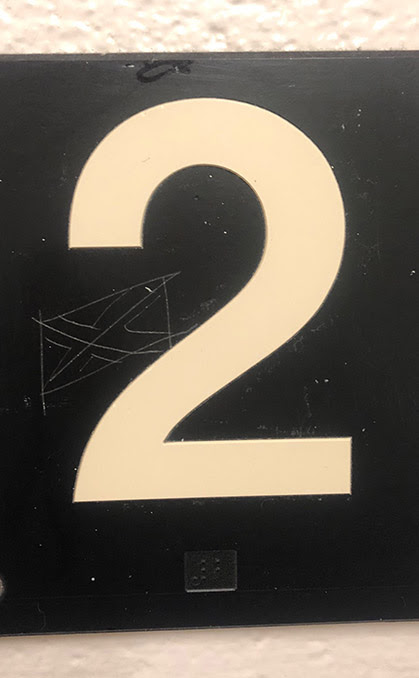 “I am writing to inform you of an incident that occurred last night in Melville Hall, one of our student residences,” an email from the Dean of Students began. “UMass Police responded to a report that someone had vandalized a stairwell sign by etching a ‘confederate [sic] flag’ into the sign.”

“Police assessed the matter and out of an abundance of caution removed the sign immediately,” the email continued. “However, the police concluded that the marred sign did not distinctly resemble a confederate [sic] flag.” (RELATED: UMass Amherst Chancellor Calls Proposed DHS Gender Definition ‘Odious’) 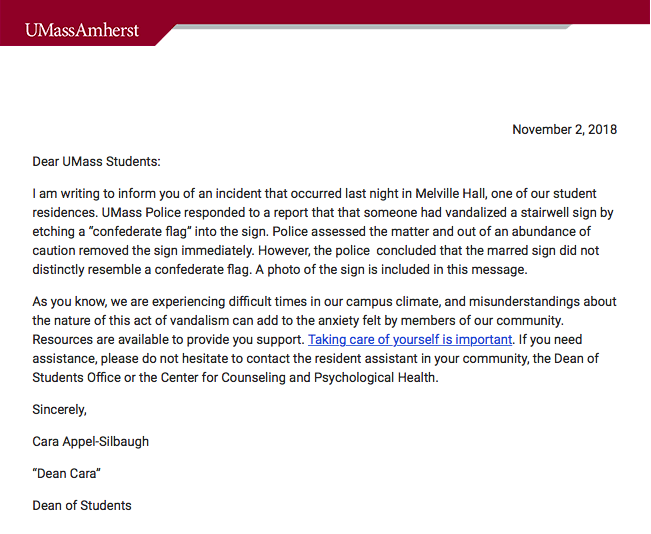 Attached to the email was a photo of the infamous stairwell sign, on which can be seen a makeshift depiction of what could possibly be a Confederate flag. It also resembled the “Union Jack” flag of the U.K.

The Dean claimed that UMass Amherst is “experiencing difficult times in our campus climate,” and that “misunderstandings about the nature of this act of vandalism can add to the anxiety felt by members of our community.” (RELATED: UMass-Amherst Spikes Speech Zone Policy After Getting Sued)

Anxiety-ridden students were encouraged to reach out to campus counseling services if necessary.

The university did not respond to The Daily Caller’s request for comment.