The use of opioid drugs appears to have a negative effect on employment tendencies: the bigger the crisis, the less likely it is for unemployed people to join the labor market.

Changes in employment have recently been remarkably favorable in the United States and a recovery from the opioid crisis could mean an important boost for the future. (RELATED: Senate Passes Bipartisan Legislation To Combat Opioid Epidemic) 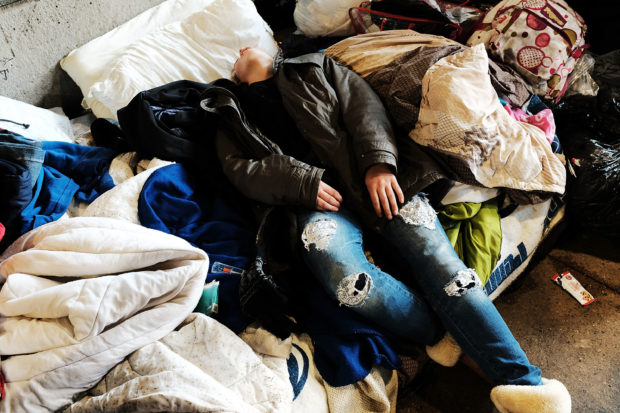 PHILADELPHIA, PA – JANUARY 24: A woman sits passed out on heroin under a bridge where she lives with other addicts in the Kensington section of Philadelphia which has become a hub for heroin use on January 24, 2018 in Philadelphia, Pennsylvania. Over 900 people died in 2016 in Philadelphia from opioid overdoses, a 30 percent increase from 2015. As the epidemic shows no signs of weakening, the number of fatalities this year is expected to surpass last year’s numbers. Heroin use has doubled across the country since 2010, according to the DEA, part of an epidemic. Officials from Philadelphia recently announced that they want to become the first U.S. city to allow supervised drug injection sites as a way to combat the opioid epidemic. (Photo by Spencer Platt/Getty Images)

Major labor market indicators such as civilian employment and wage levels are showing improvement, which may be boosted by the now plateauing opioid crisis. According to the Centers for Disease Control and Prevention, reported drug overdose deaths peaked at the end of 2017 (70,000 monthly victims), which number started to decrease in February 2018 (69,000 victims, then 68,000 in March).

Andrew Kolodny, co-director of the Opioid Policy Research Collaborative, warned the Wall Street Journal that these figures are early and incomplete. Other indicators like the decreasing number of drug-dependent newborns also indicate favorable changes in opioid abuse. 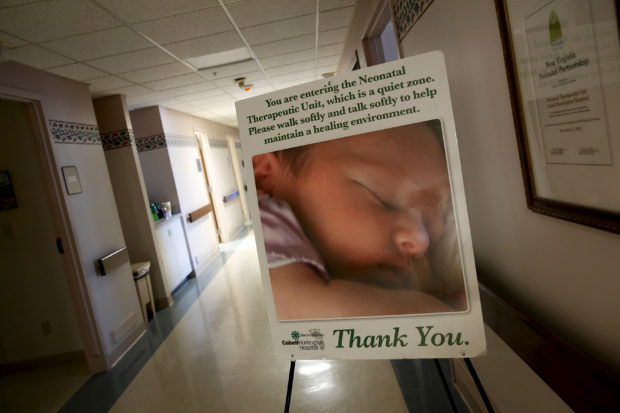 A sign marks the entrance to the Neonatal Therapeutic Unit at Cabell Huntington Hospital, where staff members have acted to treat an alarming number of drug-dependent newborns, in Huntington, West Virginia, October 19, 2015. In 2018, the numbers are showing improvement. REUTERS/Jonathan Ernst

Even though further drop in opioid use is expected, the devastating crisis will have its impact on the country and its economy in the upcoming decades.

This linkage can is largely due to the phenomenon of addiction: per capita sales of prescription opioid medication rose by 356 percent between 1999 and 2015, and Brooking’s research also showed that those who took prescription medication in their first survey were 80 percent likely to take it in the follow-up survey as well (they conducted two online surveys with a difference of 9 months). 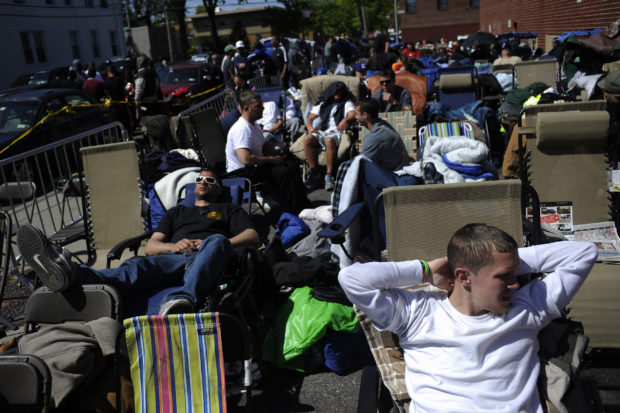 Job seekers wait in front of the training offices of Local Union 46, the union representing metallic lathers and reinforcing ironworkers, in the Queens borough of New York, April 29, 2012. By 2018, unemployment decreased significantly in the United States, dropping to the lowest level since 2001. REUTERS/Keith Bedford

The slight decrease in drug overdose deaths in 2018 accompanied promising tendencies in regard to the labor market. November data by the U.S. Bureau of Labor Statistics confirmed the absolute civilian employment hitting an all-time high in 2018, unemployment dropping to the lowest level since 2001 and the highest employment-population ratio since 2010.