CNN’s Chris Cuomo went on a long diatribe against gun violence on his show Thursday night.

Cuomo, who has long been a proponent of stricter gun control, criticized those who send “thoughts and prayers” after a shooting tragedy.

The news show host focused on the deadly shooting that occurred Wednesday night at a bar in Thousand Oaks, Calif. where at least 12 people, including Ventura County Sgt. Ron Helus, were killed by a veteran gunman reportedly believed to have PTSD.

Cuomo said those praying for the victims actually “mock” them and that “leaving it to God” is not the answer. 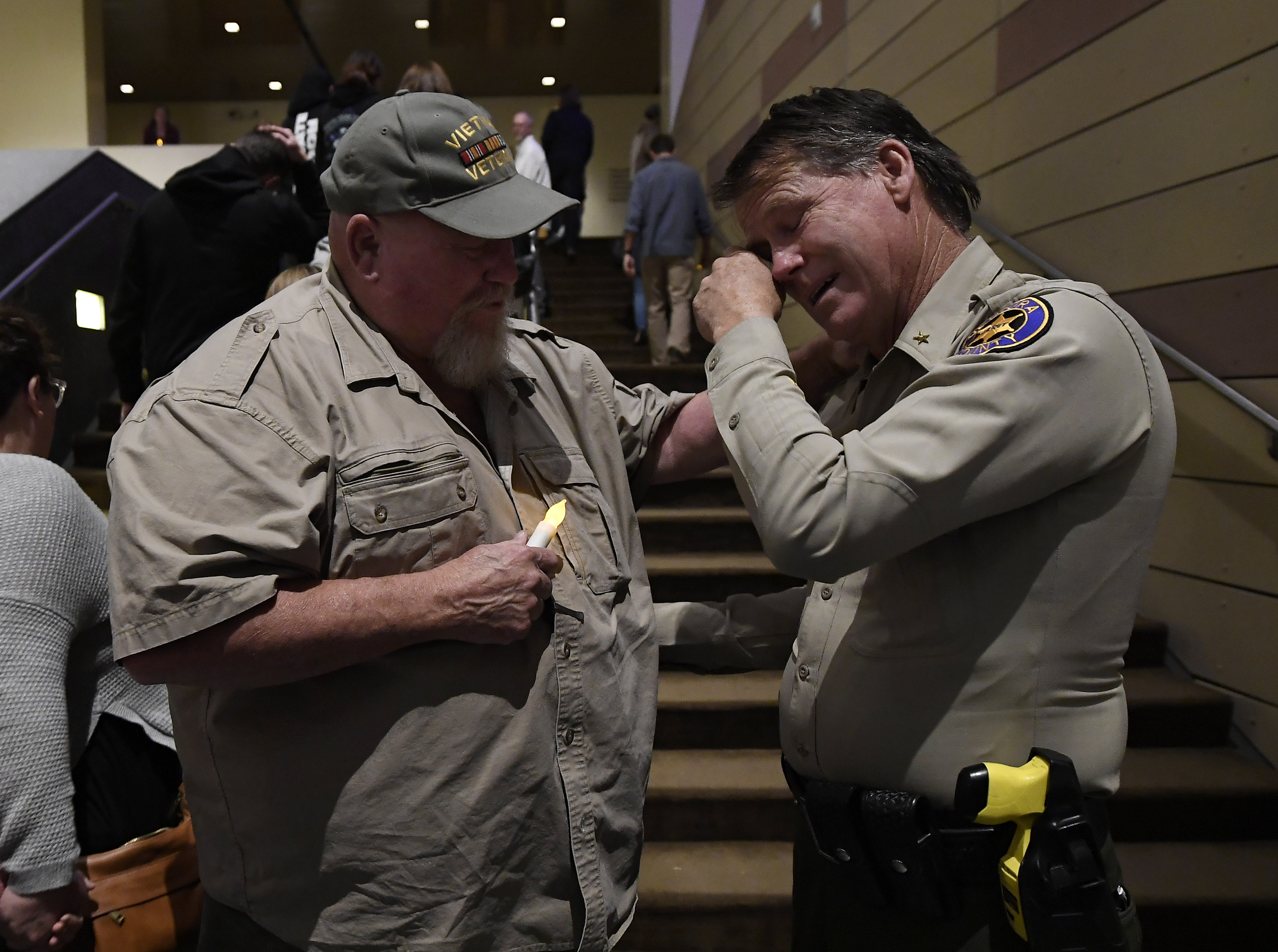 “First, I would like to offer my thoughts and prayers, because that’s what you do when you offer ‘Thoughts and prayers’ — You mock those who lost loved ones because if you gave it any thought at all, you would never walk away from any of these without figuring out a better way to deal with them,” Coumo said passionately.

“And prayer? You think leaving it to God is the answer?” Cuomo grumbled.

“We pray for strength. We pray for wisdom, for resolve, but we clearly don’t want to act on any of those here. So what are you praying for? What would it take?” Cuomo asked.

The CNN host then wondered if a stadium full of children and puppies getting killed would curb gun legislation.

“How about a stadium full of children of the most influential people in our society, all holding puppies. What if they were all shot and killed. Would we act? Oh, don’t be ridiculous — more ridiculous than doing nothing? Time after time?” Cuomo continued.(RELATED: 13 People Reported Dead After Shooting In California Bar)

The CNN hosts ended the show on an ominous note, saying, “And the next time is coming.”