The person recently accused of shooting and killing several patrons at a bar in Thousand Oaks, Calif. may have been at least partially motivated by the issue of gun control, according to a CNN report published Thursday night.

CNN revealed a Facebook post authorities believe was made by the gunman close to his deadly attack:

I hope people call me insane… (laughing emojis).. wouldn’t that just be a big ball of irony? Yeah.. I’m insane, but the only thing you people do after these shootings is ‘hopes and prayers’.. or ‘keep you in my thoughts’… every time… and wonder why these keep happening…

The post, if written by Ian David Long, displays a grasp of how his then-coming actions would affect the inevitable debate about gun control that would follow. Gun control advocates typically mock and brush off attempts at offering “thoughts” or “prayers” after a tragedy involving a weapon usually unless those condolences are followed by appeals for gun control. 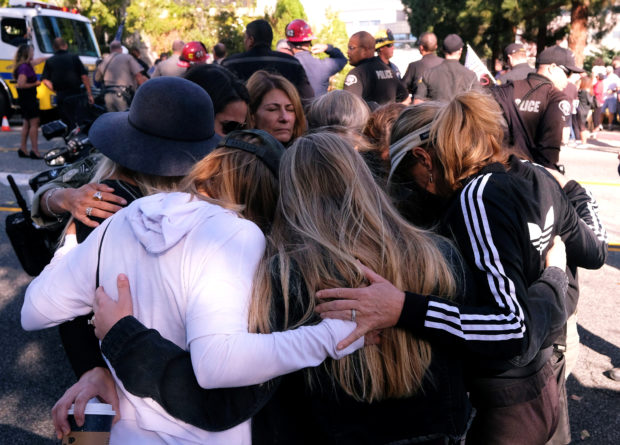 People pray before the procession for the Ventura County Sheriff Sgt. Ron Helus, who was shot and killed in a mass shooting at a bar in Thousand Oaks, California, U.S., November 8, 2018. REUTERS/Ringo Chiu

CNN reportedly read the post to a friend of the shooter, who said: “That does not sound like Ian to me at all. I don’t know what was going through his head when he wrote this. It must have been terrible.”

Another friend described Long as a “good guy.”

The same CNN report revealed that Long had been interviewed in April by authorities responding to a disturbance at his residence. While a crisis team mental health specialist believed the 28-year-old Marine veteran could be suffering from post-traumatic stress disorder, they made the decision not to detain him.