President Donald Trump issued a proclamation on Friday that makes anyone caught crossing the southwest border illegally ineligible for asylum, a major change to U.S. immigration policy that seeks to reverse the rising tide of migration from Central America.

The order, which takes effect midnight Saturday, suspends for 90 days the entry of any alien across the U.S.-Mexico border, with broad exceptions for people who present themselves for inspection at ports of entry and legal permanent residents.

When combined with a new asylum regulation issued Thursday, the practical effect of the proclamation is to limits asylum protections to only those migrants who present themselves at U.S. ports of entry. Administration officials say the ultimate aim of the policy is to channel asylum seekers away from illegal border crossings, which have surged this year amid a wave of Central American migrants.

Migrants who present themselves at the ports of entry will still be eligible to pursue asylum claims under the new policy. Additionally, migrants already in the U.S. will still be able to seek humanitarian protections pursuant to “withholding” of removal and convention against torture provisions, which use a higher “reasonable fear” standard. (RELATED: ‘Non-Meritorious’ Central American Asylum Seekers Crowd Out Legitimate Applicants)

“Any person that has a legitimate claim of persecution … can still have that claim heard,” a senior administration official told reporters Friday, on the condition of anonymity. “They just have to go to a port of entry.”

In his proclamation, Trump alluded to the country’s “long and proud history” of offering asylum to people facing persecution at home, but added that “our system is being overwhelmed by migration through our southern border.”

“Crossing the border to avoid detection and then, if apprehended, claiming a fear of persecution is in too many instances an avenue to near-automatic release into the interior of the United States,” the proclamation states. 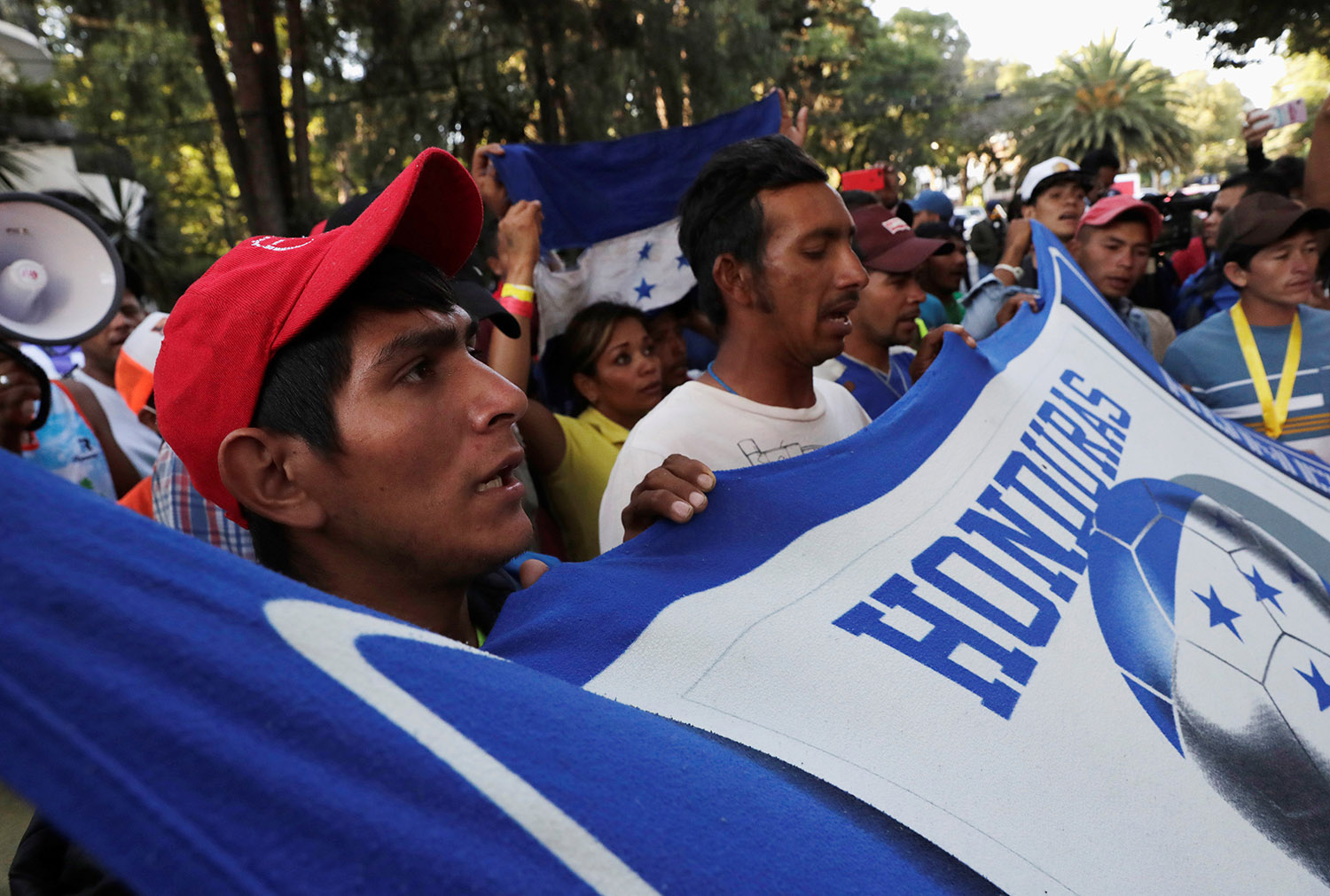 Migrants, part of a caravan traveling from Central America en route to the United States, arrive outside a UN Refugee Agency (UNHCR) office during a march demanding buses to take them to the U.S. border, in Mexico City, Mexico Nov. 8, 2018. REUTERS/Henry Romero

Trump’s order comes as a caravan of several thousand migrants, mostly from Central America, is making its way north through Mexico with the aim of reaching the southwest border. Trump has described the caravan as a potential “invasion” of illegal immigrants and says it is a result of overly lenient U.S. asylum and immigration detention laws.

The new asylum policy is likely to face legal challenges from civil rights and immigration activist groups, who say it runs afoul of the asylum provisions in the Refugee Act of 1980. The Trump administration argues the president has the authority under a separate law, the Immigration and Nationality Act, to establish new conditions by which certain classes of aliens may be deemed inadmissible to the U.S.

Meanwhile, the State Department is negotiating with the Mexican government about an agreement that would allow immigration authorities to deport ineligible migrants back to Mexico instead of their home countries in Central America, administration officials said. Such an agreement would lead to the lifting of Trump’s asylum order before the official 90-day expiration date, according to the proclamation.

Central American migrants have an obligation to seek protection in the first safe country they enter, the Trump administration has argued.