Snipes, Broward County’s embattled Supervisor of Elections, may have been appointed by former Florida Republican Gov. Jeb Bush, but when she ran for re-election in 2004, 2008, 2012 and 2016, she ran as a Democrat. (RELATED: Media Dismisses Florida Election Misconduct As Conservative Conspiracy Theory)

Mitchell appeared to be steering the narrative away from the concern that Snipes might be intentionally tipping the scales in favor of Democrats, saying, “We should also point out that Brenda Snipes in Broward County is a Republican appointed by former governor … Jeb Bush. So she was put in by a Republican governor after the mess that we all remember from 2000. And she’s hardly a Democratic official, or someone doing the bidding of the Democratic candidates there.” 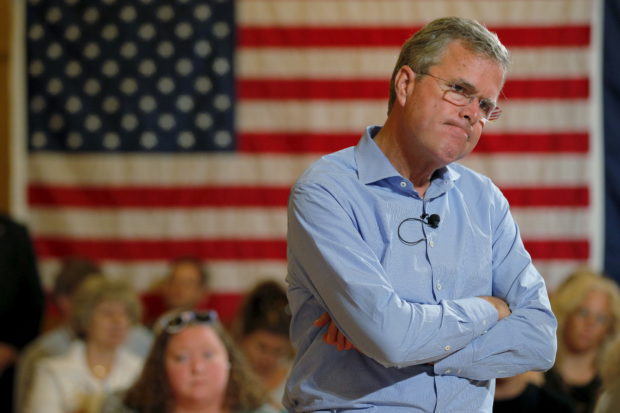 Bush appointed Snipes in 2003 after her predecessor, Miriam Oliphant, was removed from office. Oliphant had removed a number of experienced election officials and replaced them with friends and family members, resulting in polls opening late and closing early.

Following multiple discrepancies under Snipes’ watch in Broward County, however, a ruling that found Snipes guilty of not disposing of ballots properly in 2016 and the confusion still surrounding the 2018 midterm elections made Bush reconsider his position.

There is no question that Broward County Supervisor of Elections Brenda Snipes failed to comply with Florida law on multiple counts, undermining Floridians’ confidence in our electoral process. Supervisor Snipes should be removed from her office following the recounts.

How can she not know 40+ hrs later how many votes are outstanding?? pic.twitter.com/PpQmRbTZe4

President Donald Trump has also weighed in several times on the subject, accusing officials in Broward County of trying to “steal” the election for the Democrats.

Thank you @marcorubio for helping to expose the potential corruption going on with respect to Election Theft in Broward and Palm Beach Counties. The WORLD is now watching closely!