The establishment media is dismissing the election scandal in Florida as a conservative conspiracy theory, but the evidence indicates something strange is afoot. 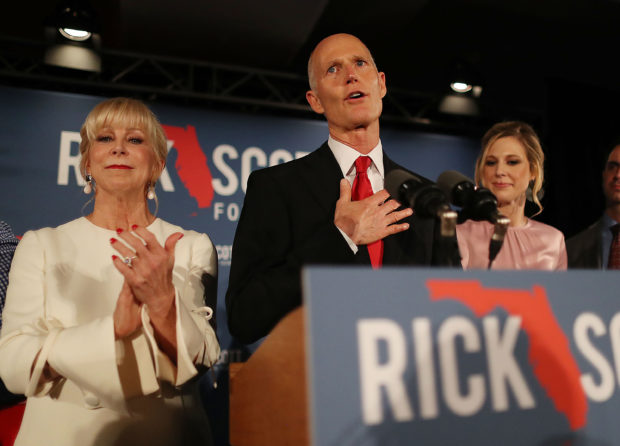 The supervisors refused to share where the additional ballots were coming from and how many were left to count, leading Republicans in the state to cry foul.

The media swiftly rebuked Republican concerns of potential fraud or misconduct as “conspiracy theories” cooked up to deny Democrats the election.

Will Sommer of The Daily Beast wrote, “Republican and internet conspiracy theorists are freaking out as new ballots threaten their Florida Senate win.”

Man. Some folks in Florida need to lay-off the Cuban coffee. Stop spreading conspiracy theories and let the process play-out. We need to get every vote counted so that Floridians can accept the legitimate winner, whomever it may end up being.

Vox alleged that Republicans are only upset with the process “because [Democrats are] counting all of the votes cast in the Florida Senate race.”

Republicans going hard on Florida because it worked once before and got them an entire presidency!

Despite the media’s dismissal, Republicans have already proved that election supervisors in the deep-blue counties of Broward and Palm Beach are acting improperly.

A judge ruled in favor of Scott in both cases, ordering Bucher to submit “over-voted” and “under-voted” absentee ballots for public review, and ordering Snipes to hand over voter information.

Neither Bucher nor Snipes had complied with the court order by the 7 pm deadline Friday night.

EXCLUSIVE – Palm Beach County Elections Supervisor Susan Bucher says it will be impossible to meet court ordered deadline to turn over ballots that her staff made decisions on – asking for emergency reconsideration hearing. @WPBF25News pic.twitter.com/MX3P9Gp16I

Meanwhile, the Miami Herald reported late Friday night that Snipes had “accidentally” mixed bad provisional ballots with good ones, making it nearly impossible to determine which of those votes should be counted. 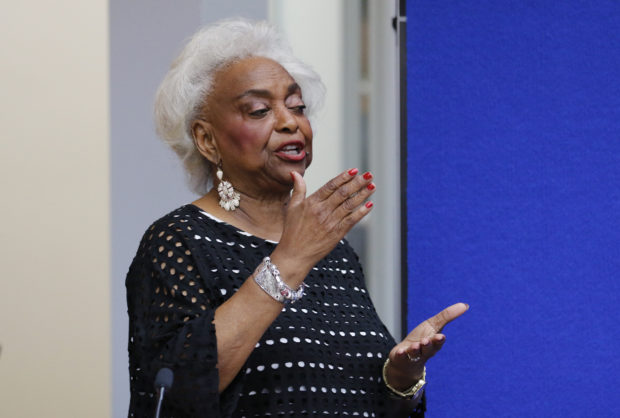 “There are at least 20 illegal votes mixed into an anonymous pile of 205 [provisional ballots], all sitting in a machine that counted them but did not add them to the final count,” the Herald explained.

The Federalist’s Mollie Hemingway broke down the other ways in which the two counties had failed to follow Florida law — despite 65 out of 67 of Florida counties (including the ones devastated by hurricanes) doing it correctly.

Florida law also requires that vote-by-mail and absentee ballots are accounted for within 30 minutes of polls closing. While the other 65 counties in Florida had no problem following this state law, the supervisors of Broward County and Palm Beach County refused to follow that law.

Florida law also requires that the Department of State be given reports every 45 minutes until results are completely filed. Palm Beach County has refused to do this.

Finally, The Daily Caller News Foundation’s Luke Rosiak reported Saturday that lawyers for Nelson and Democratic gubernatorial candidate Andrew Gillum objected to non-citizen votes being thrown out during a review of provisional ballots.

The media has refused to admit the aforementioned improprieties could be an attempt to cover up fraud or that a lack of transparency makes fraud more likely.

CNN’s Chris Cuomo argued as much in an interview with Republican Florida Rep. Matt Gaetz on Friday night. Gaetz pointed out in response that “when litigants hide evidence or potentially destroy evidence, there are adverse inferences drawn against those litigants.”

Radio and HillTV host Buck Sexton pointed out the media’s willful ignorance of why there are real concerns about the vote-counting process in a tweet Saturday. (RELATED: Sen. Graham Compares Florida Vote Count To Kavanaugh: ‘The Law Be Damned!’)

“Plenty of evidence of vote tampering and fraud, which is a precursor to election theft,” Sexton wrote. “The media is running narrative interference until the theft is achieved. Then it’s too late.”

“Without evidence” of election theft, sure. Because the election hasn’t been stolen *yet*-

Plenty of evidence of vote tampering and fraud, which is a precursor to election theft.

The media is running narrative interference until the theft is achieved. Then it’s too late. https://t.co/50xonRnoHZ