San Francisco and New York have long been hubs for the tech and banking industries, respectively. Both industries, however, seem to be moving away from this hub to take advantage of the benefits offered by other locations across the nation.

Amazon is reportedly strongly considering New York City as one of two cities to set up their second headquarters. This could be “fuel in the engine” for companies looking to establish centers in New York, said Daniel Ives, managing director of equity research at Wedbush Securities, according to NBC.

“When you have stalwarts like Google and potentially Amazon, it will launch a next phase of hyper-growth for tech companies in New York and the broader tri-state area,” Ives said. “It’s going to be a land grab.” 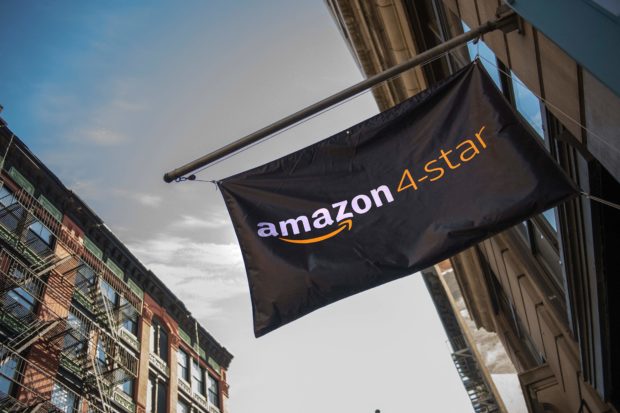 Amazon opens a new store where everything for sale is rated 4 stars and above, is a top seller, or is new and trending on Amazon.com in SoHo neighborhood of New York on September 27, 2018. (Photo by Jim WATSON / AFP)

In regard to banking companies, AllianceBernstein, which manages $554 billion in assets, is in the process of moving its headquarters to Nashville, Tennessee, which will create around 1,050 jobs.

Some other examples of banks either establishing themselves or expanding their presence in other parts of the country in recent years are Credit Suisse in Raleigh, North Carolina, Goldman Sachs in Salt Lake City, and Deutsche Bank in Jacksonville, Florida. 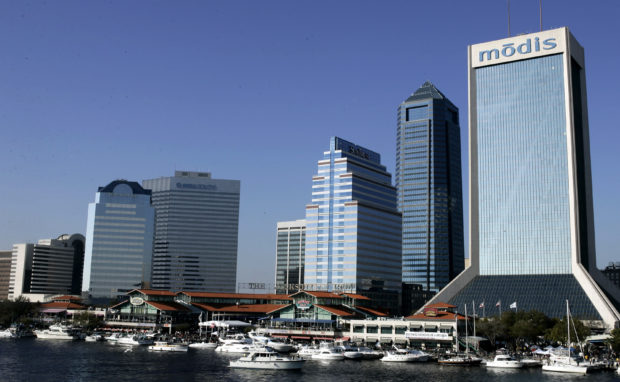 JACKSONVILLE, FL – FEBRUARY 4: A general view of the St. John’s River and the skyline of downtown Jacksonville on February 4, 2005 before Super Bowl XXXIX in Jacksonville, Florida. (Photo by Scott Halleran/Getty Images)

“Moving our corporate headquarters here allows us to offer advantages to our employees that we simply couldn’t in the New York metro area,” Seth Bernstein, president and CEO of AllianceBernstein said during a press conference in May according to CNBC. Lower cost of living is one of the key reasons for the change in location.

On the other hand, the movement of tech companies to New York is extremely beneficial to both the government and the companies themselves.

“What happens is: when these big tech companies get more integrated into the fabric of local society, it is harder for government entities to lay the hammer on them,” said Patrick Moorhead, principal analyst at Moor Insights & Strategy, according to NBC. “And it’s important that these companies have a New York base. It’s a huge business hub and close enough to D.C. to get on a train and go and lobby.” 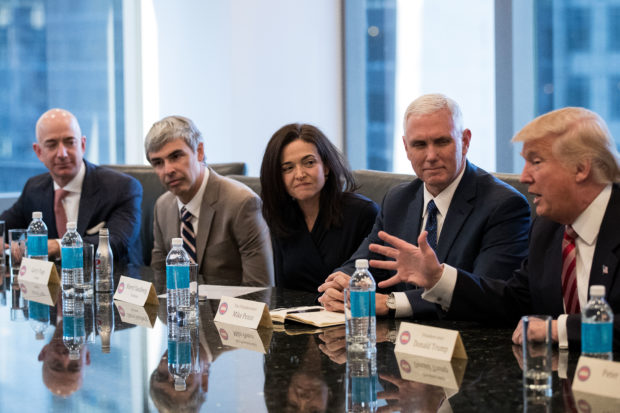 The city’s tech transformation could create a bidding war between banks and traditional tech companies when it comes to attracting developer talent.

“I would expect wages for all tech talent to go up, but over the long term, I expect more local universities to add tech curriculum to crank out more technologists,” said Moorhead. (RELATED: Trump Doles Out $1.2 Billion To States For Technical Education)

“It has become a flywheel now that has really started to expand,” Ives said. “I think over the next five to seven years, you are going to see an explosion of tech companies in the 212 area code.”