Giant e-cigarette company Juul announced it would temporarily stop selling several flavors of its e-cigarette pods ahead of an expected announcement from the Food and Drug Administration about the agency’s plans to crack down on teen usage of nicotine products.

The company said Tuesday it is deactivating its Facebook and Instagram accounts, where it posted photos that made using Juuls seem glamorous and mature, reported Marketwatch. 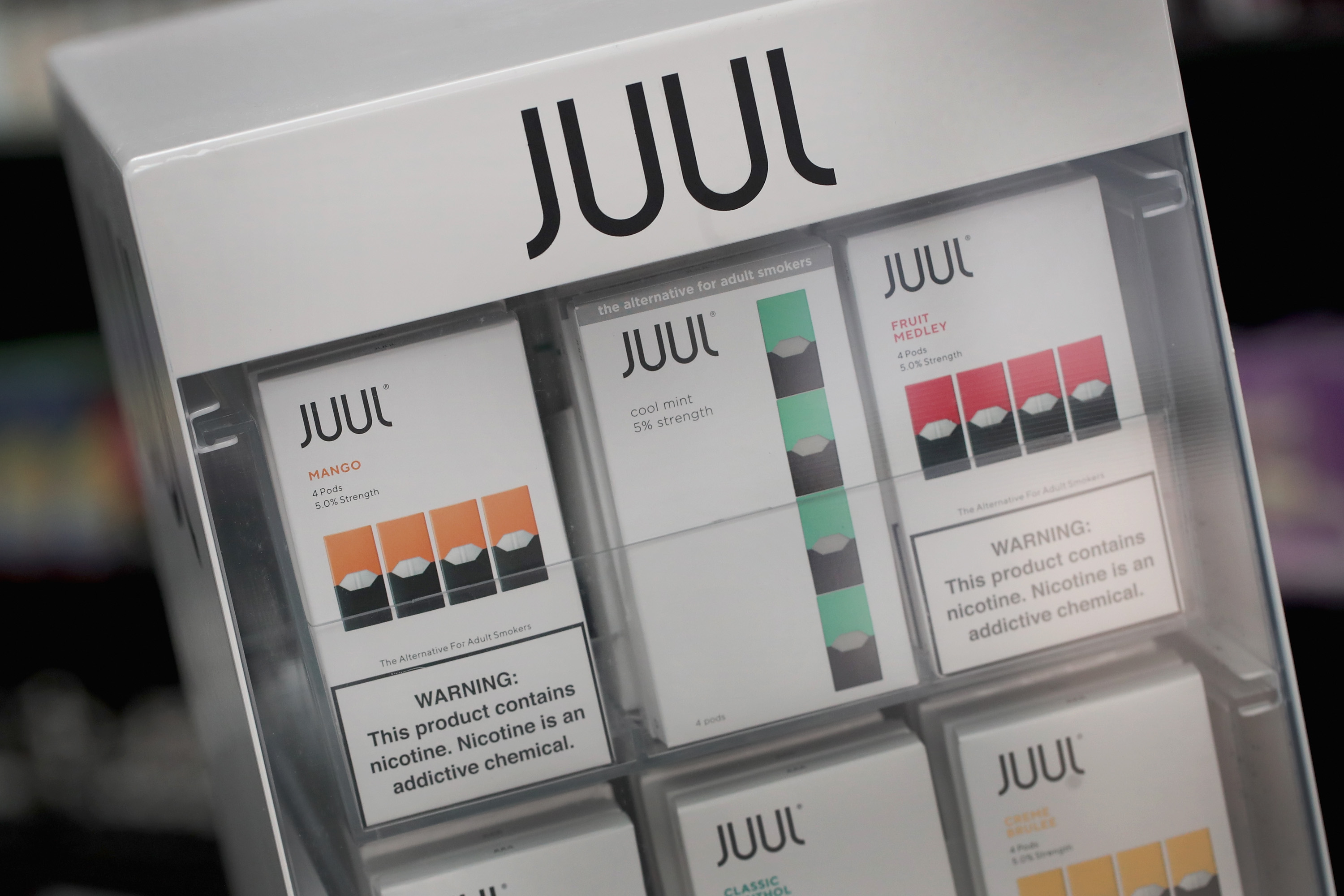 Electronic cigarettes and pods by Juul, the nation’s largest maker of vaping products, are offered for sale at the Smoke Depot on September 13, 2018 in Chicago, Illinois. Scott Olson/Getty Images

Juul Labs will suspend sales of mango, fruit, creme and cucumber pods to retail outlets Tuesday, but will continue selling menthol, mint and tobacco flavors, its chief executive Kevin Burns said, according to The New York Times. Juul will once again stock the controversial flavored pods at retail outlets that institute age-verification measures, reported The Times.

The announcements come after the FDA seized documents from Juul’s San Francisco headquarters to look for evidence the company markets to teens on Sept. 29, reported CBS News. The FDA plans to release a formal plan for age verification measures to purchase flavored e-cigarette products and more, reported The Times. (RELATED: FDA To Ban In-Store Sales Of Many Flavored E-Cigarettes To Keep Them Away From Teens)

Recent reports that the FDA wants to ban menthol cigarettes as well as cut down on teenagers’ usage of e-cigarettes have reflected FDA Commissioner Scott Gottlieb’s urgent tone when discussing nicotine and tobacco trends in the U.S. 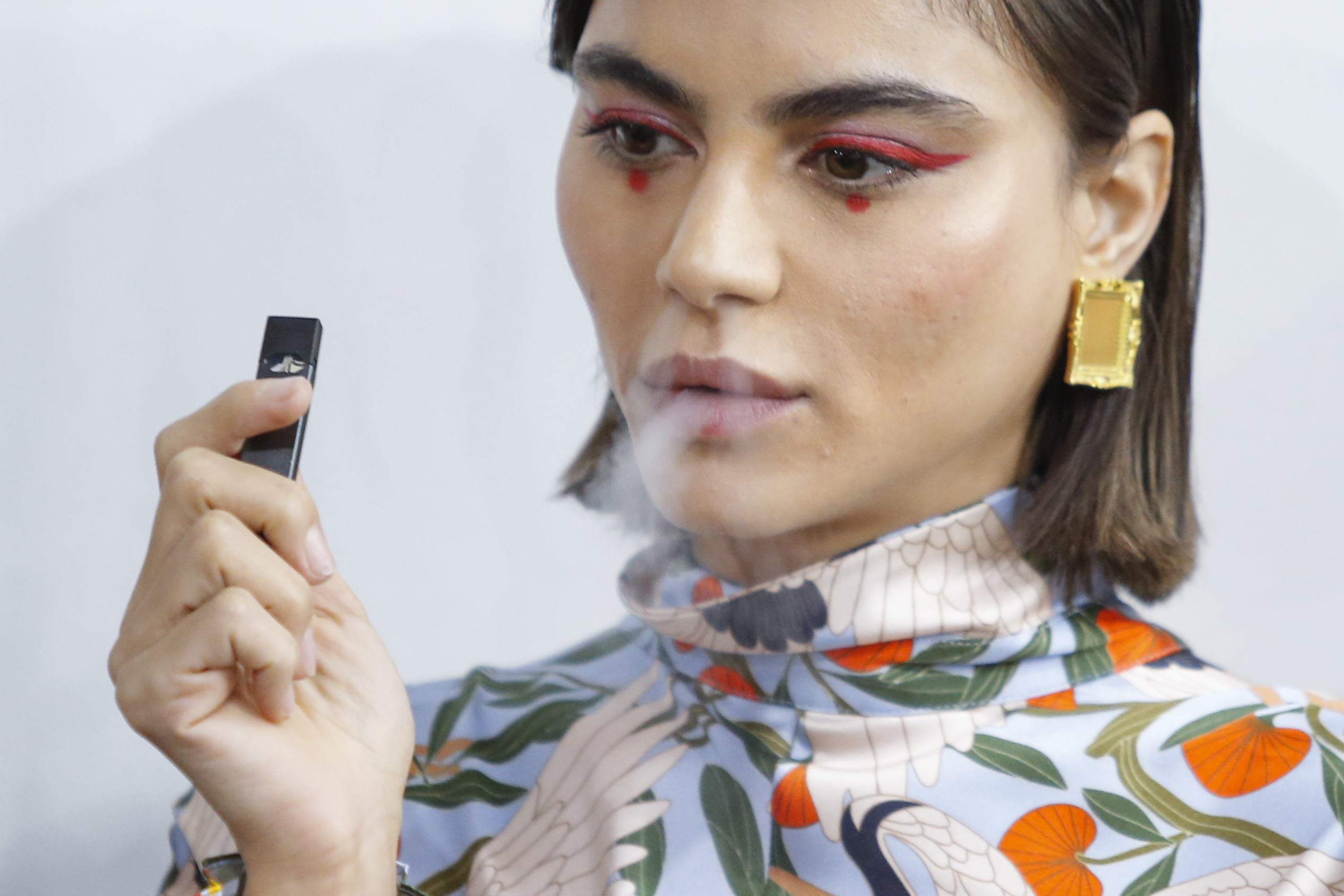 “It is crucial that e-cigarettes do not become an on-ramp for children to become addicted to nicotine. But at the same time, we believe e-cigarettes can be an important off-ramp for adults who are addicted to combustible cigarettes,” Gottlieb and Health and Human Services Secretary Alex Azar wrote in a Washington Post op-ed on Oct. 11.

“It is a positive step that the FDA recognizes the critical role flavors play in the skyrocketing youth use of e-cigarettes and is planning action to reduce the widespread availability of flavored e-cigarettes,” the American Lung Association said in a Friday statement in response to news of a possible FDA crackdown. “But the details will be critical, and the FDA needs to go further. To reverse the epidemic of youth e-cigarette use, the FDA needs to stop the sales of all flavored e-cigarette products that have not been subject to public health review by the FDA as the law requires.”

Critics of e-cigarettes claim teens start vaping mainly because of the variety of flavors like creme brulee, mango and even mimosa.

“Our intent was never to have youth use Juul,” Burns wrote in a statement emailed to reporters according to The Times. “But intent is not enough. The numbers are what matter and the numbers tell us underage use of e-cigarettes is a problem.”

Juul has a valuation of roughly $15 billion and was planning expanding into the international market in July.

The FDA fines some retailers that sell e-cigarette products and accessories to minors, according to WaPo. The FDA even launched a “blitz” against 40 retailers to crack down on illicit sales in April.