U.K. Prime Minister Theresa May’s campaign to sell a draft Brexit agreement to Parliament was on the verge of collapse Thursday, as two senior members of her cabinet resigned in protest and conservative lawmakers called for a confidence vote to challenge her leadership.

Meanwhile, Brexit-backing conservatives in the powerful European Research Group, led by Jacob Rees-Mogg, have called for a vote of no confidence in May, the Daily Star reported.

“Regrettably, the draft Withdrawal Agreement presented to Parliament today has turned out to be worse than anticipated and fails to meet the promises given to the nation by the Prime Minister, either on her own account or on behalf of us all in the Conservative Party Manifesto,” Rees-Mogg wrote in a letter to the Tory Party.

On the other side, Labour Party leader Jeremy Corbyn said May’s plan did not meet his party’s six-point test for an acceptable deal. He promised Labour MPs would not support the plan.

“The government must withdraw this half-baked deal,” Corbyn demanded in a contentious session in the House of Commons, according to the Wall Street Journal.

The Brexit draft in question is based on May’s “Chequers” plan, which conservative Brexiters had already derided as a “soft” exit from the EU. It largely keeps Britain wedded to EU tariffs and economic regulations, but without a way to influence policymaking in Brussels.

Opponents on May’s right and left consider the deal to be the worst of both worlds, with Britain unable to strike its own trade deals with non-EU countries. They have also opposed its provisions on Northern Ireland, which leave the country more closely tied to the EU than the rest of the U.K.

In his resignation letter, Raab called the deal’s regulatory framework for Northern Ireland “a very real threat to the integrity of the United Kingdom.”

“I cannot reconcile the terms of the proposed deal with the promises we made to the country in our manifesto at the last election,” Raab wrote. “This is, at its heart, a matter of public trust.” 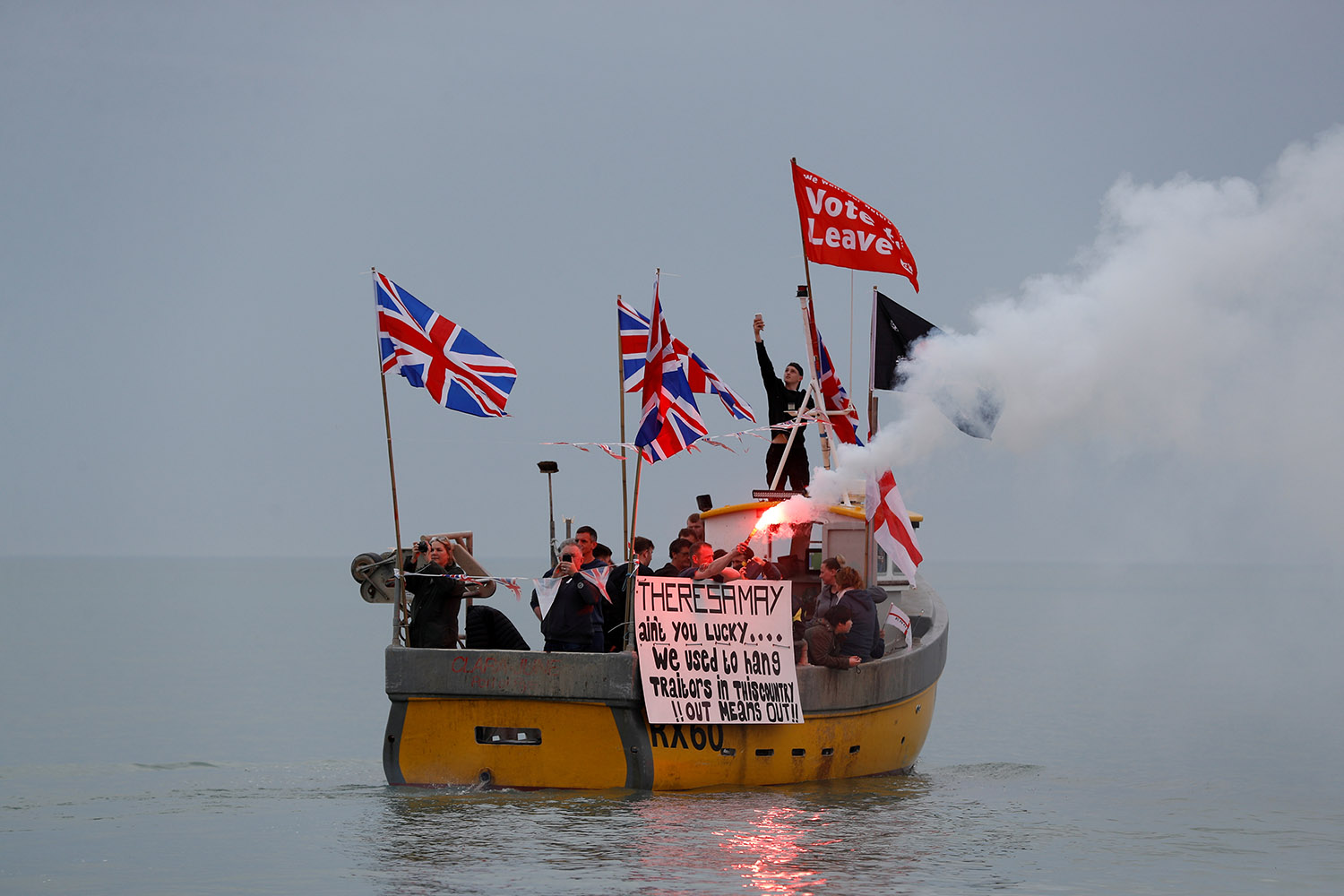 A parliamentary vote on the Brexit draft has not been set, but is expected to happen after the EU council holds its own vote on Nov. 25. May will need about 320 of the 650 members in Parliament to support the plan, but it remains unclear if she has the numbers.

May laid out three options for Britain going forward in a statement Wednesday — a deal that “brings back control of our money, laws and borders,” a no-deal Brexit, or not leaving the EU at all.

“The choice was this deal, which enables us to take back control and to build a brighter future for our country, or going back to square one with more division, more uncertainty and a failure to deliver on the referendum,” May said.