The Department of Justice (DOJ) is preparing charges against Wikileaks founder Julian Assange, The Wall Street Journal is reporting.

Prosecutors believe they will be able to try Assange in an American courtroom, sources told TheWSJ.

The 47-year-old Australian national is living under asylum in the Ecuadorian embassy in London. 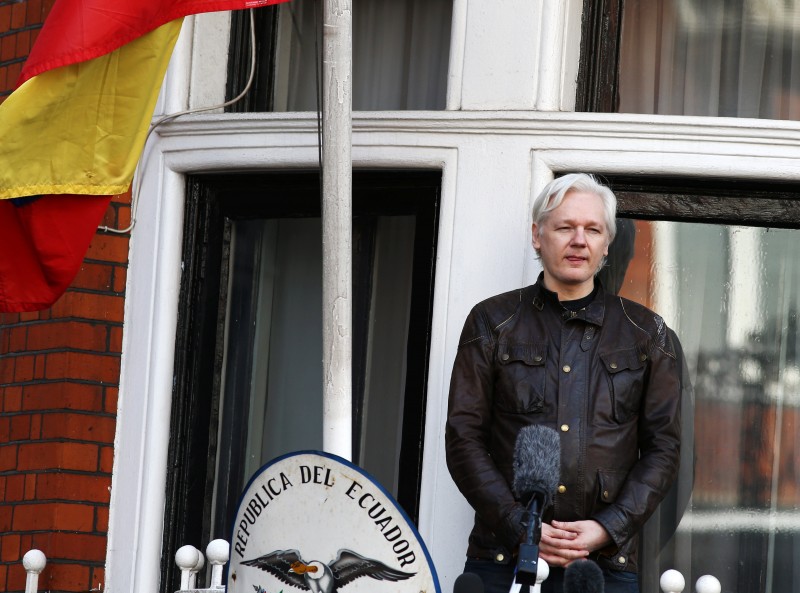 Wikileaks founder Julian Assange speaks on the balcony of the Embassy of Ecuador in London, Britain, May 19, 2017. REUTERS/Neil Hall

Wikileaks published the pilfered documents before the 2016 presidential election. Special counsel Robert Mueller charged 12 Russian intelligence agents with hacking the documents and releasing them through Wikileaks.

Assange has refused to disclose his source for the stolen emails but has denied receiving them from Russians.

Assange has lived in the Ecuadorian embassy since 2012, but relations between the two sides have reportedly soured following the election of Lenin Moreno as president of the South American nation. Moreno has referred to Assange as a “hacker” and an “inherited problem.” (RELATED: Bombshell Text Messages Support Roger Stone’s Claims About WikiLeaks Back Channel)

It is unclear from TheWSJ report whether charges will be prepared for any American nationals. It is also unclear whether Mueller’s team will be involved in any case brought against Assange.

Mueller is investigating any links between Wikileaks and Trump associates. The investigation is currently focused on Roger Stone, a longtime Trump confidant who claims he received vague updates about Wikileaks’ plans from Randy Credico, a left-wing radio host who has met Assange several times and is close friends with a Wikileaks attorney.

Stone released text messages Wednesday showing Credico tipped him off to Wikileaks’ plans to release information that he said would hurt the Clinton campaign. Stone has said Credico did not tell him specifics about the information.