Both NBC and MSNBC have been airing reports critical of Dr. Ben Carson’s record as secretary of House and Urban Development, but have largely neglected to mention the Democratic Party’s obstinance in getting key personnel confirmed to the agency in order to fix systemic programs that have plagued multiple generations as well as the poor record of previous administrations.

One key issue that NBC has identified is that more American families are living in poor housing conditions under Carson’s tenure than any other HUD secretary. (RELATED: Board Considers Removing Ben Carson From Detroit High School’s Name)

“An NBC News investigation has found that more than 1,000 out of HUD’s nearly 28,000 federally subsidized multifamily properties failed their most recent inspection — a failure rate that is more than 30 percent higher than in 2016,” a report concluded.

Yet even President Barack Obama’s HUD secretary, Julian Castro, acknowledged the poor results that came back during inspections during a hearing in March 2016.

In response, Carson told The Daily Caller News Foundation that previous HUD secretaries have mostly been “applying Band-Aids instead of treating the wound.”

“We are in discussions with our Acting Inspector General to address this problem. These families deserve an all-hands-on-deck approach across local, state, and federal government,” Carson added. 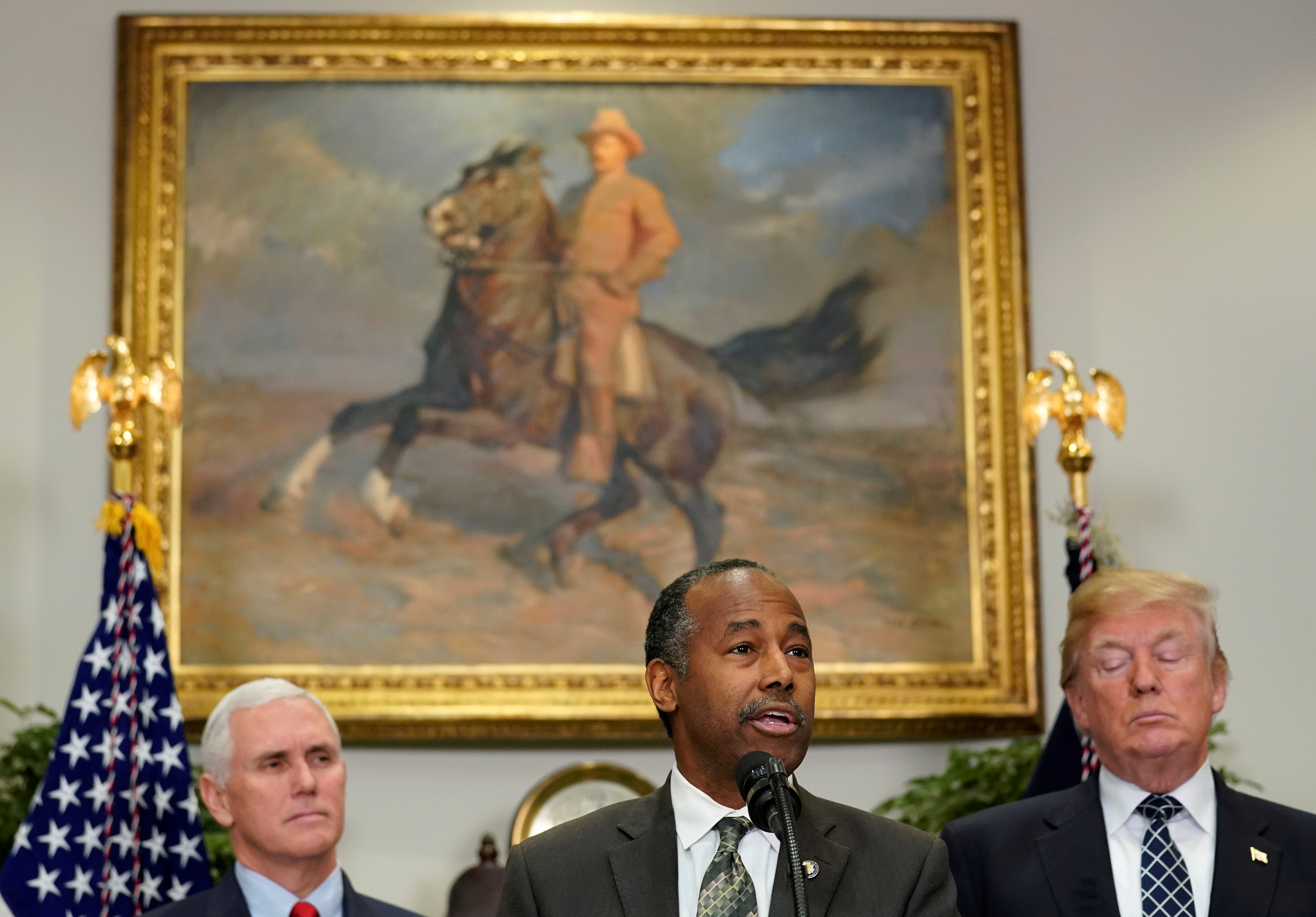 Reports have also blamed a lack of staffing on the poor treatment of families in HUD’s system, yet reductions in personnel have been ongoing since 2010. More than 2,300 jobs have been cut from the agency since 2010, said Carson’s spokesperson.

In addition to staff cuts, Senate Democrats have blocked a number of nominations by President Donald Trump to high-level positions within HUD.

The agency’s assistant secretary for Public and Indian Housing, Hunter Kurtz, was nominated Sept. 19, 2017. Kurtz is hard to be viewed as a political figure — he has a number of years of experience working for HUD throughout multiple presidential administrations.

Others, like the nominee for assistant secretary for Policy Development and Research, Seth Appleton, have been stuck in a nomination limbo for nearly 250 days. His experience matches that of other HUD nominees, including Rae Oliver, who was nominated over 100 days ago.

In response, Carson has laid most of the blame on Senate Democrats. A number of changes, like the cap on the Rental Assistance Demonstration, Carson claims, could lead to major improvements throughout the agency.

“We need Congress to eliminate the cap on RAD so we can expand this effort. We need support from all PHAs so we can work seamlessly to meet the needs of our fellow Americans, and we need the Senate to finally confirm our Assistant Secretary for Public and Indian Housing,” Carson told TheDCNF.